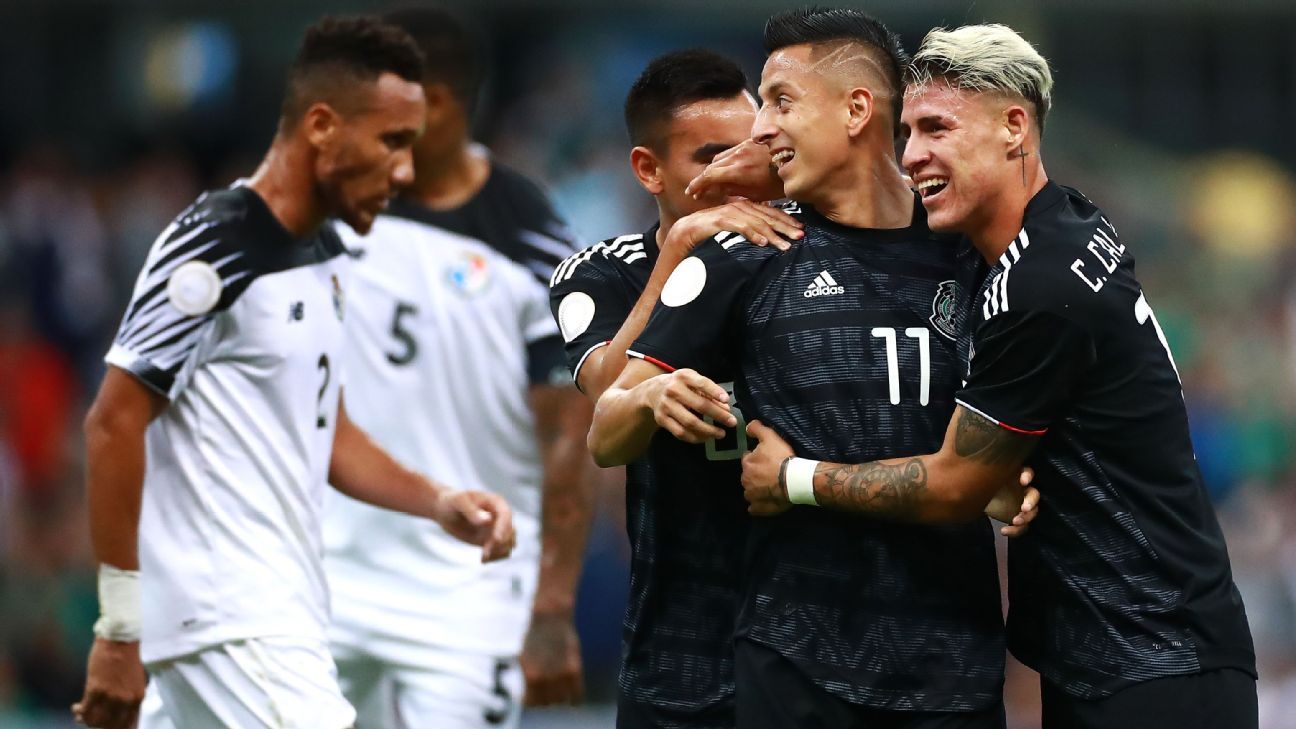 Roberto Alvarado and Jose Juan Macias scored on either side of halftime as Mexico cruised to a 3-1 win over Panama in a CONCACAF Nations League match on Tuesday in Mexico City.

Alvarado got Mexico on the scoreboard in the 28th minute when a shot from the top of the penalty area.

– CONCACAF Nations League: All you need to know

Mexico gifted the visitors a goal right before the break when Carlos Salcedo knocked an own goal off Edgar Barcenas’ attempted cross.

Hirving Lozano left the match in the 62nd minute after Fidel Escobar came down hard on the Napoli star’s left ankle.

Macias, who came in Lozano, scored in the 75th minute for the go-ahead goal for Mexico and his fourth in three matches for El Tri.

Rodolfo Pizarro sealed the game with a stoppage goal in the 93rd minute.

Mexico’s next Nations League match comes on Nov. 15 when they host Bermuda, and then travel to Panama four days later.

The four group winners of the Nations League advance to the knockout round semifinals in June 2020.