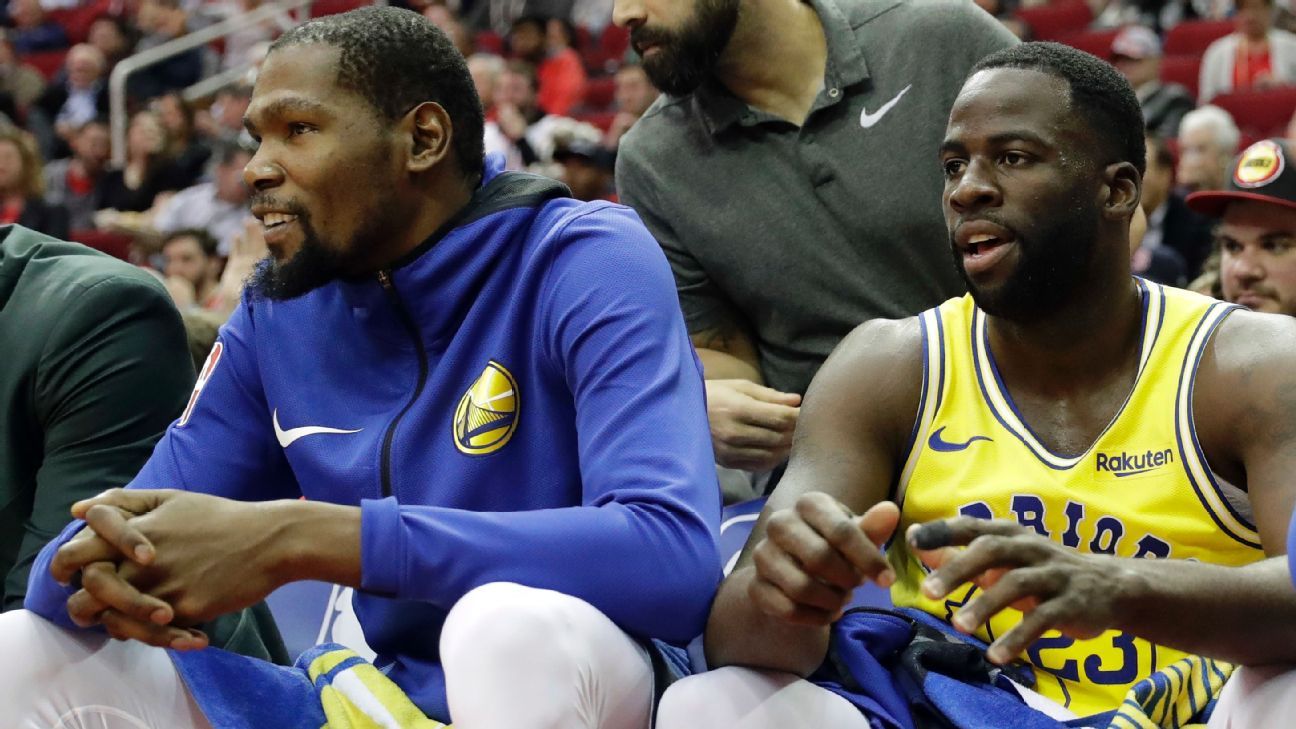 NEW YORK — Kevin Durant said his altercation with Draymond Green last November was one of many factors that ultimately led him to leave the Golden State Warriors for the Brooklyn Nets in free agency.

“I wish that wouldn’t have happened,” Durant said on Thursday.

Durant’s comments came during a wide-ranging interview on ESPN’s First Take, where the former NBA MVP discussed his free-agency decision, his rehab from an Achilles injury and his new teammate Kyrie Irving.

The on-court disagreement between Durant and Green happened after a loss to the LA Clippers last season. The All-Stars continued to exchange words back in the locker room, and Green ultimately was suspended for one game without pay by the Warriors.

At the time, Durant’s free agency loomed over the franchise.

Green addressed the incident earlier this month during an interview with ESPN’s Adrian Wojnarowski on The Woj Pod. Green said his suspension caused him to question his standing with the franchise and that he started to tell himself, “Oh my god, the Warriors sided with Kevin Durant.”

“I just had to accept the fact that I was wrong,” Green said on the podcast. “And once I was able to get over my stubbornness and accept the fact that I was wrong, I was able to move on. I lost [Durant’s] trust. How do I get that back? Not so we can win a championship or we can win some games … but I actually loved this guy, like that’s really my brother. And so not knowing what’s next in our relationship bothered me more.”

Durant said Thursday that both sides were motivated to “mend it fast,” but each had their own process to do so.

In addition to his comments about Green, Durant doubled down on the fact that he will not be returning to the court during the 2019-20 season. The 10-time All-Star suffered a ruptured Achilles this past June during Game 5 of the NBA Finals.