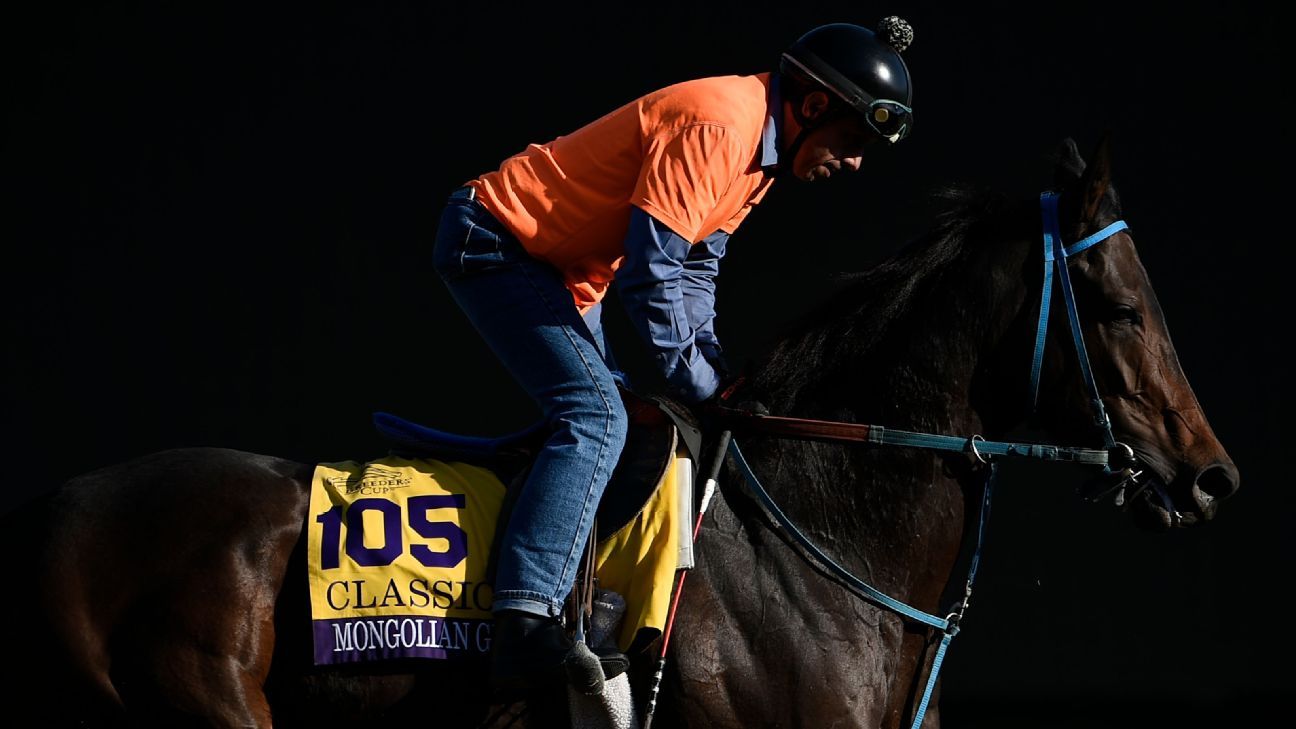 Mongolian Groom was euthanized after running in the $6 million Classic at the Breeders’ Cup at Santa Anita, the 37th horse to die at the California track since December.

The marquee race was the last of the two-day world championships, which had seen 13 other Cup races run without injury. Mongolian Groom was part of the early pace in the 1¼-mile race, but jockey Abel Cedillo pulled up the 4-year-old gelding near the eighth pole as the rest of the field charged toward the finish line.

A green screen was rushed onto the track to block Mongolian Groom from the view of 67,811 fans and a prime-time television audience. He was loaded onto an equine ambulance and taken to a hospital on the backstretch.

Hours later, the track announced the horse had been euthanized after veterinarians identified a serious fracture to his left hind hip.

“The death of Mongolian Groom is a loss to the entire horse racing community,” a statement from Breeders’ Cup Ltd. said. “Our equine and human athletes’ safety is the Breeders’ Cup’s top priority. We have worked closely with Santa Anita leading up to the World Championships to promote enhanced equine safety. Santa Anita has implemented numerous industry-leading reforms to enhance the existing health and safety measures with the intent of providing a safe racing environment.”

Mongolian Groom had three wins in 16 career starts and earnings of $579,141. He was coming off a victory over Classic favorite McKinzie in the Awesome Again Stakes on the same track in September.

Bred in Kentucky by Calumet Farm, Mongolian Groom is trained by Ganbat Enebish and owned by Mongolian Stable, the name of Ganbaatar Dagvadorj’s racing operation. His best horse was 2015 Turf Sprint winner Mongolian Saturday, who like Mongolian Groom was a 15-1 shot in the Breeders’ Cup.

The horses’ deaths have led Santa Anita owner The Stronach Group to rush to implement changes to rules involving medication and training. The Breeders’ Cup also beefed up its own prerace exams and observations of Cup runners.

Four horses were scratched Saturday from Cup races after pre-race exams by vets found issues concerning enough to keep them in their barns.

Earlier in the day, protesters angered by the 36 previous deaths stood outside Santa Anita toting signs urging the end of the sport in California. A short distance away, industry workers feeling pressured by the prospect of losing their jobs rallied to promote racing.

Vino Rosso won the $6 million Classic at the Breeders’ Cup by 4¼ lengths, upsetting McKinzie, the 5-2 favorite.