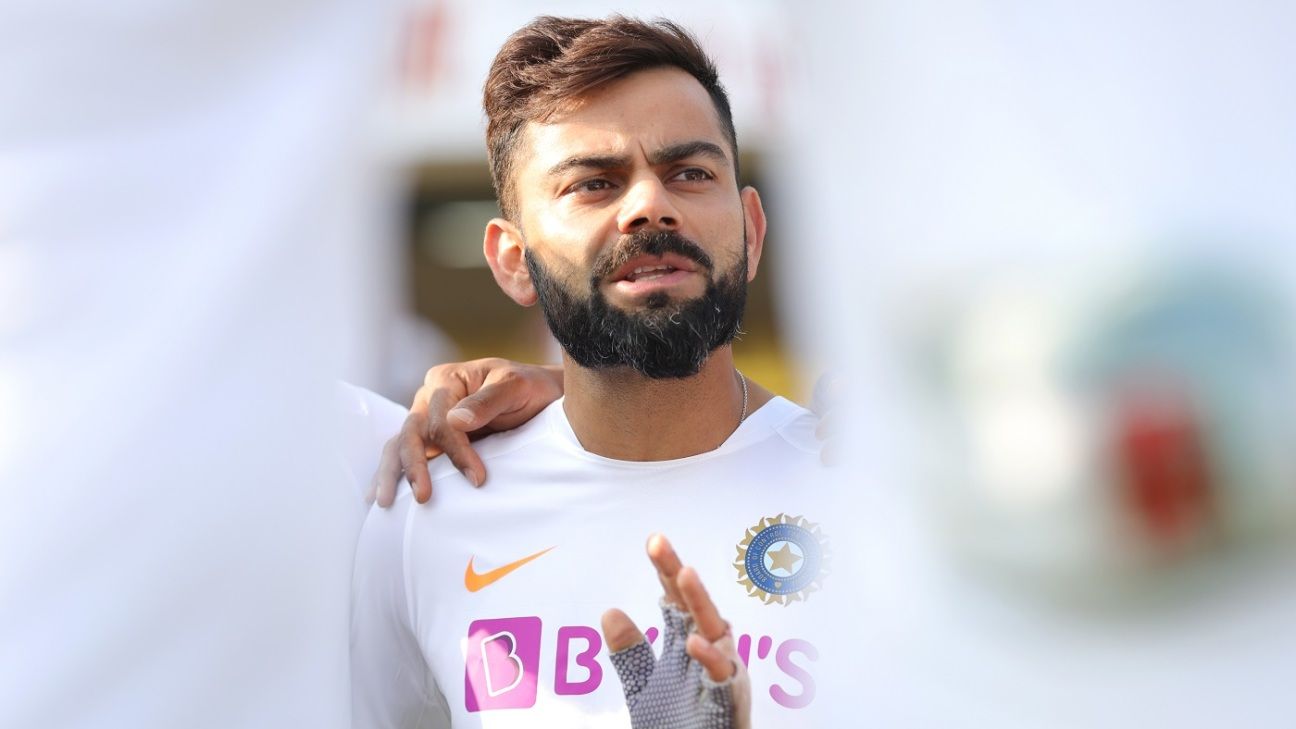 Virat Kohli‘s India have blown away oppositions at home – just ask South Africa and Bangladesh who were at the receiving end recently. And armed with an incredible bowling attack, they’ve also established their dominance overseas, including winning a historic Test series in Australia in January earlier this year. So, are India the best team in the world now?

India have been perched at No. 1 on the ICC’s Test ranking for a few years now, and Kohli also believed that they’re one of best teams overall. “If you look at teams across formats now, I would say we’re in the top-two teams in the world,” Kohli told India Today. “And we’re very proud of that because we started off with a young bunch and transition is never easy but the guys have slowly understood the importance of belief and understanding their role in taking Indian cricket forward. So, insecurity about their own game has vanished. If you see we enjoy each other’s success and company and everyone is just wanting to help one way or the other for the betterment of Indian cricket team and in return the betterment of Indian cricket as a whole.”

India have chalked up some consistent performances across formats, but Kohli is yet to lift a global trophy as captain. India have not won an ICC global tournament since 2013, when MS Dhoni’s men clinched the Champions Trophy. Incidentally, that was Kohli’s second global title after being part of Dhoni’s 2011 World Cup-winning team.

The missing global title was something that the newly-appointed BCCI president Sourav Ganguly also pinpointed in October.

Kohli conceded that winning an ICC title was “like an obsession”, but prioritised process over results and numbers. He also said that his side relished being under pressure and finding a way past it.

“You could say winning an ICC tournament is like an obsession or like a wish that people have, which is a beautiful thing to wish for becaus it’s seen at a global level and every cricketer would want to win that,” he said. “But if you ask me, honestly I didn’t ever think I would be part of the winning World Cup team in my first World Cup or two years down the line we will win the Champions Trophy as well. I never thought of these things but it happened. So, it was meant to happen for us.

“But, in hindsight you can look at a lot of things. We obviously have the desire to win big tournaments and big series and we want to give our best effort possible. But, if you focus on things which are only based on success and numbers and results, you don’t enjoy the process. We play well as a team because we enjoy the process.”

Kohli himself has been the central figure behind India’s bumper run ever since he took charge as captain in all formats in 2016. In his quest to make India the best team ever, he has been very particular about not compromising on his fitness. Working on his diet and monitoring his sleeping habits, Kohli said, helped him be energetic on the field. But, how does he maintain peak intensity at all times?

“Basically, I hate losing in anything,” he said. “That’s how a sportsman is made up. That’s the make-up of any sportsman competing at the highest level. So, that’s a given. No-one is fine with losing or failing. You accept it, you process it – that’s different. But, the most important thing for me to do anything on the field is I don’t want’ any maybes or what-ifs.”

One of the key ingredients behind India’s unprecedented success in recent years is the depth in their attack, especially the well-rounded fast bowling contingent. In the recently-concluded home season, both Jasprit Bumrah and Bhuvneshwar Kumar were unavailable, but Ishant Sharma, Mohammed Shami, and Umesh Yadav fired collectively, helping the team notch up four successive innings victories.

Kohli said that while there is “healthy competition” among the pack of pacers it is the camaraderie they share with each other that makes the attack special.

“No-one is wanting to outdo someone else,” he said. “They’re like a bunch of friends wanting to help each other. [There’s] healthy competition but the trust they’ve on each other, I’ve never seen them have an argument… a serious one. No jealously. Zero. That’s their biggest strength. They don’t care whether a Shami is at No. 7 now, Jassi [Jasprit Bumrah] is at whatever ranking he’s or Ishant is not. Ishant is happy , he has played 90 Tests and he understands he’s a very important part of team India – of inspiring the next lot of fast bowlers. That to him is more special than a ranking of ten players in the world and so on and so forth. So, full credit to these guys for being able to create this aura around them because of that friendship, belief and the intent being in the right place.”

Earlier this week, Rahul Dravid, the head of cricket at the National Cricket Academy (NCA), reckoned that India’s fast-bowling renaissance at the international level has inspired the next-gen quicks too.

“Every year now in Under-19 cricket, we’ve had some very good fast bowlers. Last time, we had three of them in Kamlesh, Shivam and Ishan [Porel]. This year also you will see some good fast bowlers in the team,” Dravid had said.”When you have role models and you have heroes like the senior team… I think what Ishant [Sharma], [Mohammed] Shami, Umesh [Yadav], Bhuvneshwar Kumar and [Jasprit] Bumrah are doing, is they are actually in a way becoming role models for a lot of younger generation of boys who believe now they can be fast bowlers. They can bowl fast and be successful in India. It’s great to see that. Obviously we had people like Kapil [Dev], Sri [Javagal Srinath], Zaheer [Khan] and all in the past. But as a group, this is probably one of the best fast-bowling attacks we have ever had. I think that’s a great inspiration for a lot of these young boys.”