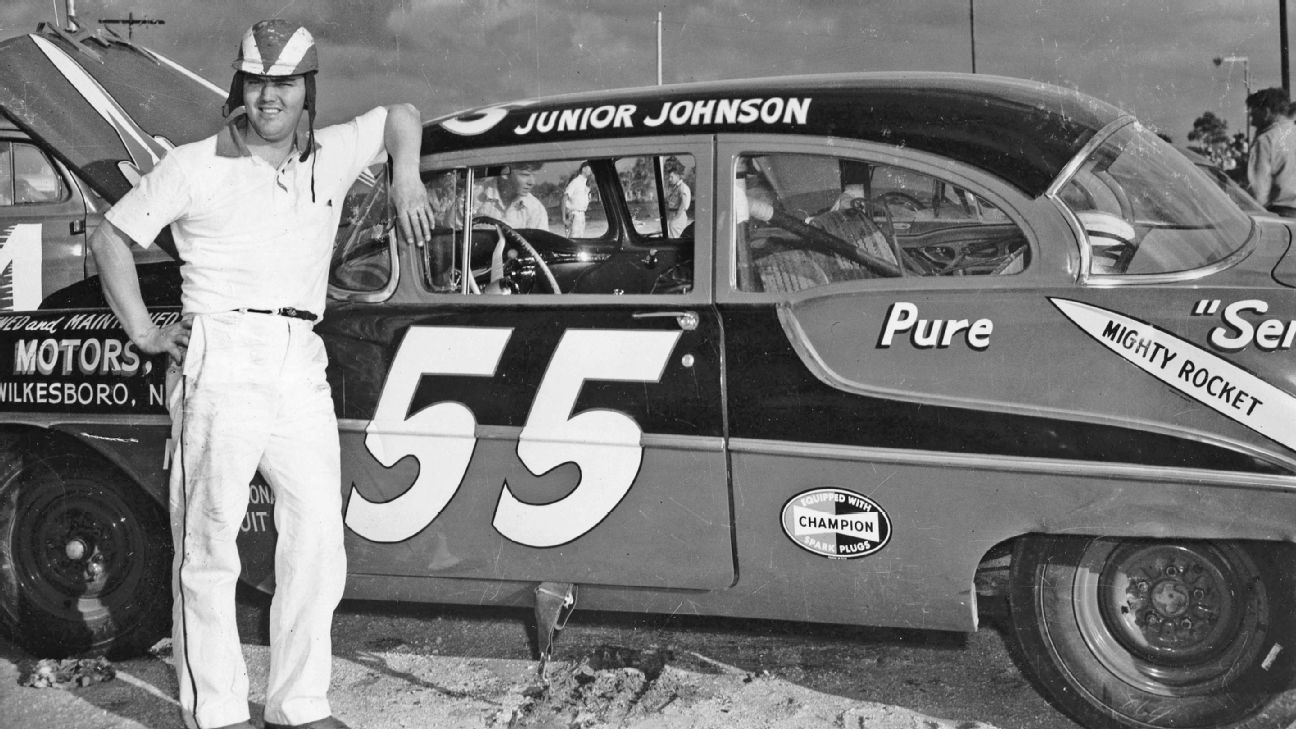 Junior Johnson, a bootlegger turned NASCAR Hall of Famer immortalized as the “Last American Hero,” has died, NASCAR announced. He was 88.

NASCAR said Johnson had been in declining health and had entered hospice care this week.

“Junior Johnson truly was the ‘Last American Hero,'” NASCAR Chairman and CEO Jim France said in a statement. “From his early days running moonshine through the end of his life, Junior wholly embodied the NASCAR spirit. He was an inaugural NASCAR Hall of Famer, a nod to an extraordinary career as both a driver and team owner. Between his on-track accomplishments and his introduction of Winston to the sport, few have contributed to the success of NASCAR as Junior has. The entire NASCAR family is saddened by the loss of a true giant of our sport, and we offer our deepest condolences to Junior’s family and friends during this difficult time.”

A member of the inaugural Hall of Fame class inducted in 2010, Johnson won 50 races as a driver and 132 races and six championships as a car owner in NASCAR’s Cup Series.

The on-track success alone makes Johnson a NASCAR immortal, but it’s Johnson’s life story taken as a whole that made him a legend of the sport.

Growing up in then-rural Wilkes County, North Carolina, Johnson not only ran moonshine, but worked at his father’s still. Found working there by federal agents, Johnson served 11 months of a two-year federal sentence after his conviction for manufacturing non-tax-paid whiskey.

Johnson received a full and unconditional pardon from President Ronald Reagan in 1985.

The NASCAR world mourns the passing of Hall of Famer Junior Johnson, who has died at the age of 88: https://t.co/QBv0RjnB47 pic.twitter.com/MqcKrT8MA0

Johnson earned his first five Cup Series wins in 1955, but the conviction saw him run just 13 races the following year and only one in ’57 before he resumed his career in earnest. Despite never running the full schedule, Johnson won 45 races from 1958-65.

With NASCAR’s notoriety largely limited to the southeast in the sport’s formative years, Johnson’s profile grew nationwide in March 1965 when Esquire published Tom Wolfe’s now-legendary feature: “The Last American Hero is Junior Johnson. Yes!” The piece summed up Johnson thusly: “Junior Johnson is one of the last of those sports stars who is not just an ace at the game itself, but a hero a whole people or class of people can identify with.”

Johnson retired after the 1966 season, remaining active in the sport as a car owner. During his driving days, he was credited with discovering the aerodynamic phenomenon known as the draft — where two cars running nose-to-tail cut through the air easier than cars running separately and provided the trailing car an opportunity to “slingshot” past the lead car.

As an owner, he’s credited with suggesting R.J. Reynolds Tobacco Company partner with NASCAR, which led to the company becoming the first full-season sponsor of the Cup Series via its Winston brand. Winston’s backing helped the sport’s growth on numerous fronts via its promotional and financial efforts.

“This is a big, big deal to me,” Johnson said during his induction. “This is probably the greatest thing that’s happened to me, you know. I was really proud of the pardon that Reagan gave me, but this is …

“You know, I’m almost speechless to even think that you could talk about, ‘Well, I just went into the Hall of Fame.’ It’s so big, and it’s so honorable that you just don’t know how it feels to be selected as one of the first five people.”