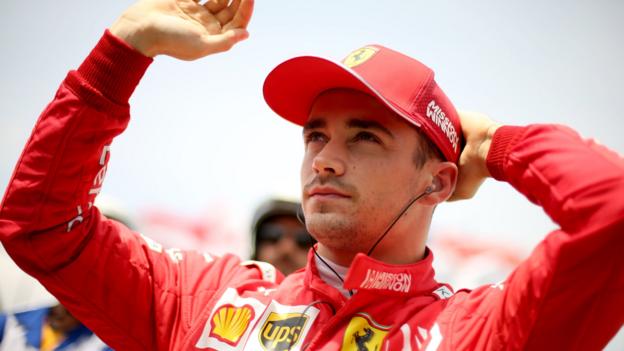 Charles Leclerc has signed a new five-year contract with Ferrari until 2024.

The 22-year-old from Monaco had a successful first season racing for the Italian outfit after replacing Kimi Raikkonen for the 2019 season.

He won back-to-back races in Belgium and Italy on his way to finishing fourth in the overall driver standings, ahead of team-mate Sebastian Vettel.

“I’m so grateful to be driving for such a team. I’ve learnt so much during this first year,” said Leclerc on Twitter.

“It is a great starting point to build a strong relationship for the years ahead.”