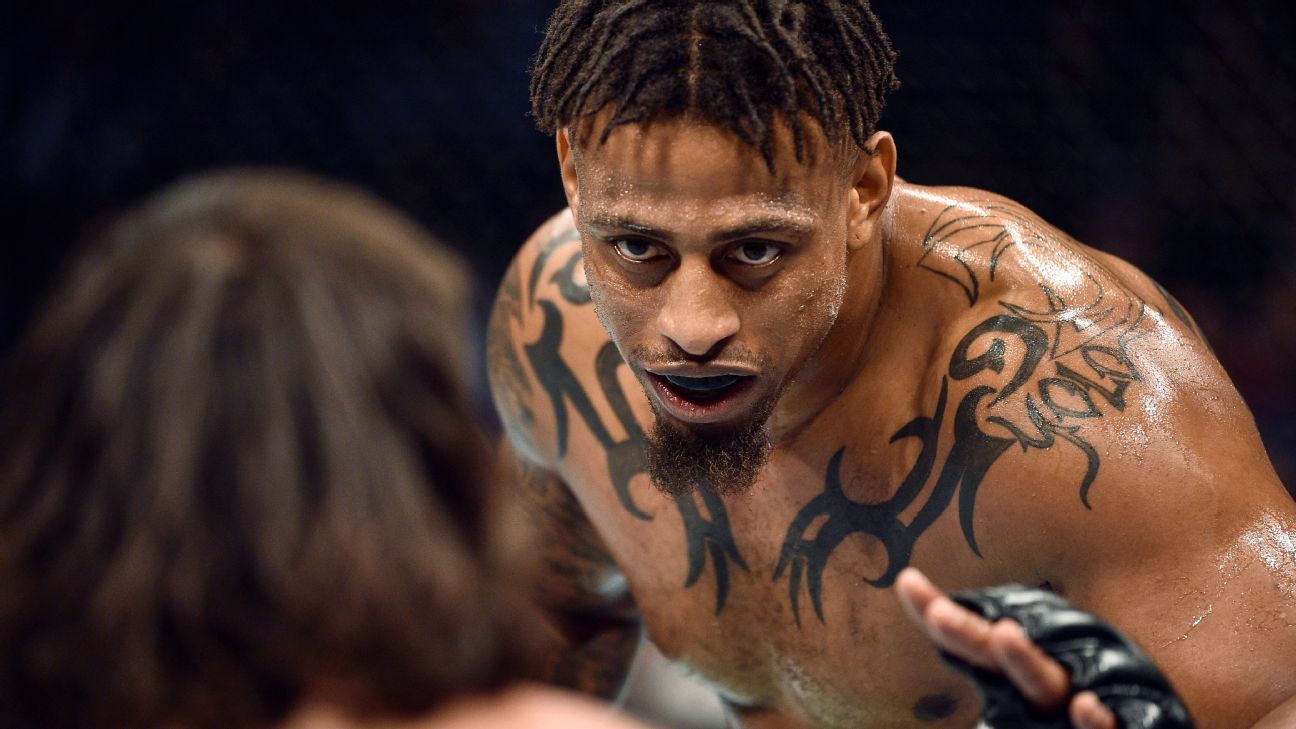 After a busy first year in the UFC, Greg Hardy will step back in the Octagon in early 2020.

Hardy will meet Yorgan De Castro in a key heavyweight bout at UFC Columbus on March 28 in Ohio, the promotion announced Friday. The former NFL standout fought five times in 2019, making his UFC debut last January. It was the first time in the modern era that a heavyweight has fought that many times in a single calendar year.

In his last outing, Hardy (5-2, 1 NC) fell to Alexander Volkov by unanimous decision in the co-main event of UFC Moscow on Nov. 9. It was Hardy’s most high-profile MMA fight to date. ESPN has Volkov ranked No. 7 in the world at heavyweight. Hardy, 31, acclimated himself fairly well in defeat considering his experience level, despite injuring his right hand early on.

Three weeks prior to that bout, Hardy’s decision win over Ben Sosoli at UFC Boston was overturned to a no contest by the Massachusetts State Athletic Commission (MSAC), because Hardy illegally used an inhaler in the corner between the second and third rounds.

Hardy, a Tennessee native, went 2-2 (1 NC) officially in 2019. His other loss was via disqualification due to an illegal knee to the head of Allen Crowder at UFC Brooklyn last January.

In the NFL, Hardy was an All Pro, but struggled with off-the-field issues. He last played in 2015. Hardy was convicted on a domestic violence charge in 2014 that was later overturned on appeal when the victim did not come to court to testify. The charge was expunged from his record in 2015. The NFL suspended Hardy 10 games following a domestic violence investigation in 2015. That ban was later reduced to four games in arbitration.

De Castro (6-0), Hardy’s March opponent, won by first-round knockout in his UFC debut against Justin Tafa at UFC 243 on Oct. 5. Like Hardy, De Castro came into the UFC from Dana White’s Contender Series. De Castro, 32, has won all but one of his career bouts via finish.