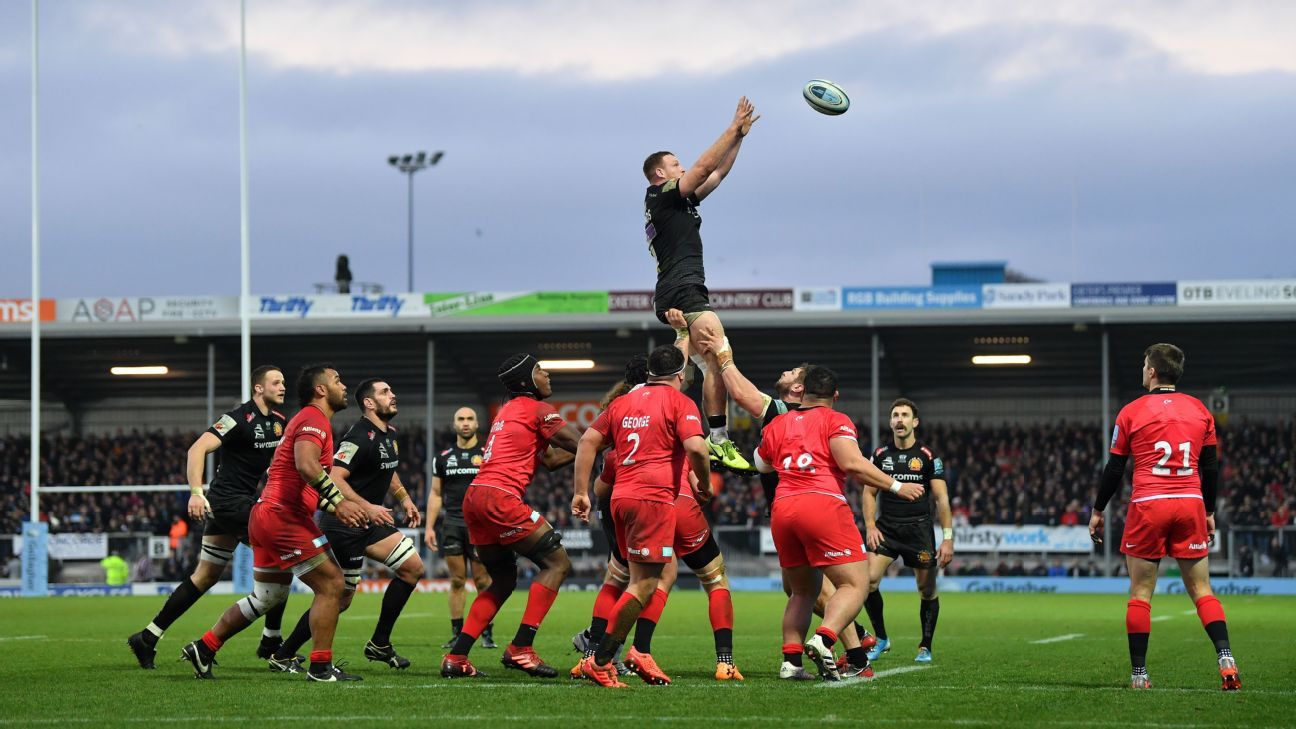 Exeter Chiefs regained the top spot in the Premiership after overcoming defending champions Saracens in a 14-7 victory at Sandy Park Sunday.

Saracens are bottom of the table on -13 points after they were docked 35 points and fined £5.3 million in November for breaching the league’s salary cap.

In June, Saracens retained the Premiership title with a 37-34 win over Exeter in the final at Twickenham.

Exeter scrum-half Nic White got the home side off to a flying start Sunday when he won a race to the Saracens tryline shortly after a loose pass from opposing fly-half Owen Farrell.

Flanker Jacques Vermeulen then bundled the ball over the line on 54 minutes to double Exeter’s lead.

Exeter tight-head prop Harry Williams was sent off in the closing stages and Saracens scored a penalty try on 79 minutes after a drive was hauled down illegally.

Exeter have regained top spot in the league following Sunday’s victory and next face a trip to London Irish on Jan. 5.