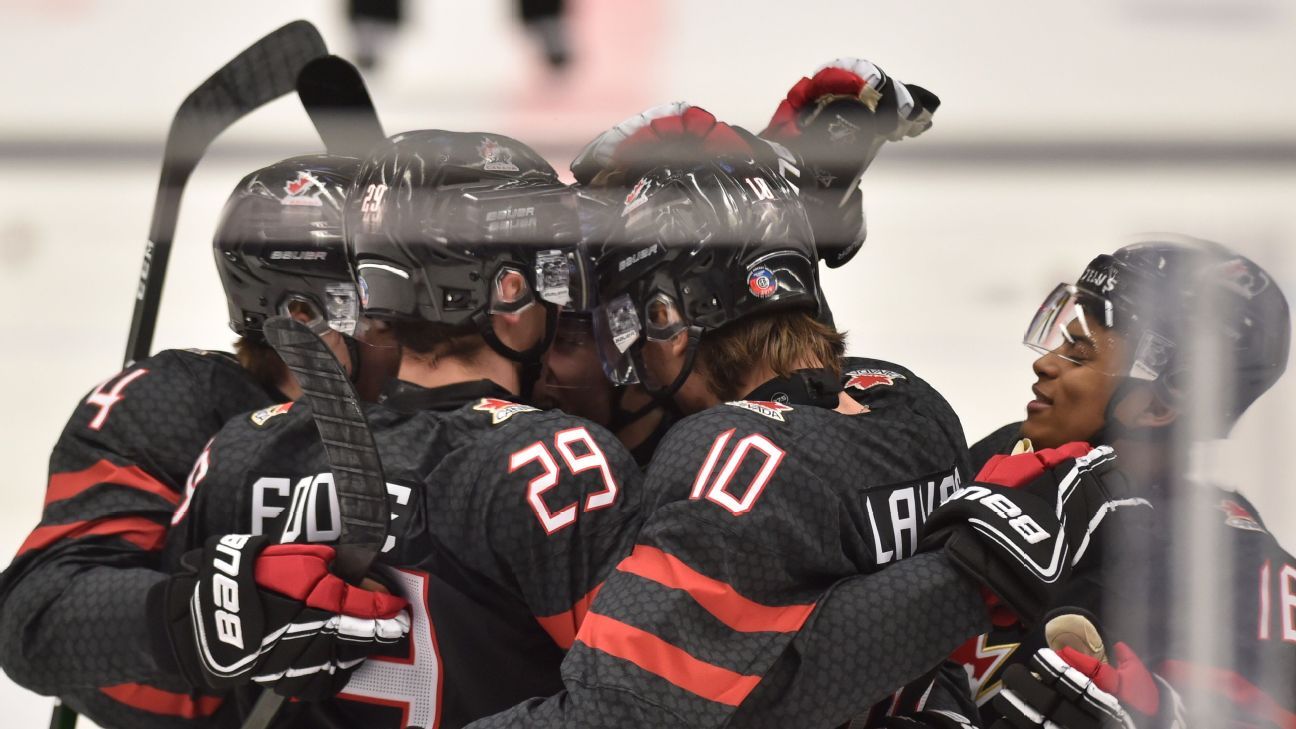 Canada faces Slovakia, which finished fourth in Group A, in the quarterfinals.

Hayton and Cozens added three assists each, and goaltender Joel Hofer made 17 saves.

Vojtech Strondala and Libor Zabransky reduced Canada’s lead to 4-2 midway through the middle period, netting their goals 14 seconds apart, but Foudy answered for Canada just 10 seconds later to stretch the advantage to 5-2.

The United States placed second in Group B — a point behind Canada — and next plays Finland, the third team in Group A. It’s a rematch of last year’s final which Finland won 3-2.

The Finns were upset 5-2 by Switzerland on Tuesday. Fabian Berri scored two goals for the Swiss, while Gaetan Jobin, Simon Knak and Valentin Nussbaumer also contributed a goal each and goaltender Stephane Charlin stopped 36 shots.

All four quarterfinals are scheduled for Thursday.

Earlier Tuesday, Russia secured a quarterfinal spot with a 6-1 victory over Germany to finish third in Group B with six points.

Kirill Marchenko scored twice and added three assists and Pavel Dorofeyev had two goals for the Russians, who play Switzerland in the last eight.

Sweden won Group A by beating Slovakia 6-2. Alexander Holtz scored two for the Swedes, who play the Czechs in the quarters.

Germany, last in Group B, will play the best-of-three relegation series against Kazakhstan, the bottom team in Group A.