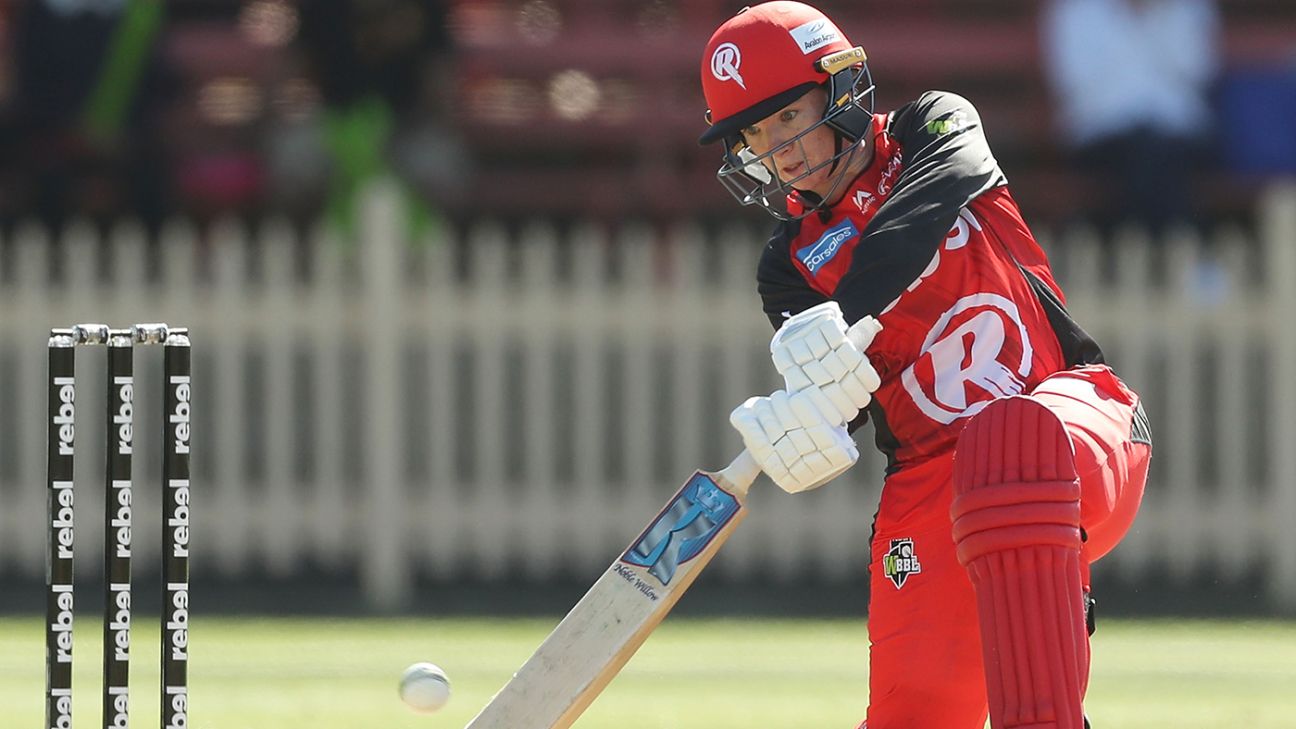 Jess Duffin, the senior Australia cricketer, will become the first elite women’s player to be covered under Cricket Australia’s new policy on parental leave after announcing news of her pregnancy to the cricket board.

The update also means that Duffin will not be in contention for a spot in the Australia team for the upcoming Women’s T20 World Cup, starting February 2020.

Although 30-year-old Duffin last represented Australia in 2015, she was named captain of the team of the season at the last WBBL after scoring 544 runs at an average of 68 for the Melbourne Renegades, making her a serious contender for a spot at the World Cup. Earlier this month, she had also turned down the opportunity to represent Australia A in their upcoming tour.

“I found out when I was about four weeks (pregnant),” Duffin told AAP. “I was pregnant through the whole Big Bash. When those conversations came up [in the media about Australia selection], I thought, ‘well everyone is going to laugh when they find out’. Cricket Australia were obviously stoked, and were like ‘we know now why you didn’t play the Australia A stuff’.”

Under Cricket Australia’s new policy – developed in conjunction with the players’ association – Duffin will get a 12-month paid parental leave and have a confirmed contract for the next summer. Until she gives birth – in July 2020 – Duffin will also be able to take up non-playing roles within Cricket Australia’s system, and is eligible to return to playing whenever she is ready. Duffin is a double-sport athlete who also represents North Melbourne in the AFLW.