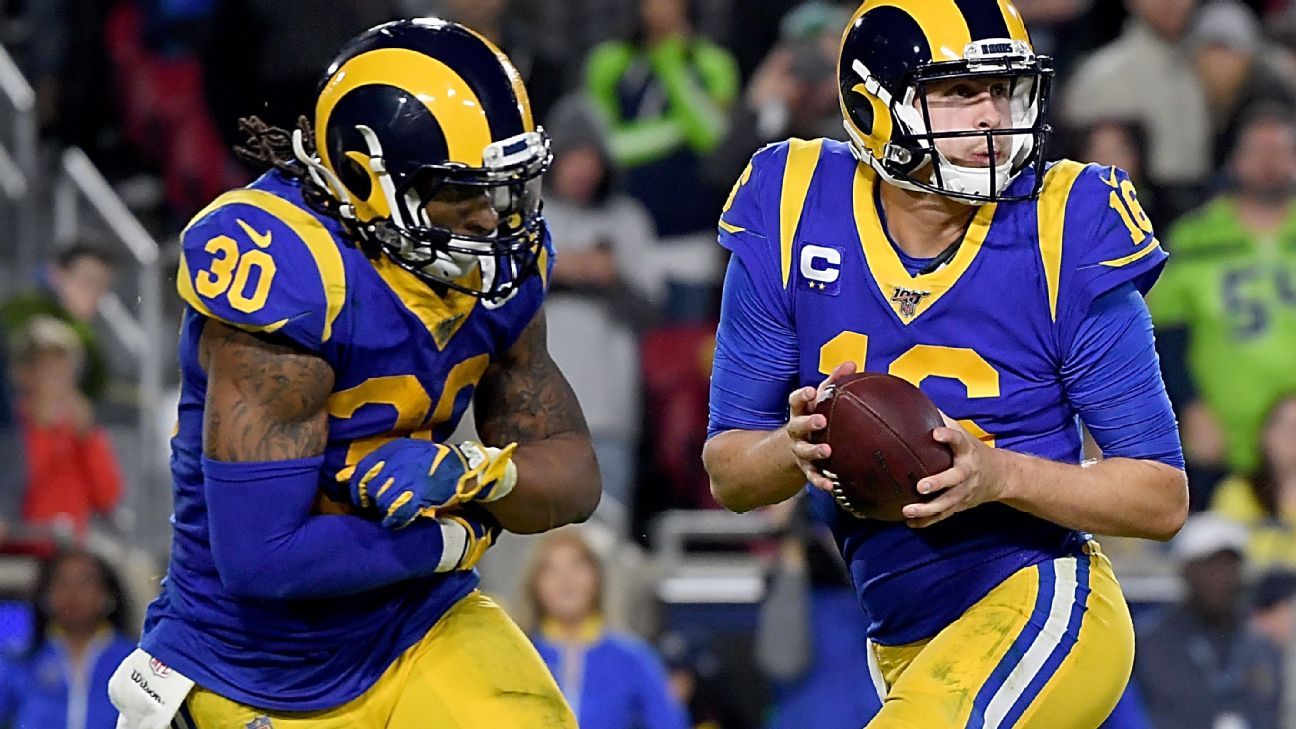 “Those are human beings that gave a lot to this organization and deserve to be compensated,” Snead said Tuesday.

Snead met with reporters following a 9-7 season that resulted in the Rams taking third place in the NFC West and missing the playoffs a season after playing in Super Bowl LIII.

The Rams played inconsistently throughout the year on offense, defense and special teams. However, Goff and Gurley drew the most criticism because of their uneven play and the massive extensions that tie them to the Rams into the foreseeable future.

Snead pushed back on the perception that their contracts, along with those of defensive tackle Aaron Donald and receiver Brandin Cooks, have left the Rams with little room to maneuver and improve their roster in 2020.

The Rams also are without a first-round pick in the 2020 and 2021 drafts after sending both selections to the Jacksonville Jaguars in exchange for cornerback Jalen Ramsey, who will be looking for a record-breaking payday of his own as he enters the final season of his rookie contract.

“I do call it probably a false perception,” Snead said. “Ultimately, I can see why that would be a perception, but maybe there’s an element of staying a little too shallow.”

The Rams are projected to have a league-high $108.75 million in salary-cap charges allocated to their five highest-paid players — Goff, Donald, Gurley, Cooks and Ramsey.

“From a salary-cap standpoint, and I assume the cap does go up, there’s a new collective bargaining agreement that’s coming that’s another variable that we don’t know about,” Snead said. “We’ve shown in the past that when you have commodities that you might could move on with via trade to collect draft capital that maybe the perception says you don’t have and to clear cap space.”

Snead declined to say if any of his players, including Gurley, were available to trade.

Gurley powered the Rams’ offense in Sean McVay’s first two seasons as coach, as he rushed for more than 1,200 yards in back-to-back seasons and last season scored a league-best 21 touchdowns.

But this season, amid reports that he’s suffering from a degenerative knee condition or arthritis, he rushed for a career-low 857 yards and 12 touchdowns on 223 carries. His touches dropped from an average of 22.5 per game last season to 16.9 this year.

McVay throughout the season denied that Gurley was on a load-management program.

Snead pointed to the general state of the run game, an evolving offensive line and opponents’ game plans as reasons for Gurley’s decline.

“We didn’t run the ball this year as well as we have,” Snead said. “We definitely want to get back to being more efficient running the football.”

When asked if Gurley was the same running back he’d proved to be in the past, Snead said, “This year, he wasn’t.”

Last season, Goff demonstrated significant progress in his development as he passed for 32 touchdowns, with 12 interceptions, and led the Rams to an NFC championship and Super Bowl.

But this season, he took an apparent step back as the offense relied more on his arm than the legs of Gurley. Goff passed for 4,638 yards and 22 touchdowns, with 16 interceptions. His Total QBR (48.3) ranked him 23rd in the league, between the Chargers’ Philip Rivers and the Bills’ Josh Allen.