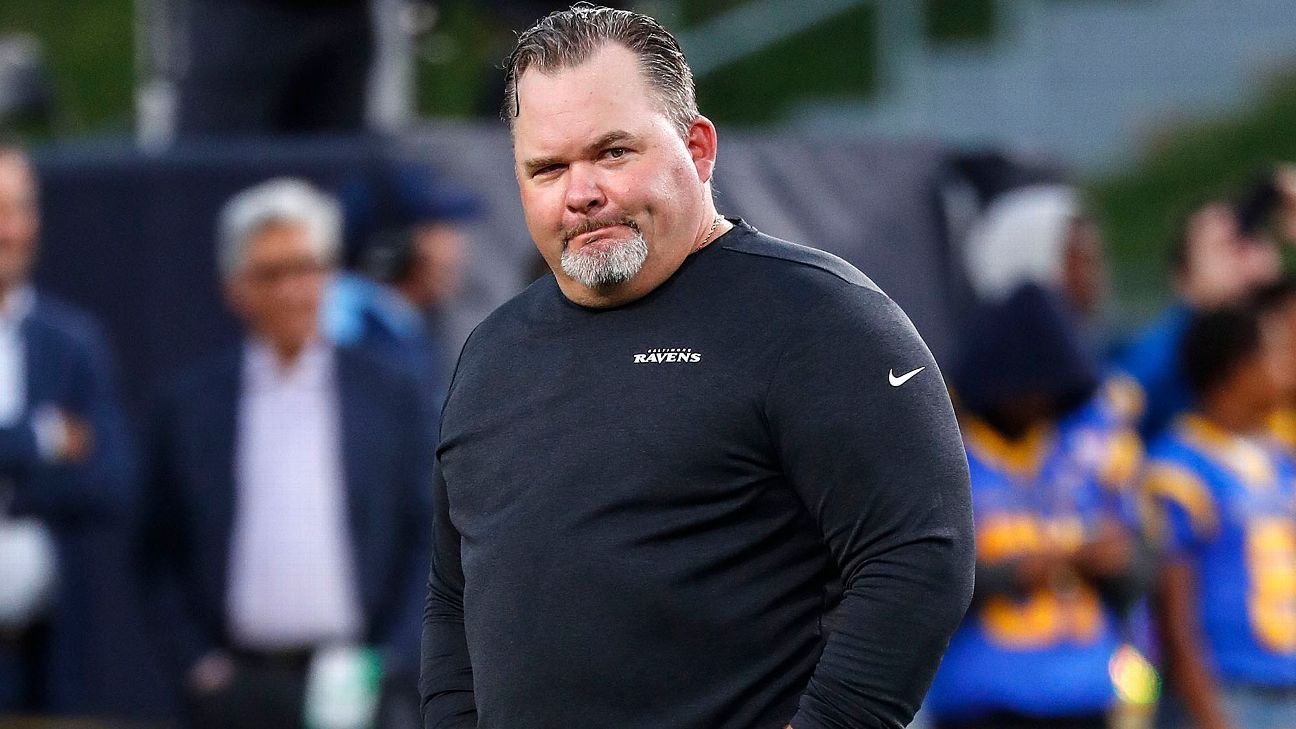 OWINGS MILLS, Md. — Baltimore Ravens coordinators Greg Roman and Don “Wink” Martindale have drawn interest from other teams for head coaching openings, but both insisted on Tuesday their focus is on the playoffs for the consensus Super Bowl favorite.

Roman, 47, the coordinator of the NFL’s highest-scoring offense, has been granted permission to speak to the Cleveland Browns about their vacancy. Martindale, who has coordinated a top-five defense for the past two seasons, confirmed the New York Giants have asked to talk to him about their opening.

“All of us would probably say that we would want to be a head coach, and that’s what you work towards,” Roman said during the Ravens’ first-round bye. “I think everything has its place. You have to be able to compartmentalize. That is something that is in its own box on the shelf. When that opportunity comes, it will be addressed. My focus is certainly on our guys and our team and our offense. In all due time, those things will be addressed.”

In his first season as the Ravens’ play-caller, Roman has helped develop quarterback Lamar Jackson into the frontrunner for NFL Most Valuable Player. Baltimore has averaged 33.2 points this season, scoring 52 more points than any other team in 2019.

Roman declined to say when he would interview with the Browns, but coach John Harbaugh said Monday that interviews with his coaches would likely take place during this week’s bye.

The Ravens (14-2) are currently scouting all three potential AFC divisional round opponents: the Houston Texans, Buffalo Bills and Tennessee Titans. Baltimore plays host to its playoff opener on Jan. 11.

“Right now, my time is filled with film-watching and hitting the rewind button. And my pen is moving furiously across yellow paper,” Roman said. “It’s very nice to be recognized as someone to be interviewed and it’s humbling.”

Martindale, 56, has had two successful seasons since being promoted to defensive coordinator. The Ravens defense ranked No. 1 last season for only the second time in franchise history and followed that up with a No. 4 ranking this year.

He has developed a reputation for being one of the most aggressive play-callers in the league and getting the most out of his players.

Martindale said it would take “an opportunity of a lifetime” for him to leave Baltimore.

“We love it here,” Martindale said. “Out of fairness to all the other teams, I don’t even want to get into all of that. We’re playing in a one-game playoff with these guys. Credit to the players. It’s because of the success of what the players did this year and how well they played is why my name gets mentioned with those things.”

Since John Harbaugh became the Ravens coach in 2008, four of his assistants have been hired as NFL head coaches: Rex Ryan, Chuck Pagano, Jim Caldwell and Gary Kubiak.