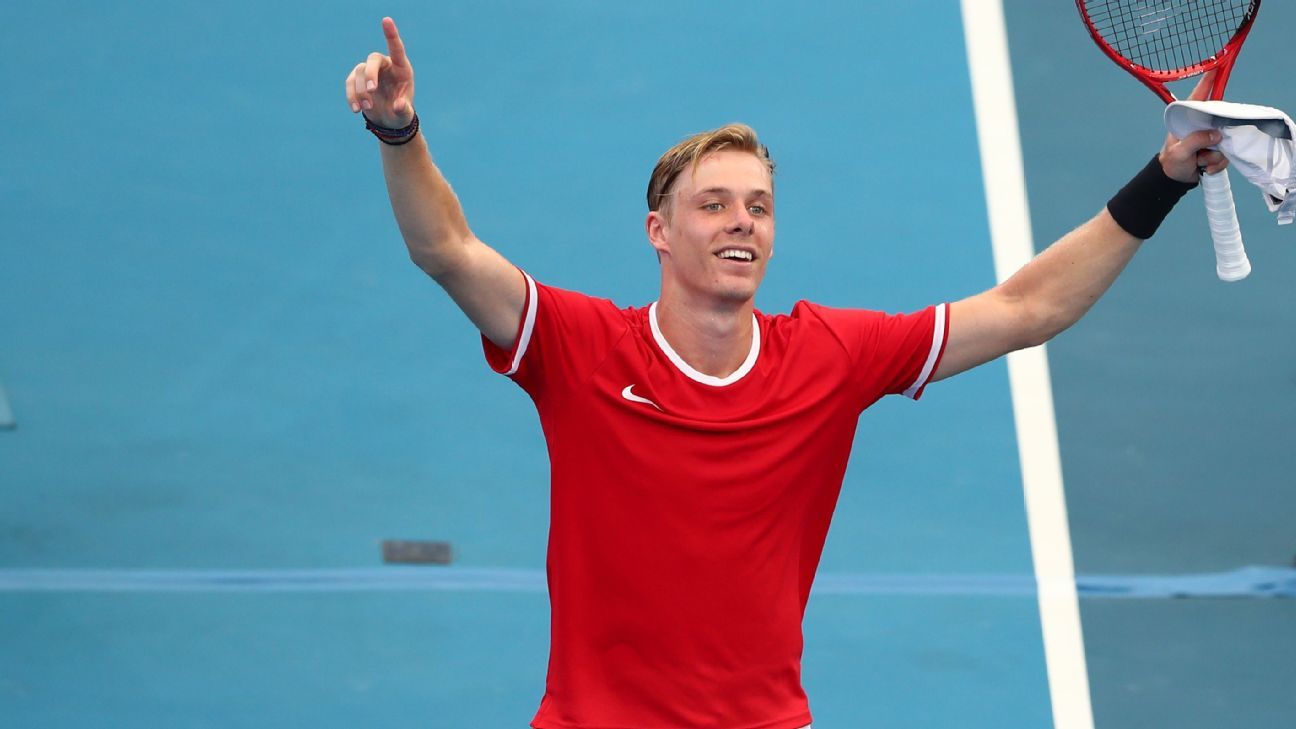 Denis Shapovalov has pulled off the ATP Cup’s first upset to seal victory for Canada in their opening clash with Greece in Brisbane on Friday.

The big serving left-hander upstaged world No.6 Stefanos Tsitsipas 7-6 (8-6) 7-6 (6-4) to give Canada an unbeatable 2-0 lead in their tie with the doubles rubber still to come.

And in Sydney on Friday, Belgium had to dig deep to take a 2-0 lead over an unheralded Moldova at Ken Rosewall Arena.

The 10-day, 24-team ATP Cup tournament started on Friday with matches in Brisbane, Perth and Sydney before the finals move to Sydney.

And all eyes were on Tsitsipas, 21, who arrived at Pat Rafter Arena as tennis’ hottest property after becoming the youngest person in 18 years to clinch the ATP Finals in November.

However, world No.15 Shapovalov had the measure of the 2019 Australian Open semi-finalist to extend his career head to head record to 3-1.

Shapovalov, 20, fired down 12 aces to the Greek’s two and thrashed 32 winners compared to his opponent’s 19 in their clash which lasted more than two hours.

His momentum was only stalled when a line umpire tripped and injured herself mid-point in the second set and had to be helped off the court in a wheelchair.

Still buzzing from featuring in their maiden Davis Cup final in November, Canada had a dream start when world No.21 Felix Auger-Aliassime overpowered Michail Pervolarakis – ranked 466 places lower than his opponent – in straight sets in little over an hour.

In Sydney, Moldova were clearly unruffled after the Romanian anthem was incorrectly played at the opening ceremony as they came out swinging against an unsuspecting Belgium.

World No.818 Alex Cozbinov played the match of his life before going down in three sets spanning more than three hours to Belgian Steve Darcis, ranked 661 places higher.

David Goffin gave Belgium a 2-0 lead with the doubles still to be played by downing Moldova’s top seed, world No.46 Radu Albot 6-4 6-1.

Great Britain will battle Bulgaria in Sydney on Friday night.

In Perth on Friday, USA faces Norway while Russia takes on Italy.