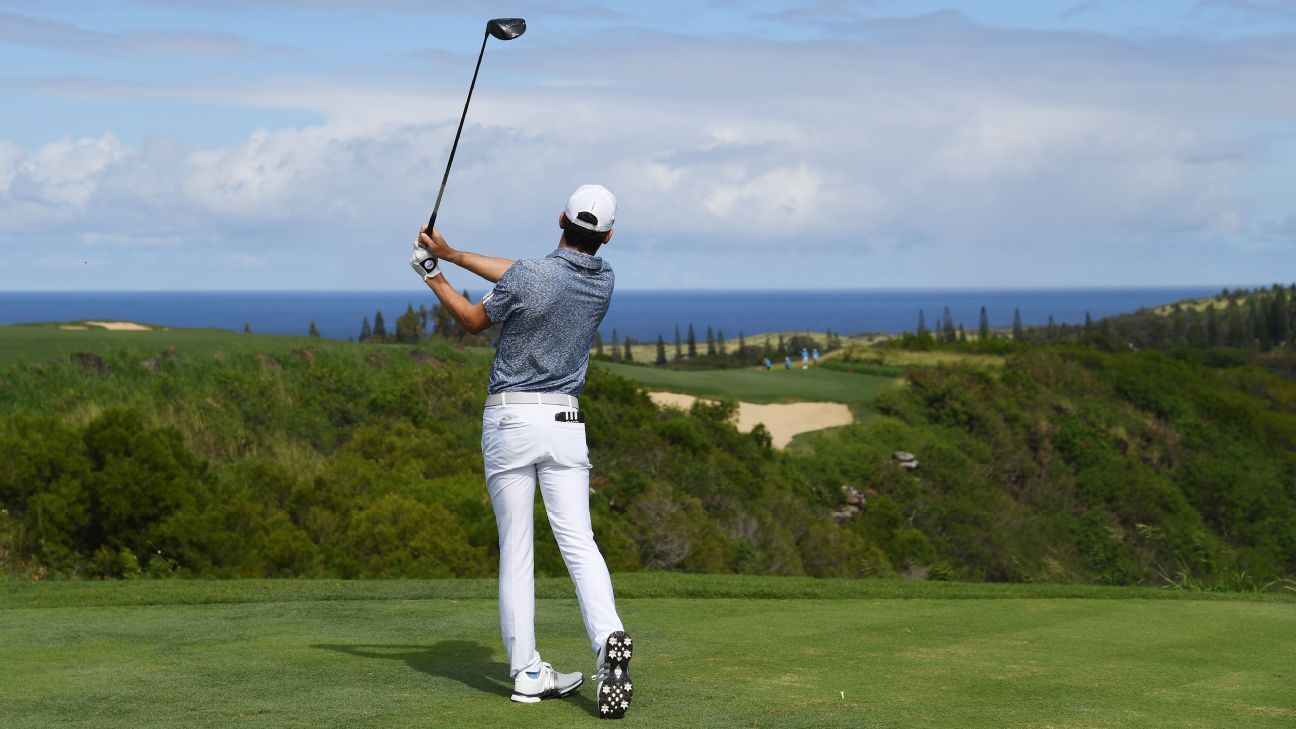 KAPALUA, Hawaii — Fresh off his Presidents Cup debut, Joaquin Niemann of Chile brought fresh confidence and plenty of form to Maui by opening the year with a 7-under 66 for a one-shot lead over Justin Thomas after the opening round Thursday at the Sentry Tournament of Champions.

Niemann is one of 15 first-time winners on the PGA Tour last year who are playing the rejuvenated Plantation Course at Kapalua for the first time. He knew his way around just fine in weather that might be as good as it gets all week.

He missed only one green and saved par. After a 30-foot birdie on No. 4, which he called his best shot of the day, his other six birdies were all from 10 feet or closer.

Thomas, who won at Kapalua three years ago, played bogey-free and made five birdies over his last eight holes for a 67.

He heard about the conditions in the forecast for the rest of the week, which include gusts in the 30 mph range, and wasn’t bothered by that or his lack of birdies until the 11th hole onward.

“It’s not like I was going to try any harder,” Thomas said.

By the end of the round, it all felt easy. Thomas hit to 10 feet to a left pin on the tough 13th hole, added another birdie with a pitch he clipped perfectly up the slope to tap-in range on the par-5 15th and closed out his round with another perfectly judged pitch down the slope and grain to 4 feet on the par-5 closing hole.

Matt Kuchar and Rickie Fowler were at 68, with defending champion Xander Schauffele, Jon Rahm and Patrick Cantlay among those another shot back.

Only nine players in the 34-man field of PGA Tour winners failed to shoot par or better.

Niemann didn’t win a match at Royal Melbourne — he went 0-3-1, twice facing two of the best U.S. partnerships — but thrived on the stage under International captain Ernie Els.

“The Presidents Cup was one of my best experiences since I turned pro,” he said. “I shared a lot of moments with the best players in the world. I got Ernie as a captain. That is just awesome. I think that week was really special for me. He told me that it’s going to be really helpful for my career, for my future.”

It appeared to help in the first round of the new year, and Niemann had plenty of company.

Thomas also thrived at Royal Melbourne, going 3-1-1. Then again, he’s been playing well the last six months with only one finish out of the top 12 and none out of the top 20.

Key to his round was keeping bogeys off his card as much as the flurry of birdies at the end.

“It’s kind of a mini-goal I have very round,” he said of playing bogey-free. “I make enough birdies that if I minimized the mistakes, it’s not that hard to have a chance to win the tournament.”

Warm sunshine and moderate wind for these parts also helped. The wind was reasonable enough for the tour to use all the new back tees that were part of the refinement project.

Kapalua still provided its usual punishment for missed shots, however.

Dustin Johnson, a two-time winner at Kapalua, made six birdies and an eagle. That was barely enough to offset his double bogey on the par-5 ninth and four other bogeys, most of them because of wild tee shots. He had to reload on No. 9. He went into the waist-high grass left of the 12th, right of the 14th and had only seven pars. That added to a 72.

Cantlay had few complaints after a 69. His only mistake was a tee shot into the weeds right of the third hole for a double bogey. He made a 30-foot eagle putt two holes later and didn’t drop a shot the rest of the way.

Rahm came into the new year fresh off two wins and a runner-up finish before his wedding. He felt some rust, and he had some mild concerns after making the turn with a clunker into the sand on the par-3 11th that led to bogey and a bad drive on the 12th that was saved by the width of Kapalua’s fairways.

“I probably had one of the worst professional shots I’ve hit in my life on 11, followed by a pretty bad drive on 12,” Rahm said. “It was just a couple of bad shots. It’s pure rust. The mind wasn’t in the right place. Besides that, it was a great day.”