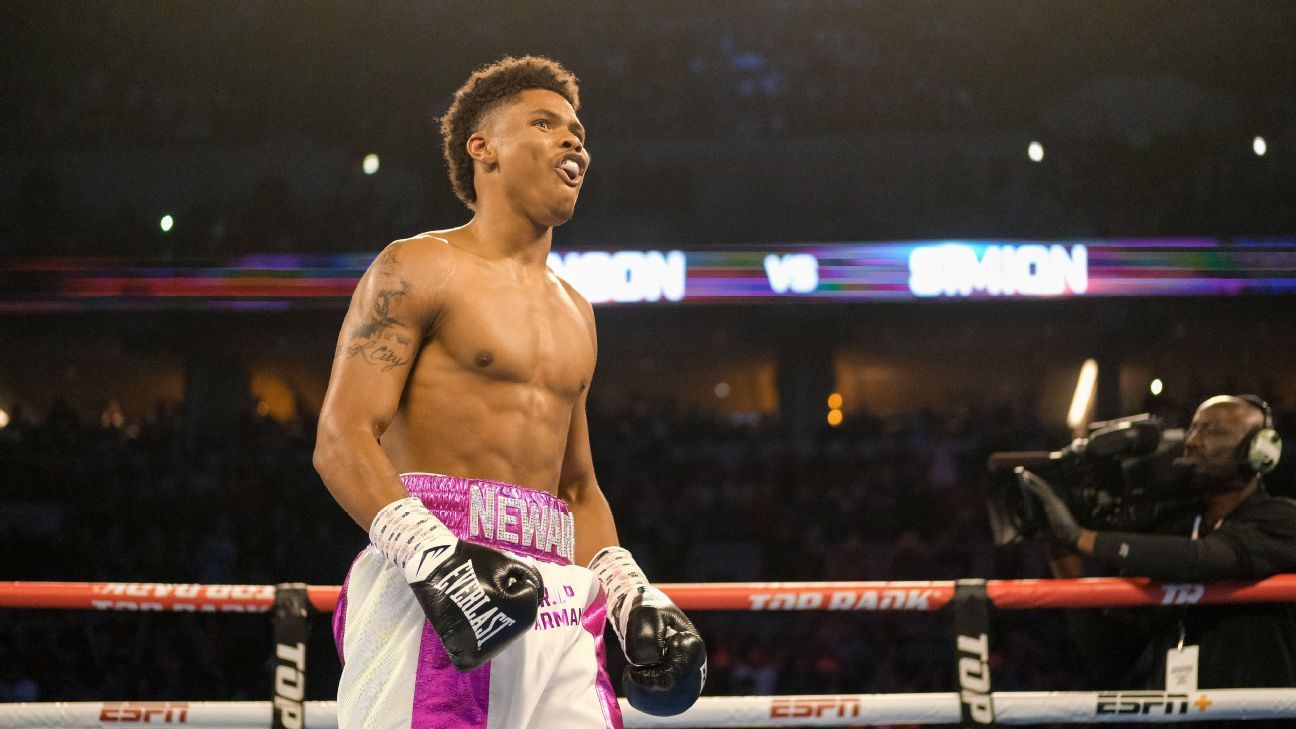 While featherweight world titleholders Shakur Stevenson and Josh Warrington are on an apparent collision course to unify their belts in the spring, Stevenson could fight once more before that fight, Top Rank promoter Bob Arum told ESPN on Friday.

Arum, Stevenson’s promoter, and Frank Warren, who represents Warrington, are close to a deal for the fight to take place on May 18 at Elland Road Football Ground, an outdoor soccer stadium in Warrington’s hometown of Leeds, England, where he won his 126-pound world title by decision against Lee Selby before some 25,000 in May 2018. The fight would air on an ESPN platform in the United States.

However, Arum said Stevenson did not want to wait until May to fight again so he said it is possible Stevenson would headline a Top Rank Boxing on ESPN card on May 14 at the Hulu Theater at Madison Square Garden in New York with former world title challenger Miguel Marriaga, a big puncher, as the likely opponent.

“Shakur didn’t like the idea of waiting until May to fight so we are talking about the March date for him to fight. There’s no reason he can’t fight in March and then again in May in the U.K. or maybe in June against Warrington,” Arum told ESPN from South Africa, where he is on vacation.

Stevenson (13-0, 7 KOs), 22, of Newark, New Jersey, won a vacant world title by near-shutout decision in against Joet Gonzalez on Oct. 26. If Stevenson did not fight again until May 18 the seven-month layoff would be the longest of his three-year professional career.

Arum, who was headed back to the United States later Friday, said he plans to meet with James Prince, Stevenson’s co-manager, on Wednesday at the Top Rank offices in Las Vegas to discuss Stevenson’s schedule.

“Prince and I will talk about everything,” Arum said. “We’ll discuss if Shakur wants to go to England and fight Warrington or fight in the U.S. on March 14.”

Arum said it is possible Stevenson could do one fight or the other or possibly fight on both dates.

Stevenson has been calling out Warrington since even before the fight with Gonzalez and has been steadfast in his willingness to fight in Warrington’s hometown.

Stevenson reiterated to Warren on social media in recent days that he wants the fight and then Warrington weighed in.

“First off Frank Warren you not gone give me chump change for a unification fight where I’m WILLINGLY ready to go to England,” Stevenson wrote. “Pay me the right way and that’ll be the easiest fight to make ever cause I want that fight bad.

Warrington responded, “Come get your easy money then boy. I’m ready and (waiting). Stop talking and back your s—. Oh and a happy new year.”

The 29-year-old Warrington (30-0, 7 KOs) has made three successful defenses since dethroning Selby. He outpointed former two-division world titlist Carl Frampton in December 2018, won a split decision over mandatory challenger Kid Galahad in June and then knocked out overmatched Sofiane Takoucht on Oct. 12.

Marriaga (29-3, 25 KOs), 33, of Colombia, is coming off a sixth-round knockout of Alfredo Meija Vargas on Dec. 7, his fourth win in a row — all by knockout — since losing back-to-back bouts in 2017, a unanimous decision challenging then-featherweight world titlist Oscar Valdez and a seventh-round knockout challenging pound-for-pound king and then-junior lightweight world titlist Vasiliy Lomachenko.