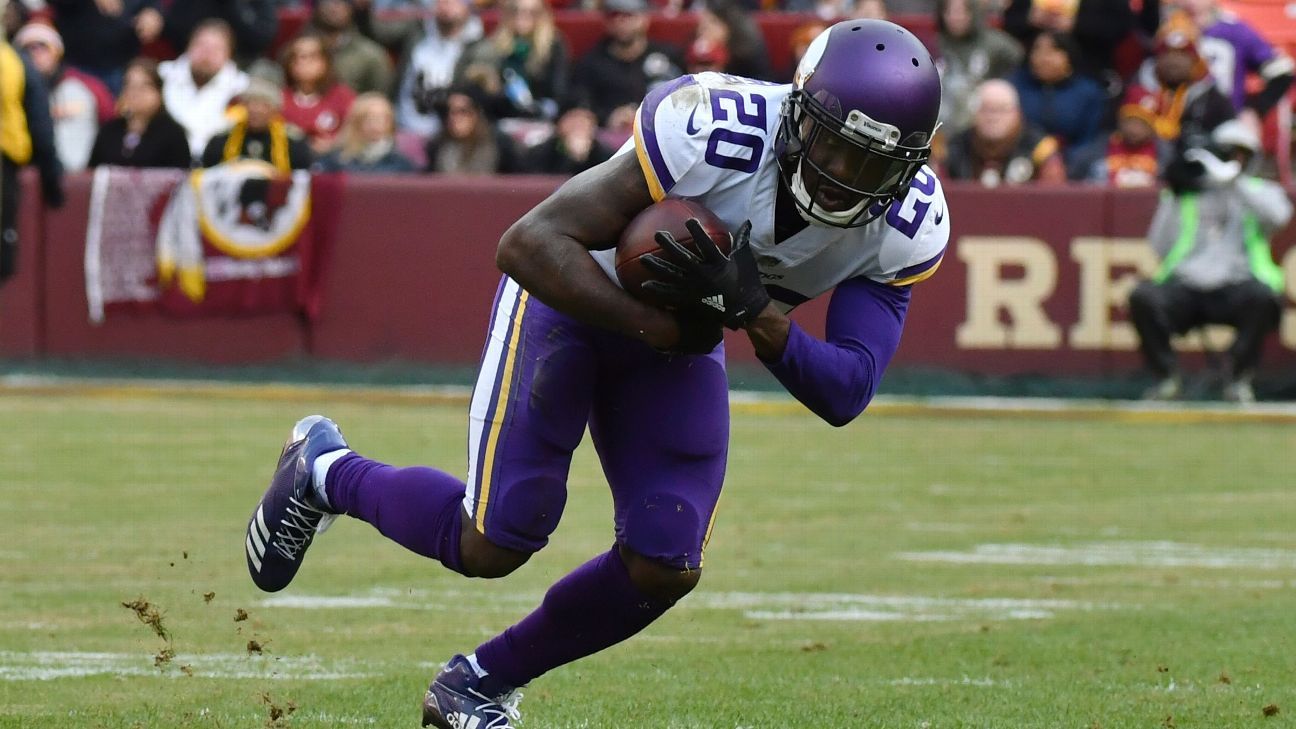 The Minnesota Vikings were dealt a major blow to their secondary two days ahead of their wild-card matchup in New Orleans.

The Vikings will be down two cornerbacks when they face off against Drew Brees and the Saints. Fourth-year nickelback Mackensie Alexander, who was held out of practice this week with a knee injury, and Mike Hughes, who has a neck injury, were both ruled out for Sunday’s game, with Hughes subsequently being placed on injured reserve Friday.

Hughes was a full participant in practice Wednesday but was downgraded to limited on Thursday. Coach Mike Zimmer said “no” when asked whether the second-year cornerback suffered an injury in practice and said he got hurt “playing football.”

Both cornerbacks played a considerable amount in Minnesota’s regular-season finale against the Chicago Bears when the Vikings opted to rest their starters.

Minnesota re-signed veteran return specialist Marcus Sherels with the decision to move Hughes to IR. Sherels will handle punt return duties that were assumed this season by Hughes.

Since losing to 26-9 to the Falcons in Week 10, the Saints have the highest scoring average in the NFL at 36.3 points per game. In that span, Drew Brees is the only quarterback to post a Total QBR of at least 80 against man and zone coverage, according to ESPN’s coverage metrics powered by NFL Next Gen Stats.

The Vikings are in for a stiff test against the Saints offense. Rhdoes has allowed an opponent passer rating of 127.8 while Waynes has allowed 109.9.

“We will find a way,” coach Mike Zimmer said when asked about defending the Saints without two of their cornerbacks.