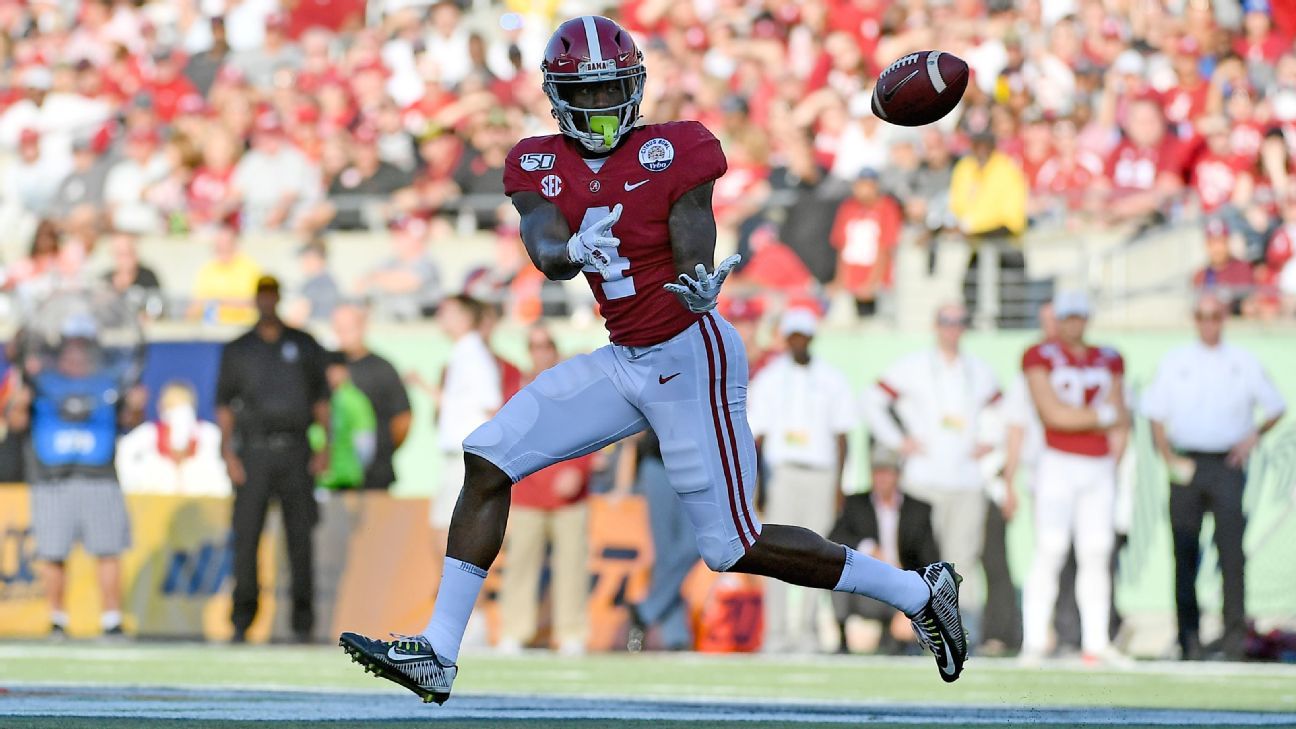 Jeudy, ranked No. 1 at receiver and No. 3 overall on Mel Kiper Jr.’s Big Board, made his announcement on social media Saturday, four days after posting 204 yards and a touchdown on six catches vs. Michigan in the Capital One Bowl.

“This journey at the University of Alabama has been an amazing experience,” he wrote.

There was speculation that Jeudy might skip the bowl, which Alabama won, 35-16. Turns out, he was named the game’s MVP.

He was part of a loaded receiving corps that includes DeVonta Smith, Henry Ruggs III and Jaylen Waddle. One of the program’s most prolific receivers, Jeudy led the Southeastern Conference with 14 touchdown catches in 2018 and was an Associated Press All-American.

Smith and Ruggs have yet to announce whether they intend to stay or not. Like Jeudy, Smith is coming off a 1,000-yard season.

Wills, ranked the No. 6 offensive tackle by ESPN’s Kiper, was a second-team AP All-American who started the past two seasons at right tackle. Willis also announced his decision on Twitter.

Two other underclassmen, middle linebacker Dylan Moses and left tackle Alex Leatherwood, have both said they plan to return for their senior seasons.

Quarterback Tua Tagovailoa, whose season ended with a serious hip injury, is expected to announce his decision on Monday.