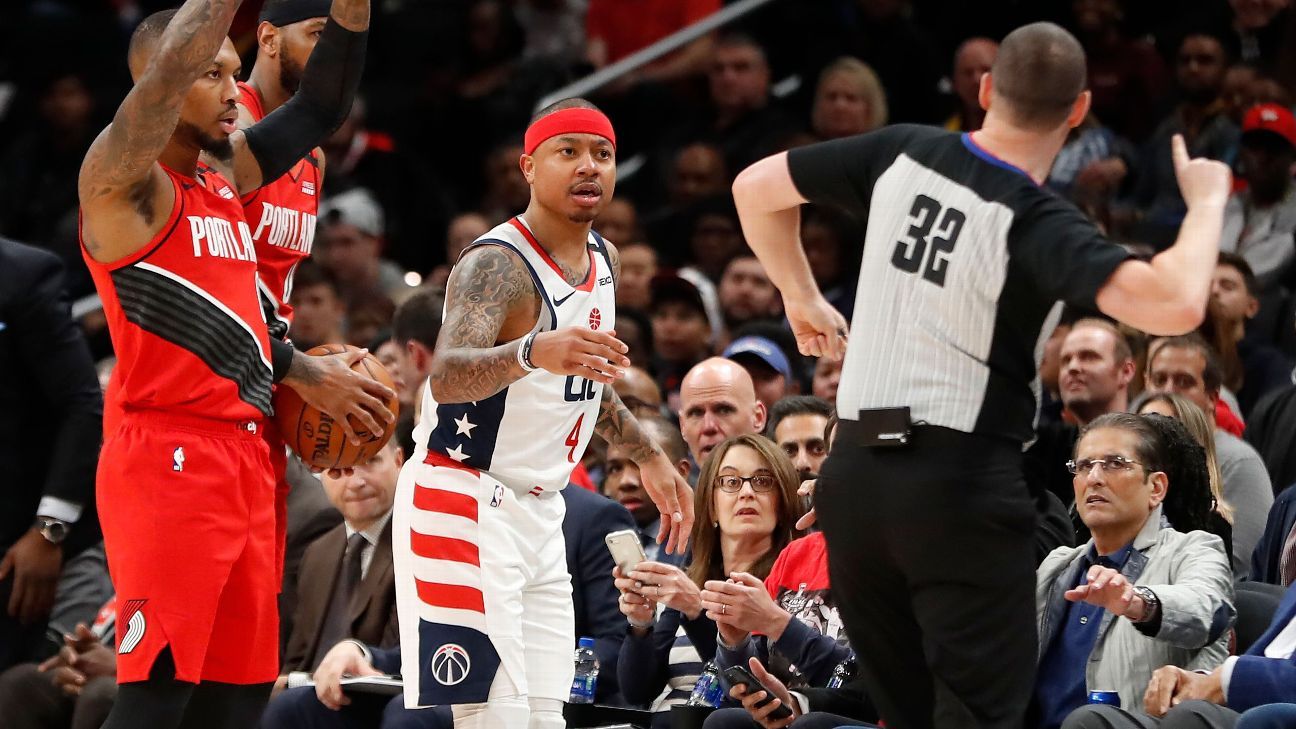 WASHINGTON — Washington point guard Isaiah Thomas was ejected in the first quarter of the Wizards’ game against the Portland Trail Blazers on Friday night for making contact with an official.

Thomas was tied up along the sideline by Portland’s Carmelo Anthony with 10:32 left in the quarter. As he broke away from Anthony he made contact with referee Marat Kogut, who stumbled into the crowd.

Thomas was given a technical foul and ejected. The call was reviewed and upheld.

According to the Elias Sports Bureau, the last player before Thomas to be ejected within the first two minutes of an NBA game was Utah’s Greg Ostertag on Dec. 8, 2002, against the Lakers in Los Angeles.

Thomas received a two-game suspension after walking into the stands to confront two fans following a timeout in Philadelphia on Dec. 21.