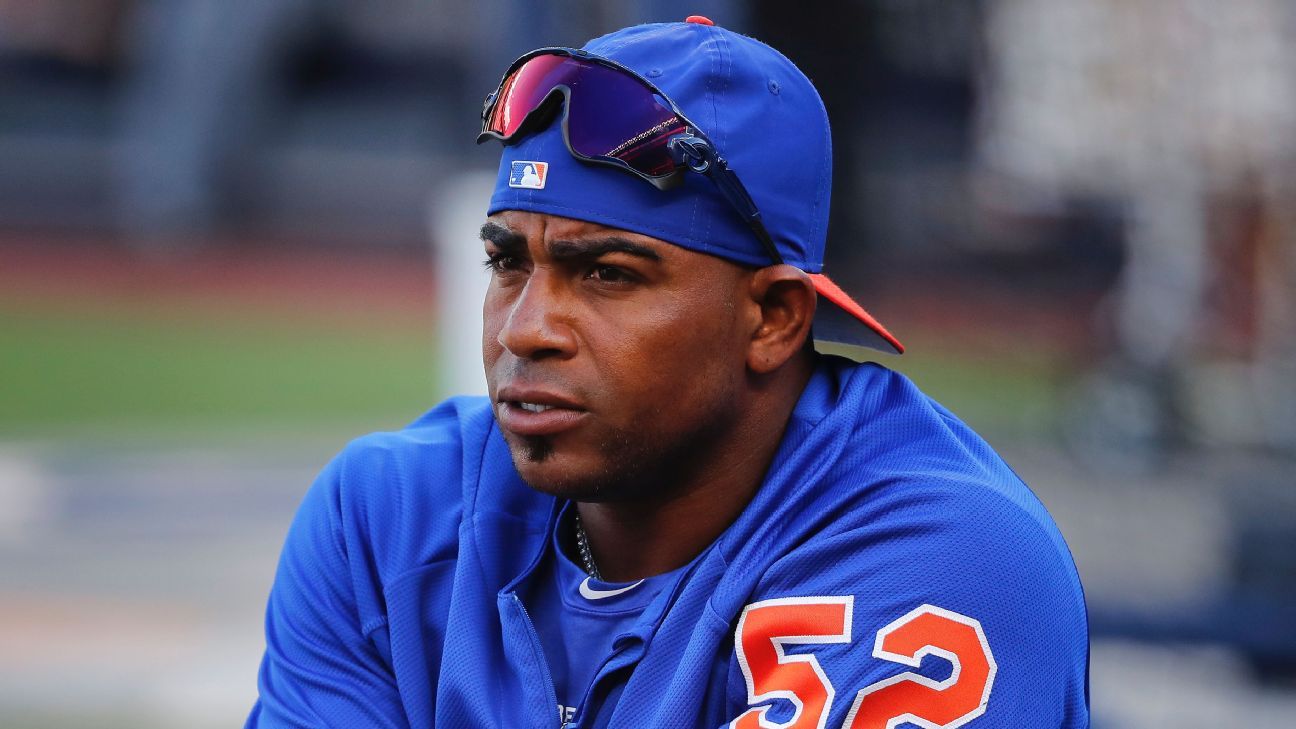 The latest example: a wild boar and Yoenis Cespedes.

The New York Post reported Friday that the fractured ankle Cespedes suffered in the spring came after a bizarre incident the injury-plagued outfielder had with the animal at his ranch in Port St. Lucie, Florida.

News of the injury itself isn’t new.

Mets general manager Brodie Van Wagenen told reporters in May that Cespedes suffered multiple right ankle fractures in what he called a “violent” fall on the outfielder’s ranch that was not baseball related. But details of what happened hadn’t come out until the Post’s story Friday night.

Citing multiple sources, the newspaper reported that Cespedes caught a wild boar in one of several traps he sets up at his ranch to keep the animals away from people. In this particular case, the boar was taken out of the trap and “either charged toward Cespedes or startled him,” per the Post, causing him to step into a hole and fracture the ankle.

According to the report, Cespedes told Mets officials immediately about what happened. Officials from the Mets, the commissioner’s office and the players union, as well representatives for Cespedes, eventually visited the ranch and confirmed the validity of his story.

Cespedes agreed to a four-year, $110 million contract with the Mets in December 2016, but he hasn’t played for the team since July 20, 2018. Injuries have been the problem. He had surgery to remove bone calcification from his right heel on Aug. 2, 2018, and from his left heel that Oct. 26.

Those surgeries were expected to keep him sidelined for at least half of this past season, but the ankle fractures ruined any hope he had of returning.

The sides have been battling over his contract since.

New York withheld part of Cespedes’ salary, alleging he was hurt during an activity prohibited by his contract’s guarantee language. The players’ association filed a grievance, and the sides settled on an amended contract on Dec. 13 before the case was argued.

Cespedes had been owed $29 million for 2019, but that was cut to $14,811,828, according to Mets payroll information made available to all clubs and obtained previously by the Associated Press. His base salary of $29.5 million in 2020 was cut to $6 million, per the AP. However, if Cespedes doesn’t start this season on the injured list because of the injuries suffered in the boar incident, his base salary would escalate to $11 million and could grow further if he meets incentives.