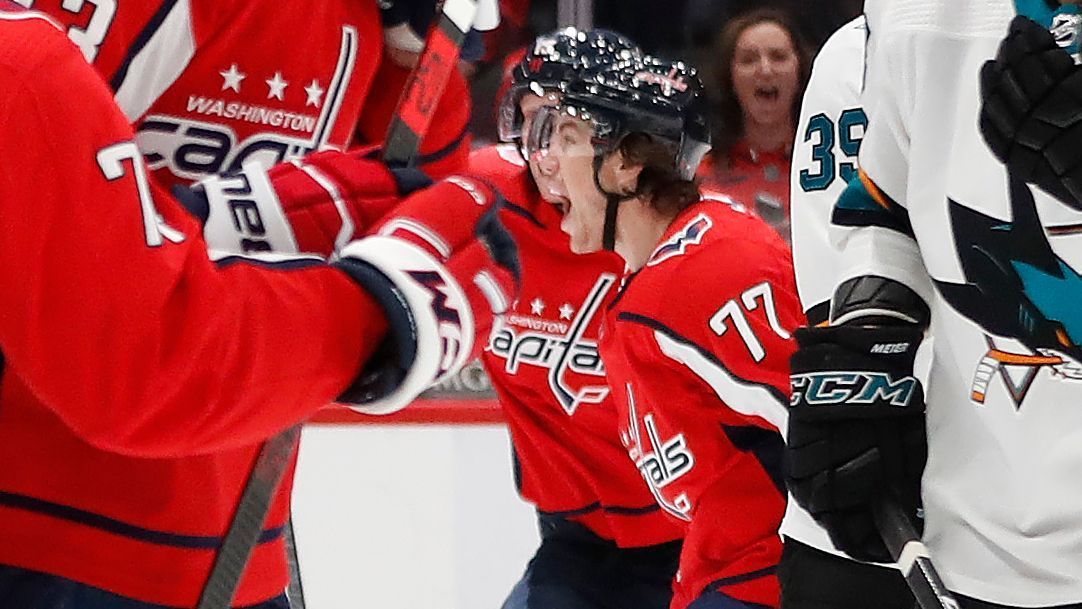 WASHINGTON — Lars Eller scored with 2:59 remaining in overtime after the Washington Capitals rallied from two goals down in the final minute of regulation, completing a stunning 5-4 victory over the San Jose Sharks on Sunday.

Nic Dowd had a second-period goal for Washington. Braden Holtby made 25 saves to snap a three-game losing streak in net and picked up an assist on Eller’s decisive goal, pushing the puck up ice to John Carlson.

From there, Carlson sent a cross-ice pass to Eller, who rifled his shot beyond Martin Jones and inside the right post.

Jones stopped 24 shots, Couture also had an assist and Timo Meier had two, but San Jose was still swept by Washington in the season series in unlikely fashion.

Kane’s three goals — all in the second period — gave him a team-leading 18 for the Sharks, who appeared headed for victory when Couture’s empty-netter made it 4-2.

After Kane completed his hat trick, Vrana scored his first on Oshie’s feed across the crease with just over a minute remaining in the second period.

Holtby remained on the bench after Couture’s late goal, and Vrana answered only 13 seconds later, assisted by Eller and Radko Gudas. Then Oshie leveled the game from in close on Evgeny Kuznetsov‘s feed.

Kane scored all three goals in one period in both of his hat tricks this season. He scored three times in the first period of 5-2 win over the Carolina Panthers. … Sunday marked the 10-year anniversary of Alex Ovechkin‘s tenure as Washington’s captain. He’s the second-longest-tenured captain in team history behind Rod Langway (Oct. 5, 1982 to Feb. 9, 1993.) … Ovechkin saw his points streak ended at five games. … San Jose’s Barclay Goodrow had an apparent opening goal disallowed 1:14 into the second period. He was ruled to have touched the puck with a high stick.

Sharks: Finish their road trip at St. Louis on Tuesday.