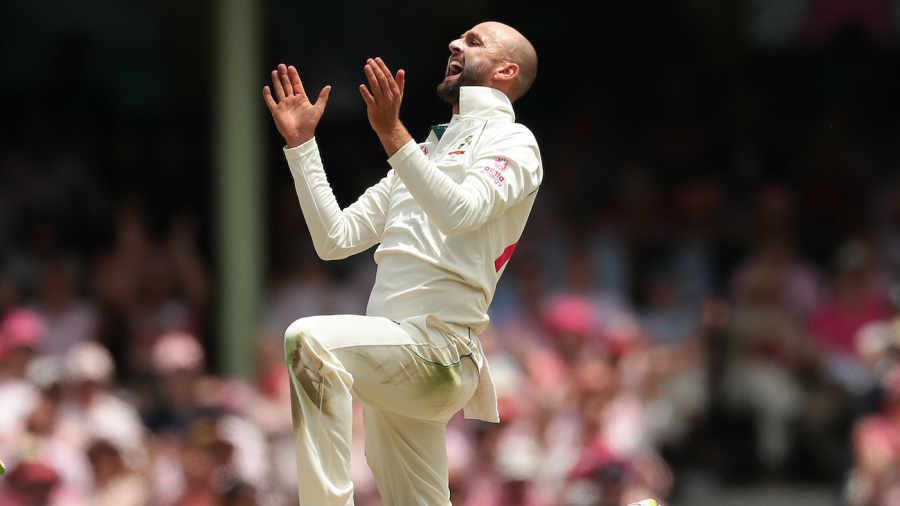 Australia claimed three wickets on the third morning of the SCG Test as Nathan Lyon and Pat Cummins struck for the hosts against a stubborn New Zealand top order.

Lyon dismissed Tom Blundell and Jeet Raval before Cummins coaxed Tom Latham into a chip straight into the hands of mid-on, undoing some of the good work of the touring side’s openers who had reached 68 without loss.

Things may have been worse for New Zealand, however Lyon dropped a straightforward return catch offered by debutant Glenn Phillips and at the same time needed treatment for a cut to his right thumb.

Resuming at 0 for 63, the visitors made slow progress through the first half an hour, before Blundell misjudged a cross-seam delivery from Lyon and was bowled between his legs as he tried a shovel pull shot to the leg side. Raval, who had been waylaid earlier in the Test with flu-like symptoms, walked out to play with far greater fluency than he had offered in the Perth Test, and for a time the scoreboard moved quickly.

Lyon, though, was able to skid a stumps-seeking delivery into Raval’s front pad, winning an lbw verdict from Aleem Dar. Raval took a long time to review, appearing to use up more than his allotted 15 seconds, but Aleem allowed a decision referral that showed the ball striking the leg stump.

Latham’s occupation was ended the very next over when he miscued a Cummins delivery that held up in the pitch and resulted in a simple catch for Mitchell Starc, and Phillips may well have followed had Lyon been able to hold onto a caught-and-bowled. Ross Taylor hammered Travis Head’s offbreaks for a pair of boundaries in the final over of the session, and his experience will be vital should New Zealand manage to get closer to Australia’s vast first innings.