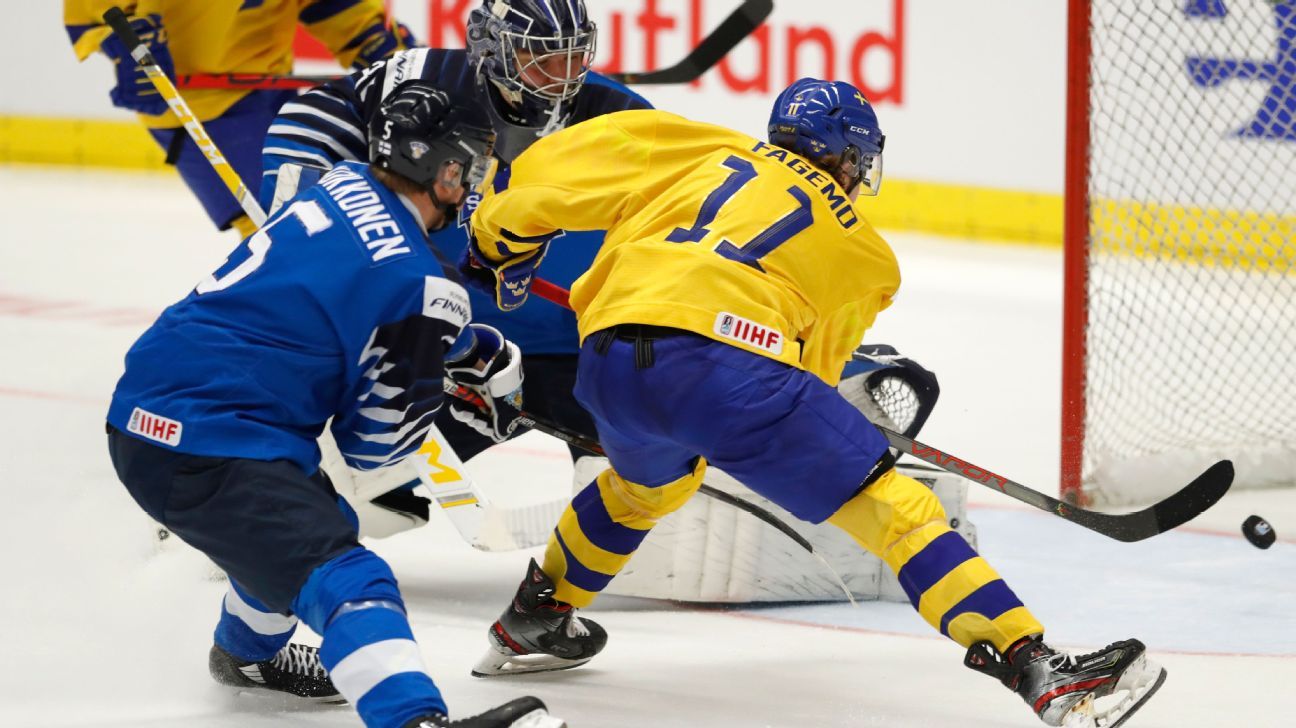 Fagemo, the leading scorer of the tournament, scored his eighth goal to tie the game at 2 in the middle period before Linus Oberg netted the winner at Ostravar Arena in the eastern city of Ostrava.

Rasmus Sandin also had a goal for Sweden, with Fagemo adding an assist.

Patrik Puistola and Matias Maccelli had a goal each for Finland.

Canada will face Russia in the gold-medal game later Sunday.