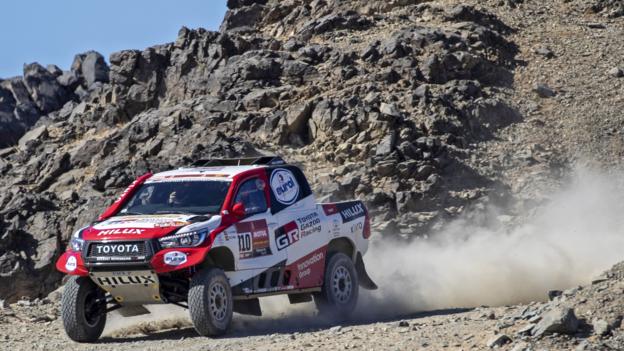 The Spaniard is making his debut in the event for Toyota and trying to become the first F1 world champion to win it.

The 38-year-old, alongside navigator and five-time Dakar motorbike champion Marc Coma, was over a quarter of an hour behind stage winner Vaidotas Zala.

Monday’s second stage is a 401km drive from Al Wajh to Neom.

Defending champion Nasser Al-Attiyah, who led for more than 200km, finished fourth after late mechanical problems with his Toyota.