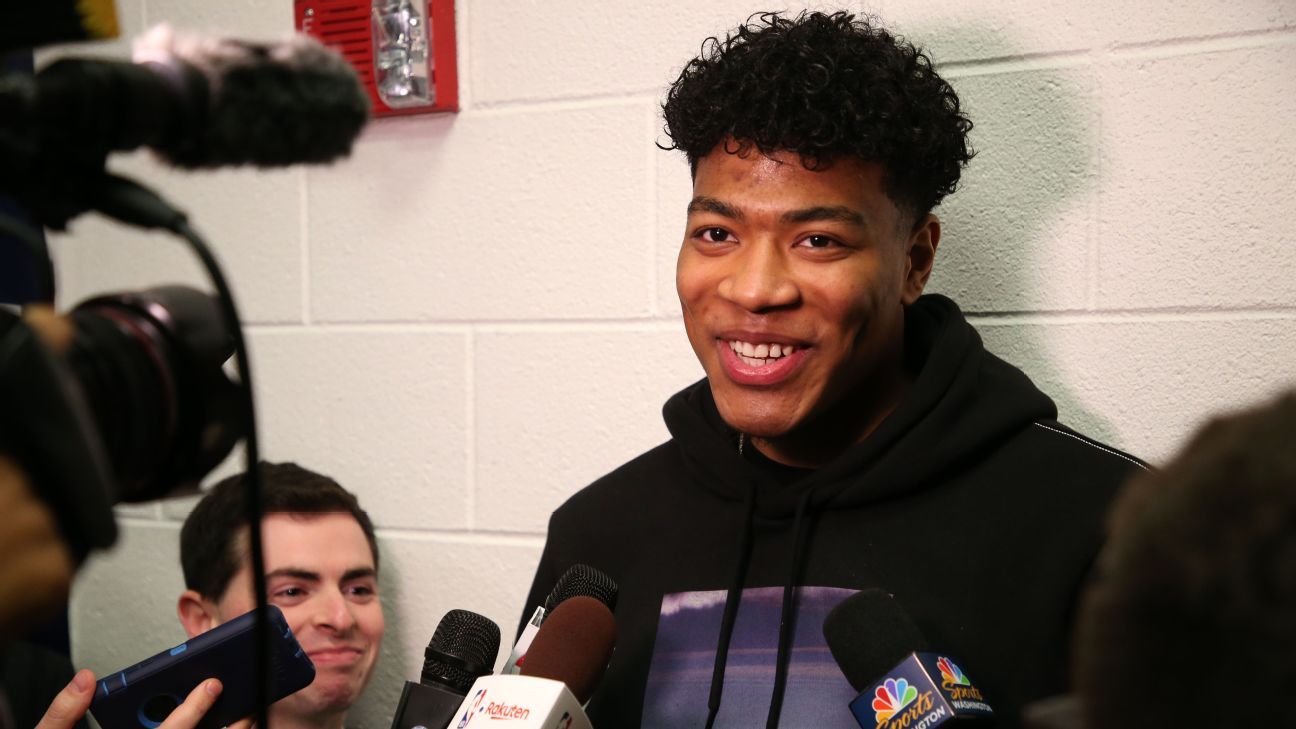 WASHINGTON — Washington Wizards rookie forward Rui Hachimura will be reevaluated in two weeks while he continues to recover from a minor procedure associated with a groin injury he sustained Dec. 16 in Detroit.

Hachimura, the first player from Japan to be selected in the first round of the NBA draft, rejoined the team on the sideline Friday in the Wizards’ loss to Portland.

“It’s been kind of weird because I’m never away from basketball like this,” Hachimura said Saturday.

“I watch the games on TV. Coach (Scott) Brooks and (General Manager) Tommy (Sheppard) came to my house a couple days ago. I’ve been talking to my teammates.”

Originally expected to miss five games, Hachimura has been out nine games heading into Saturday’s game against Denver. Washington has gone 2-7 without Hachimura, who was averaging 13.9 points and 5.8 rebounds while starting all 25 games for Washington.

The injury occurred when teammate Isaac Bonga accidentally kicked Hachimura in the groin trying to grab a rebound. Hachimura said that Bonga felt bad and apologized and that they are both “cool”.