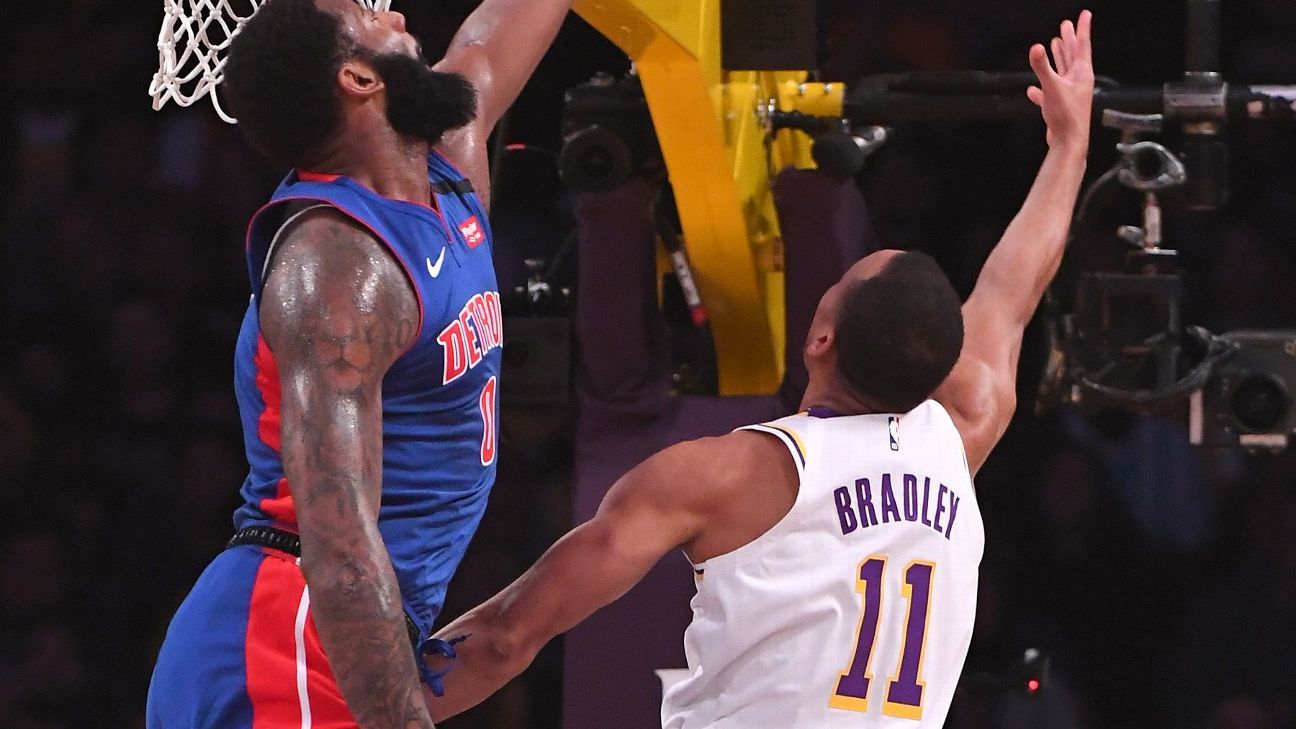 LOS ANGELES — Lakers guard Avery Bradley left Sunday’s game against the Detroit Pistons late in the second quarter with a sprained right ankle and will not return, according to the team.

Bradley fell to the floor after rolling his ankle on a fastbreak opportunity and had to be helped to the locker room. He received X-rays on the ankle, which came back negative, per the Lakers.

Bradley, who has been the Lakers’ starting shooting guard for most of the season, previously missed 13 straight games from mid-November until early December with a hairline fracture on the fibular head of his right leg.

Kentavious Caldwell-Pope, who had a left ankle injury of his own against the Pistons that required him to have his ankle re-taped, started the second half in Bradley’s place.