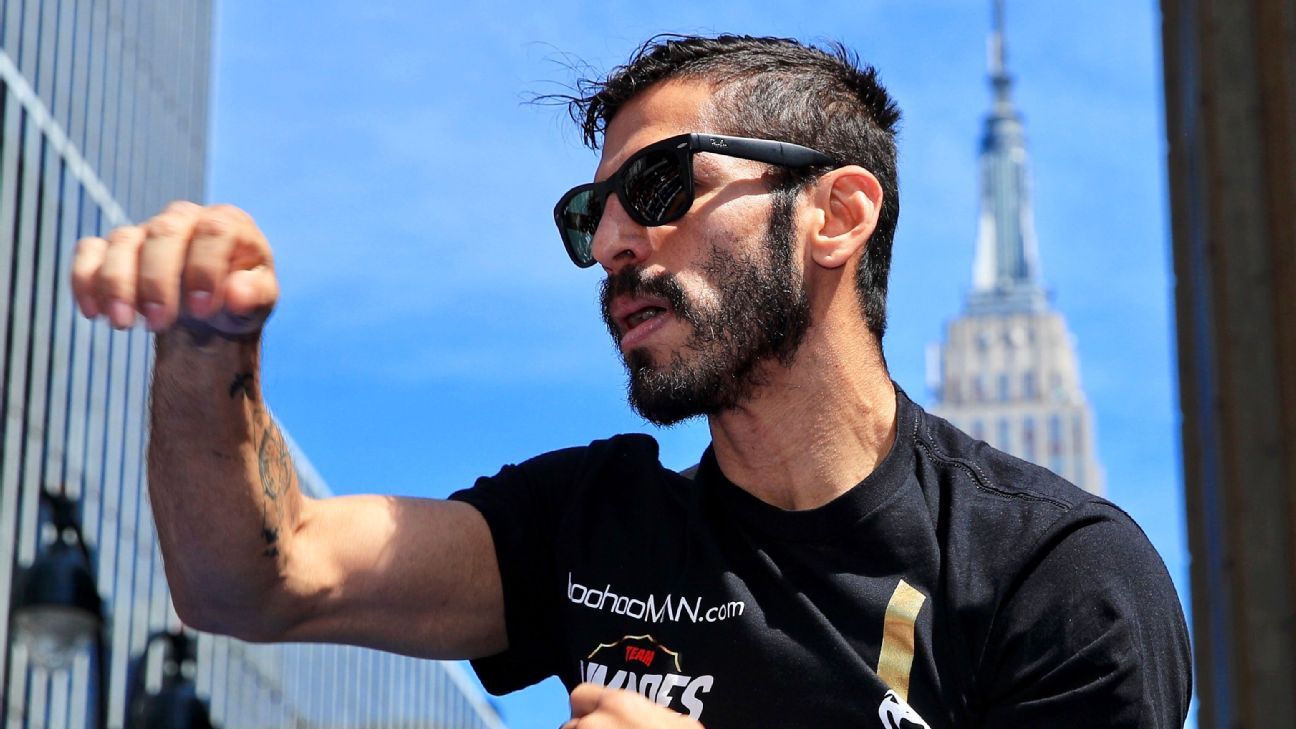 Former three-division world titlist Jorge Linares, looking to continue his comeback from a disastrous 2019, got an opponent Monday for his fight on Feb. 14.

Golden Boy Promotions said Linares will face Carlos Morales in a 12-round lightweight fight that will serve as the co-feature on the DAZN card headlined by the Ryan Garcia-Francisco Fonseca lightweight fight at the Honda Center in Anaheim, California.

Linares, who has won world titles at lightweight, junior lightweight and featherweight, jumped up to junior welterweight last January and it proved to be a major mistake, as he suffered a first-round knockout against Pablo Cesar Cano.

Linares (46-5, 28 KOs), 34, a Venezuela native fighting out of Las Vegas, returned in September for a low-profile fight in Japan, where he has fought often and used to live, and easily outpointed novice pro Al Toyogon.

Now he will take on the far more experienced Morales (19-4-4, 8 KOs), 29, a Mexico native fighting out of Highland Park, California, who lost a decision to Garcia in September 2018.

“Jorge Linares spent years at the pinnacle of the lightweight division,” Golden Boy CEO Oscar De La Hoya said. “With memorable fights against Kevin ‘Mighty’ Mitchell, Anthony ‘Million Dollar’ Crolla, Luke Campbell and Mercito ‘No Mercy’ Gesta, Linares cemented himself as one of the most dominant 135-pound champions in recent years. Now, he’ll have to reaffirm his status as a contender against Carlos Morales. This is a definitely a crossroads fight, where the winner will be on the path to fighting some of the biggest names of the sport.”

By having the 21-year-old Garcia (19-0, 16 KOs), Golden Boy’s most popular young fighter, and Linares, a well-known fighter in the twilight of his career, appear on the same card — and with Linares facing one of Garcia’s past foes — Golden Boy is setting the stage for an eventual fight between the two.

“That’s the plan,” Golden Boy president Eric Gomez told ESPN. “Ryan is ready to make a statement this year and he wants to step up leaps and bounds and we feel that he’s ready. So we’re going to go ahead and look to do step-up fights for him and Linares would be a great step up for him. So we’ll see how Linares looks against Morales. Linares is fighting a guy who gave Ryan some problems in a very good fight. We’ll see how Linares fares with him.”

Gomez said Garcia-Linares could be the next fight for both of them as long as they win on Feb 14. “It could possibly be next,” Gomez said. “It depends on how they look but they are both willing to fight each other.”

For his part, Linares said he is focused on Morales first.

“I’m more than ready to start the year off strong against Carlos Morales,” Linares said. “2019 was a difficult year, but I’ve been through ups and downs in my career before, and I’ve always come back. On Feb. 14, I’m going to show why I became a four-time world champion by scoring a dominant win. After that, I hope to fight for a world title very soon.”

Morales is 2-0-1 in his last three fights but has lost against his best opponents. Besides Garcia, he also lost decisions to Alberto Machado and Rene Alvarado, both of whom went on to win junior lightweight world titles.

“It’s an honor to share the squared circle with a three-division world champion,” Morales said of Linares. “The only way to get to the top of the division is to fight the best. That’s where I want to be, so on Feb. 14 the fans will see me at my very best.”