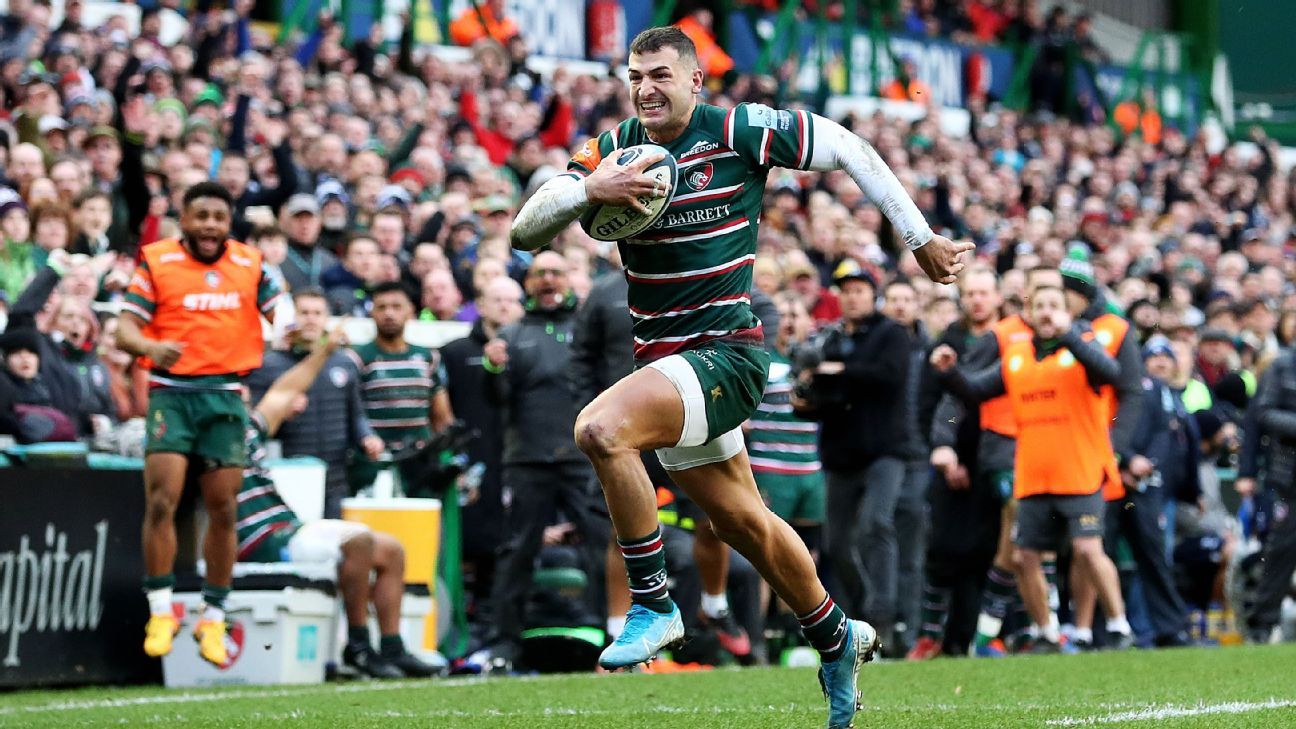 Leicester Tigers wing Jonny May has said that he could leave the club when his contract expires this summer.

ESPN understands that Saracens are leading the way in a bid to sign May in the summer.

The England international scored two tries in Leicester’s 31-18 win over Bristol Bears on Saturday as the side picked up their second win of the season.

May, who joined Leicester from Gloucester in 2017, is yet to renew his contract with the club with his current deal set to expire at the end of the season.

“It’s never nice to leave a club. I have done it before. It’s not a nice thing to do, but if I feel I need to do that I would,” May said.

“I don’t want to talk about contracts, but it’s still up in the air for me.”

Fellow England internationals George Ford and Ellis Genge both signed new contracts with Leicester on Wednesday despite previous speculation that they would move on.