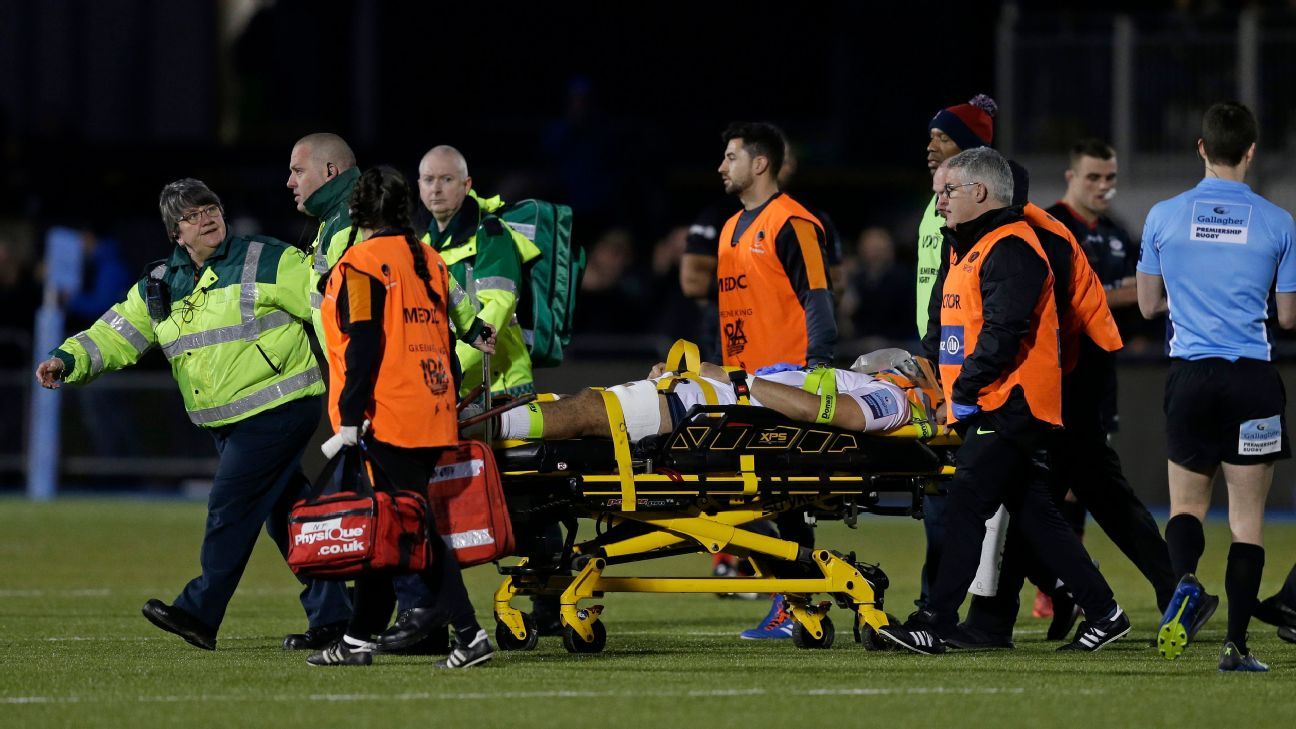 Worcester Warriors lock Michael Fatialofa underwent surgery on Monday evening for bruising and swelling on his spinal cord, the club announced in a statement.

Fatialofa was injured a minute after coming on as a replacement substitution during Saturday’s defeat to Saracens.

Play was suspended for 15 minutes so the 27-year-old could be treated before he was removed from the pitch on a stretcher.

“Initial scans were positive showing no broken bones, however, he has some bruising and swelling on his spinal cord,” the club said.

“He will undergo surgery this evening in order to relieve the pressure caused by the bruising and help restore function.”

The Warriors confirmed the club’s medical team had been in daily contact with Fatialofa’s doctors.

Warriors director of rugby Alan Solomon said in his post-match news conference that he believed Fatialofa had dropped his head when he went into contact and this had led to his injury.

“For me, a neck injury like that is a massive concern and I am worried about it, but the medics have taken all precautions and have done everything possible,” Solomon said.

The former Hurricanes player arrived at the Sixways last season on a two-year contract.