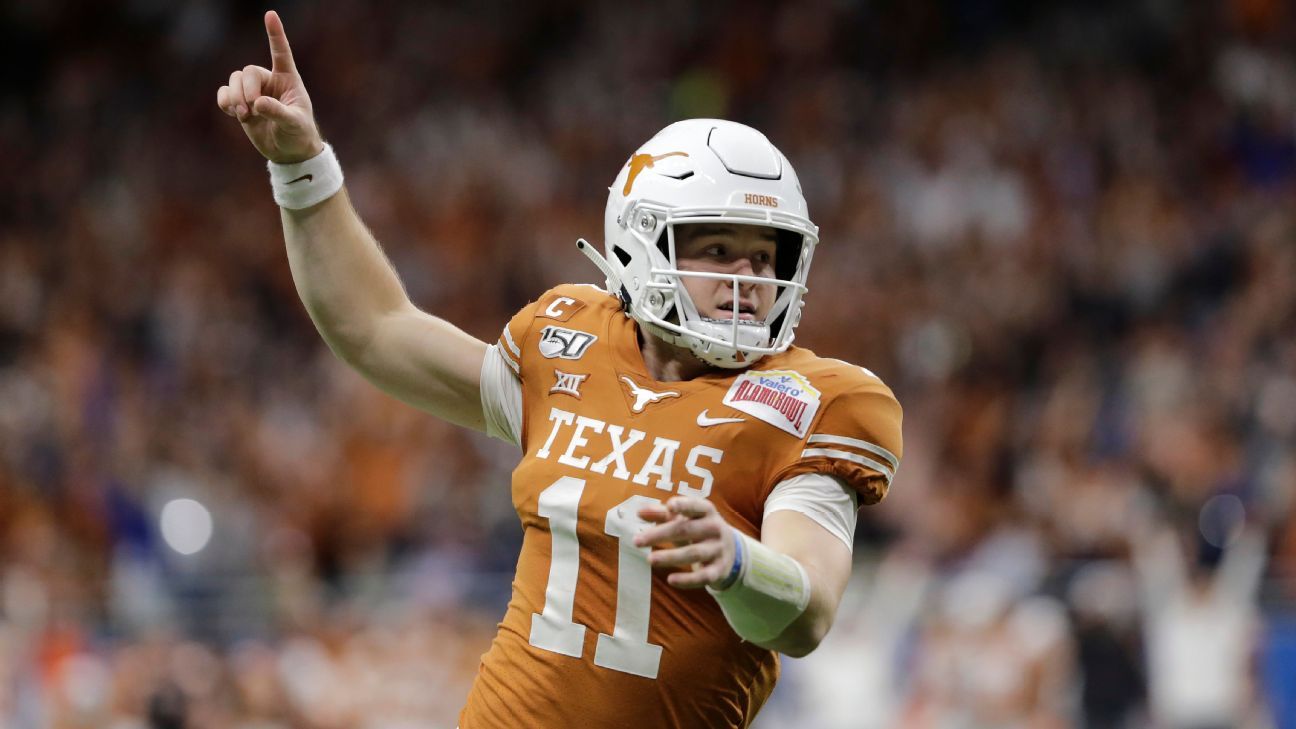 Sam Ehlinger will return for his senior season at Texas, the quarterback announced via Twitter on Monday.

He was the offensive MVP of the Valero Alamo Bowl after recording four TDs and throwing for 201 yards.

After a 10-win season in 2018 set up a top-10 ranking to start 2019, Texas underwhelmed in a season the Longhorns expected to contend for the Big 12 title. Instead, they ended the year with both the offensive and defensive coordinators getting replaced.

Mike Yurcich takes over for Tim Beck as offensive coordinator; Yurcich spent the 2019 season as Ohio State‘s passing game coordinator and quarterbacks coach, working with Heisman Trophy finalist Justin Fields and helping the Buckeyes to a 13-1 record and a trip to the College Football Playoff.

The Longhorns expect to return 15 starters in what will be a pivotal year for coach Tom Herman.