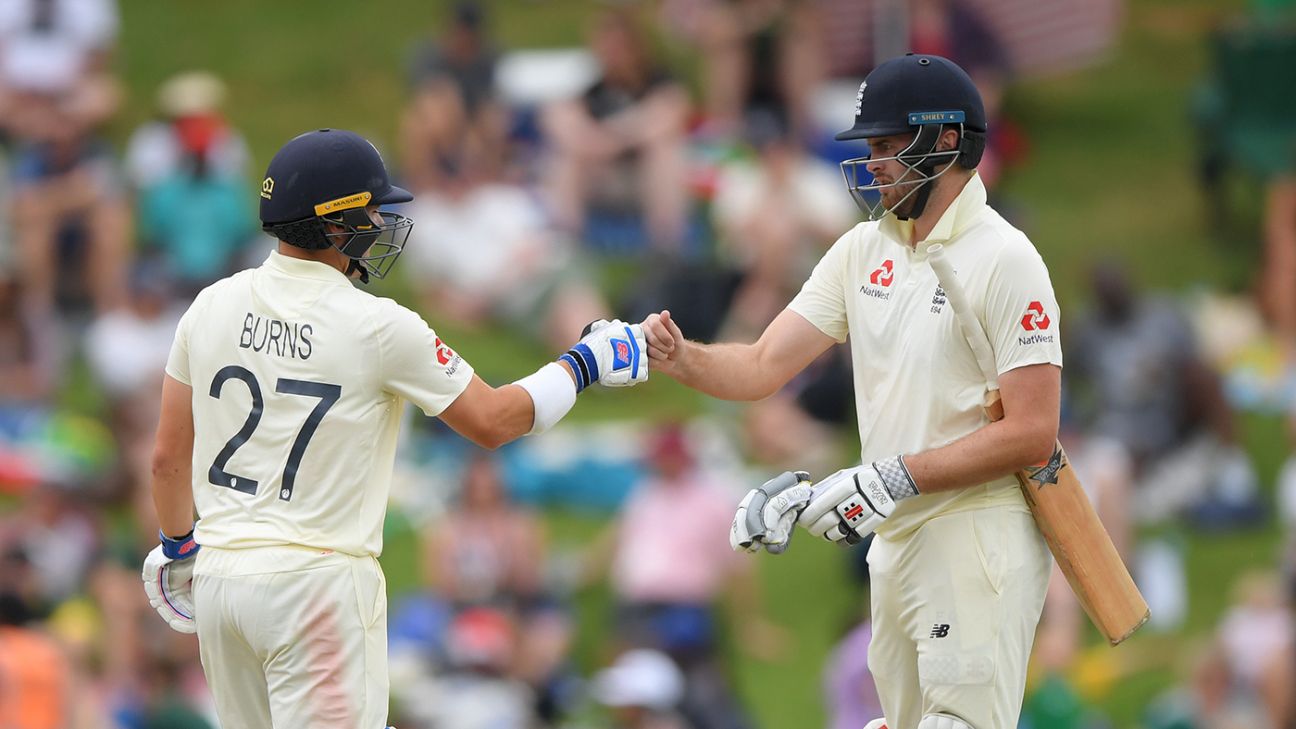 The ECB has confirmed that Rory Burns will miss England’s Test tour of Sri Lanka after suffering ruptured ligaments in his left ankle playing football the day before the Cape Town Test.

Burns underwent surgery in London on Monday and is expected to be out of action for four months. That means he will take no part in England’s two-Test tour of Sri Lanka in March but hopes to return to action for Surrey in the opening weeks of the Championship season in April.

Burns’ opening partnership with Dom Sibley, who made his maiden hundred in Cape Town, was only three Tests old, with Zak Crawley coming in to take his place. Both Sibley and Crawley, along with fellow opener Keaton Jennings, have been named in the Lions squad to tour Australia next month.

As a result of the injury, the England management have banned the playing of football as part of the squad’s warm-up routine.

There has been better news for England in the sight of Mark Wood and Jofra Archer bowling together in Cape Town. The pair were both deemed unavailable for the second Test but are expected to be fit to play in the third Test in Port Elizabeth.