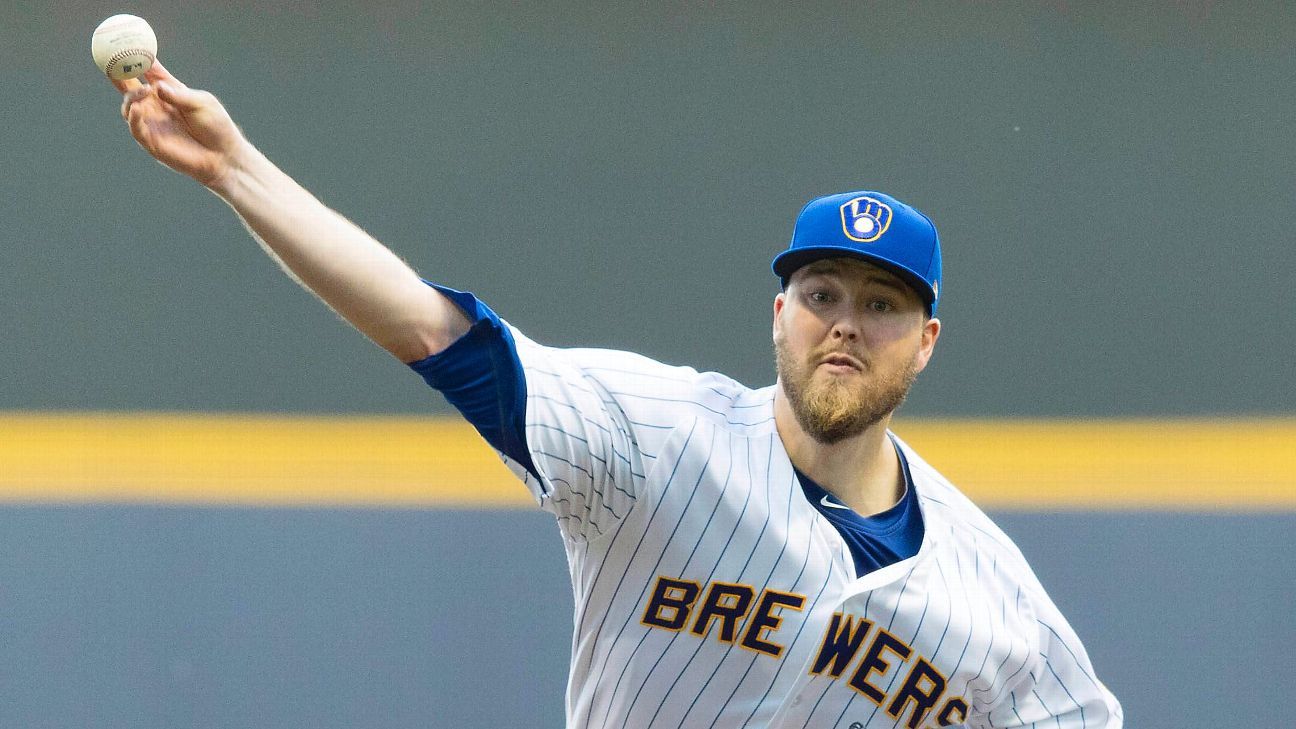 LOS ANGELES — The Dodgers, still hoping to acquire a star player on the trade market, made another low-risk, high-upside addition on Tuesday, agreeing to terms on an incentive-laden deal with Jimmy Nelson, sources confirmed to ESPN.

Nelson, a 28-year-old right-hander who had spent his entire career with the Milwaukee Brewers, signed a one-year, $1.25 million contract that includes a $2 million club option for 2021, which could become a more lucrative mutual option if he reaches certain thresholds. Nelson’s deal, first reported on by the L.A. Times, could surpass $13 million if he hits all of his incentives.

Nelson broke out as a starting pitcher in 2017, going 12-6 with a 3.49 ERA and finishing ninth in National League Cy Young Award voting. But he underwent shoulder surgery in September and missed the entirety of the 2018 season. In 2019, he battled elbow soreness, got demoted to Triple-A and compiled only 22 innings in the major leagues. The Brewers decided not to tender him a contract in December, making Nelson a free agent with five years of major league service time.

If healthy, the Dodgers believe Nelson might be able to tap back into some of the dominance he displayed a couple of years ago. They will give him an opportunity to compete for a spot in their starting rotation — along with young arms such as Dustin May, Tony Gonsolin and Julio Urias — but believe he can also be a weapon out of the bullpen. Nelson joins Blake Treinen, a previously dominant reliever for the Oakland Athletics, as the Dodgers’ only substantive additions thus far.