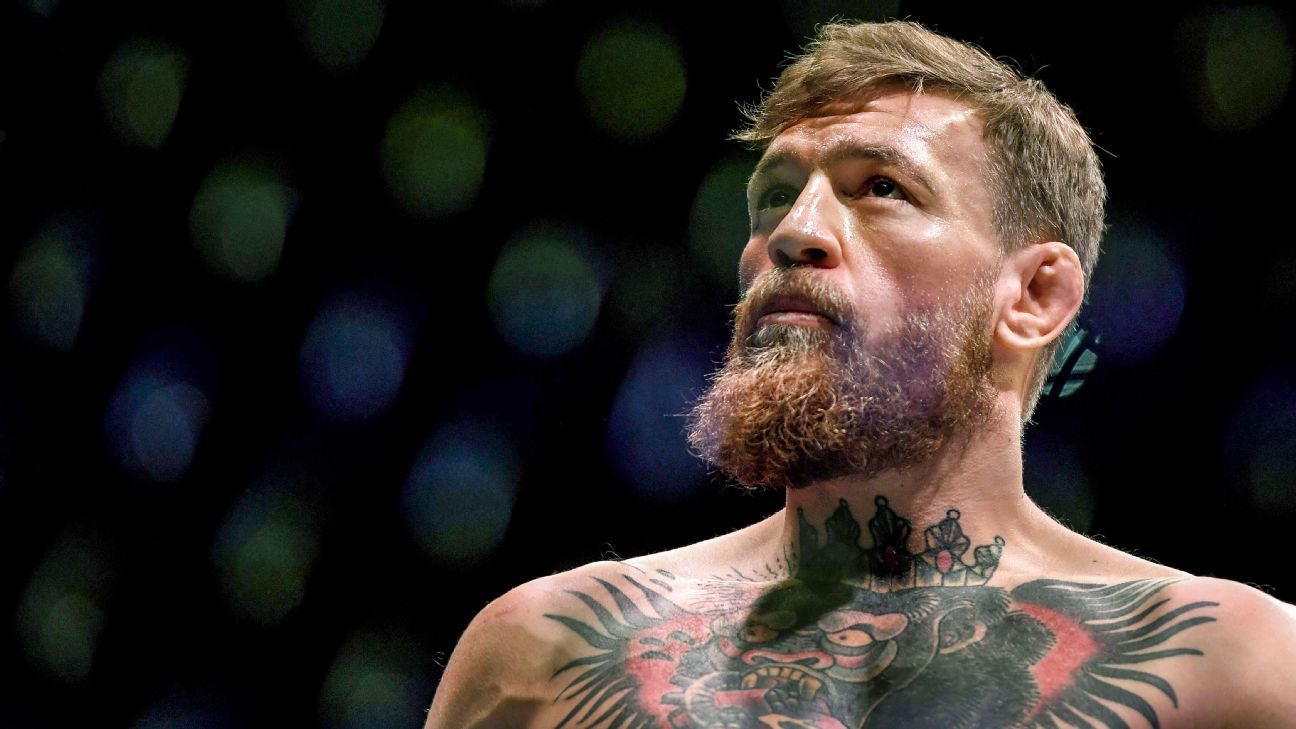 He’s back. Conor McGregor will be returning to the Octagon for the first time since October 2018 — and only his second MMA fight since November 2016 — when he faces Donald “Cowboy” Cerrone in the main event of UFC 246 on Jan. 18 at T-Mobile Arena in Las Vegas.

McGregor (21-4) was last seen being defeated by lightweight champion Khabib Nurmagomedov at UFC 229. Cerrone (36-13, 1 NC) has lost his last two fights, most recently in a first-round TKO at the hands of Justin Gaethje last September.

The UFC’s first card of the year features its biggest star squaring off against its all-time leader in wins in the main event. Conor McGregor, who hasn’t fought since October 2018, will close the show at UFC 246 against Donald “Cowboy” Cerrone in a welterweight fight. In the co-main event, former bantamweight champion Holly Holm will face Raquel Pennington.

Don’t have ESPN+ for the early prelims? Get it here.

There’s also FightCenter, which offers live updates for UFC 246 and every UFC card.

What you need to know about Donald “Cowboy” Cerrone