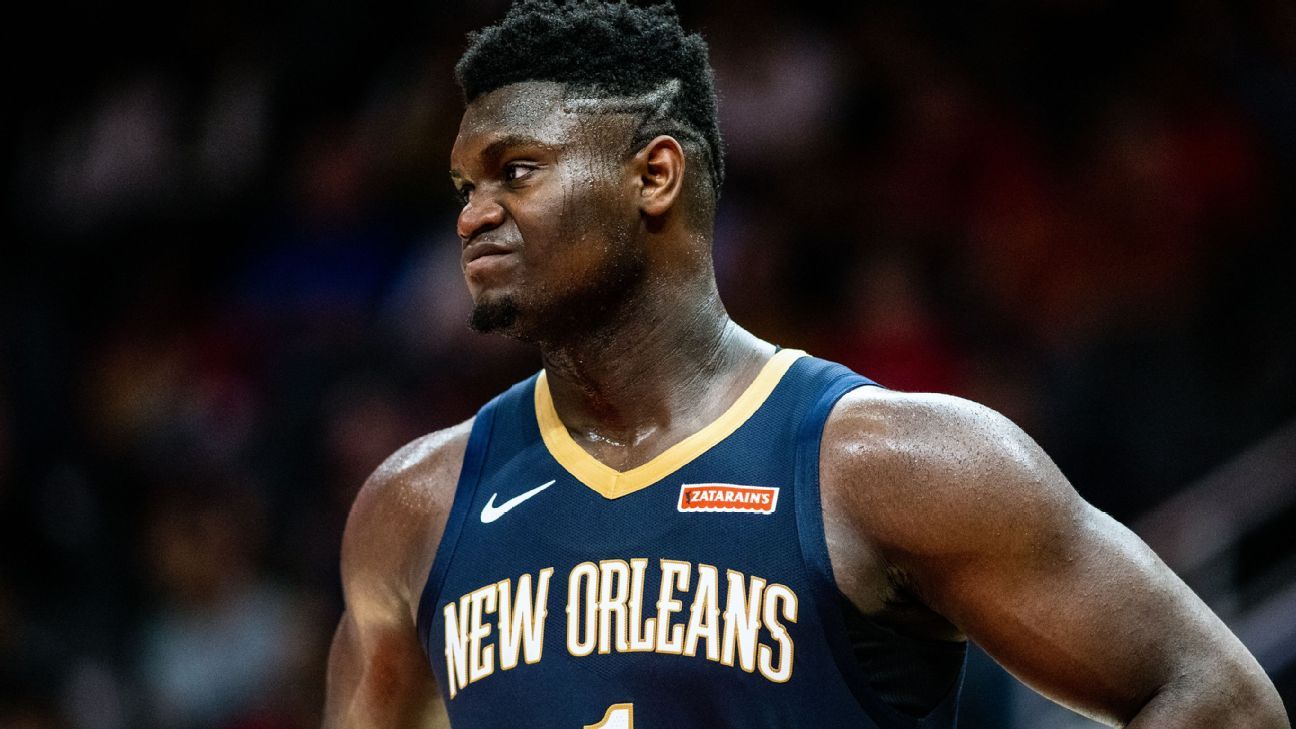 NEW ORLEANS — New Orleans Pelicans rookie Zion Williamson participated in 5-on-5 drills at practice on Tuesday as he took another step towards making his NBA debut.

It was the first time since his knee surgery on Oct. 21 that Williamson was able to participate in 5-on-5 action with teammates. Up until this point, he had been working on 3-on-3 and 4-on-4 drills with a mixture of coaches, staffers and players.

While there is a plan outlined for Williamson’s return, there isn’t a specific date circled on the calendar just yet, Pelicans coach Alvin Gentry said on Tuesday.

Williamson will have to participate in more full practices before he’s allowed to make his return. The problem for New Orleans in that regard is the team’s upcoming schedule.

New Orleans hosts Chicago on Wednesday night and then travels to face the New York Knicks on Friday. The Pelicans play at Boston on Saturday before a game at Detroit on Monday night.

Gentry said the Pelicans were also limited in numbers for practice as Jrue Holiday rested while he’s nursing an elbow injury. Veterans Derrick Favors and JJ Redick were given time to rest as well.

“So what we tried to do was get a lot of work in in the hour that we’re out there,” Gentry said.

When Williamson does make his NBA debut, there will be some restrictions. Last month, Pelicans executive vice president of basketball operations said Williamson will “very likely will not be asked to take the pounding of back-to-backs initially.”

Gentry took it one step further Tuesday and said Williamson will be on a minutes restriction when he’s back in action.

“It’s not worth the gamble of just trying to make this thing something that it’s not right now,” Gentry said. “We want to make sure that everything is in place and we’ll take our time. Obviously he’s not going to come out and be a 30-minute-a-game guy. It’s going to be a slow process to get him to the minutes that everybody wants to see him.”

New Orleans is 12-25 after Monday’s loss to the Utah Jazz, but the Pelicans have won six of their past nine and are just four games out of the playoff race.

The Pelicans made some defensive changes in the past three weeks that have led to the surge, and adding Williamson to that mix should only help New Orleans’ chances of improving their record.

“I think that’s always a possibility, but who he is and the way he plays, it’s not going to be like starting completely new again,” Gentry said. “It’ll take a while for everything to come together. It’ll take a while anyway, doesn’t matter who it is. I think because of his basketball knowledge and the IQ that he has, I think we can skip some of the steps, and I think he’ll be okay.”

Even when Williamson does return, Gentry and the team don’t want to put too much pressure on the No. 1 overall pick too soon.

“We got a glimpse of what we think he could be in the preseason, but obviously the regular season is much different,” Gentry said. “He’s going to be a really good player. It doesn’t matter time-wise, but we know that that’s going to happen. As coaches, as administrators, as fans, we just have to be a little bit patient. It’s not anything that’ll happen overnight.”