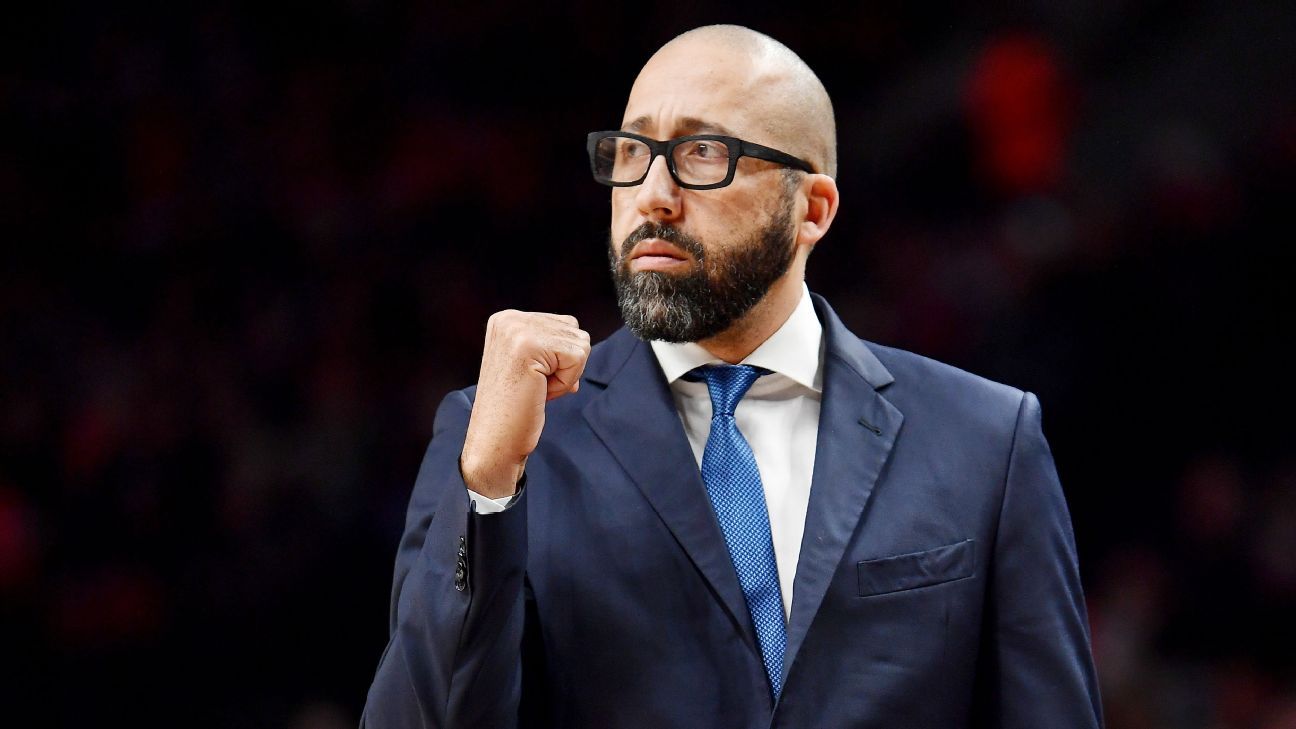 NEW YORK — One month after he was fired as head coach of the New York Knicks, David Fizdale said that he has “no ill feelings” toward the organization.

Speaking for the first time about his firing on ESPN’s Golic and Wingo, the 45-year-old Fizdale said that he understood that the decision to let him go wasn’t personal.

“That’s the business we’ve chosen,” Fizdale said. “I respect those guys greatly. I miss the hell out of them. I also learned a ton from it and I was just really grateful to have that opportunity to say I was the head coach of the Knicks.”

Fizdale was fired on Dec. 6 — one day after the Nuggets blew out New York by 27 points. At the time, the Knicks were on an eight-game losing streak and owned an Eastern Conference-worst record of 4-18. He was replaced by interim coach Mike Miller. New York is 6-9 since Fizdale left.

On the show, Fizdale weaved between weighing in on league-wide topics, like the trade deadline, and reflecting on his tenure in New York. He has high praise for rookie RJ Barrett, saying, “I really think he was built for New York City.”

“He is not easily rattled,” Fizdale said. “His work ethic is second to none.”

The Knicks have struggled continuously in recent years, missing the playoffs six years in a row, which is tied for the second-longest streak in franchise history.

Wednesday morning, Fizdale said that the most challenging part of coaching in Madison Square Garden is the fan patience as the Knicks continue to spin their wheels in perpetual rebuild.

“It is a team that has struggled for a long time and I think fans really want to get that thing going as soon as possible,” Fizdale said. “It’s unique from that standpoint. There’s other places you can take your time a little more and build more slowly.”

Fizdale said he believes New York is on the right track and it is “just a matter of time before it comes together.”