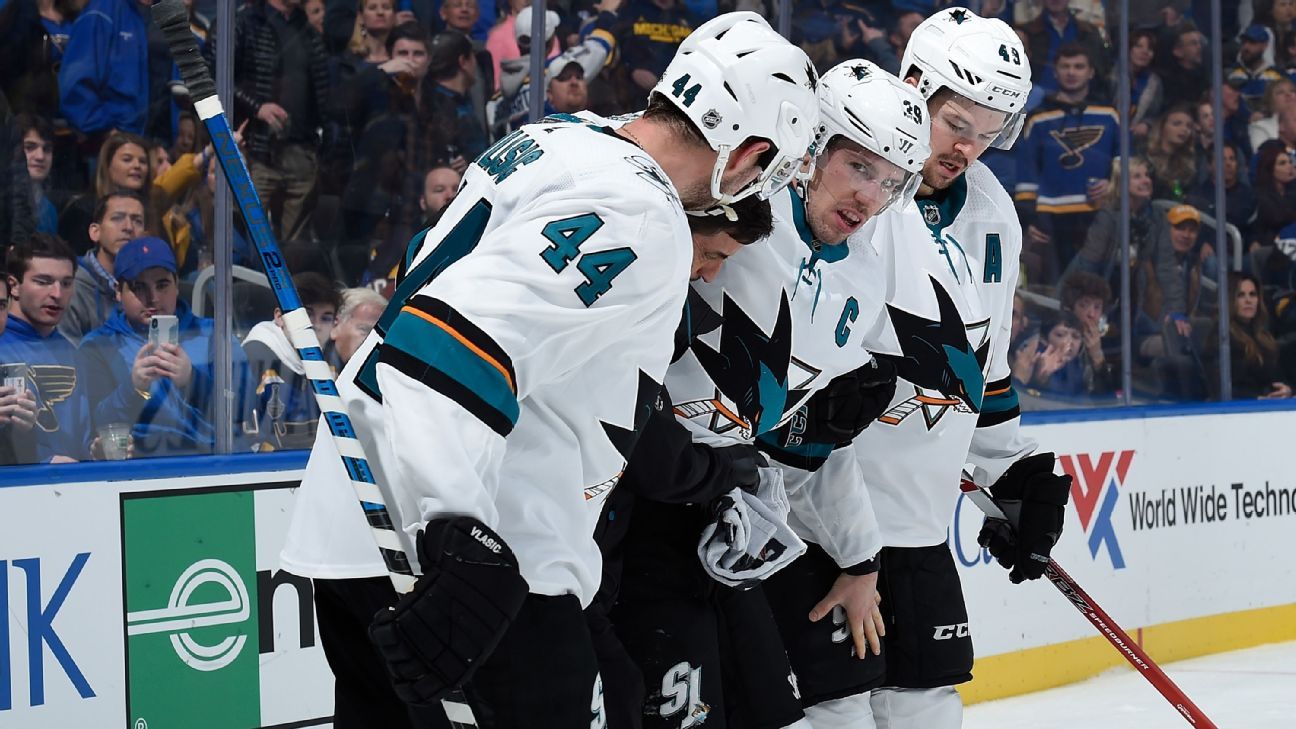 San Jose Sharks center Logan Couture was helped off the ice in the second period of Tuesday’s 3-2 loss at St. Louis and did not return.

Couture and St. Louis’ Vince Dunn collided and went into the boards with 12:27 remaining in the period.

Couture, in his 11th season, was favoring his left knee, which he banged into the boards.

Postgame analysis and highlight show airing each night throughout the season from Barry Melrose and Linda Cohn. Watch on ESPN+

“It’s big-time concerning, even if it’s just a couple games or whatever, if it’s a couple weeks,” San Jose coach Bob Boughner said. “He’s a catalyst of our offense, penalty kill and everything. It’ll be a tough loss but hopefully it’s not too long and it’s a day-to-day thing, so we’ll have a better idea about that [Wednesday]. When a guy like that goes down, everybody is very shocked.”

Couture has a walking boot on, Boughner said.

“I know they did X-rays,” Boughner said. “I believe they’re negative, but we’re going to reassess him again [Wednesday].”