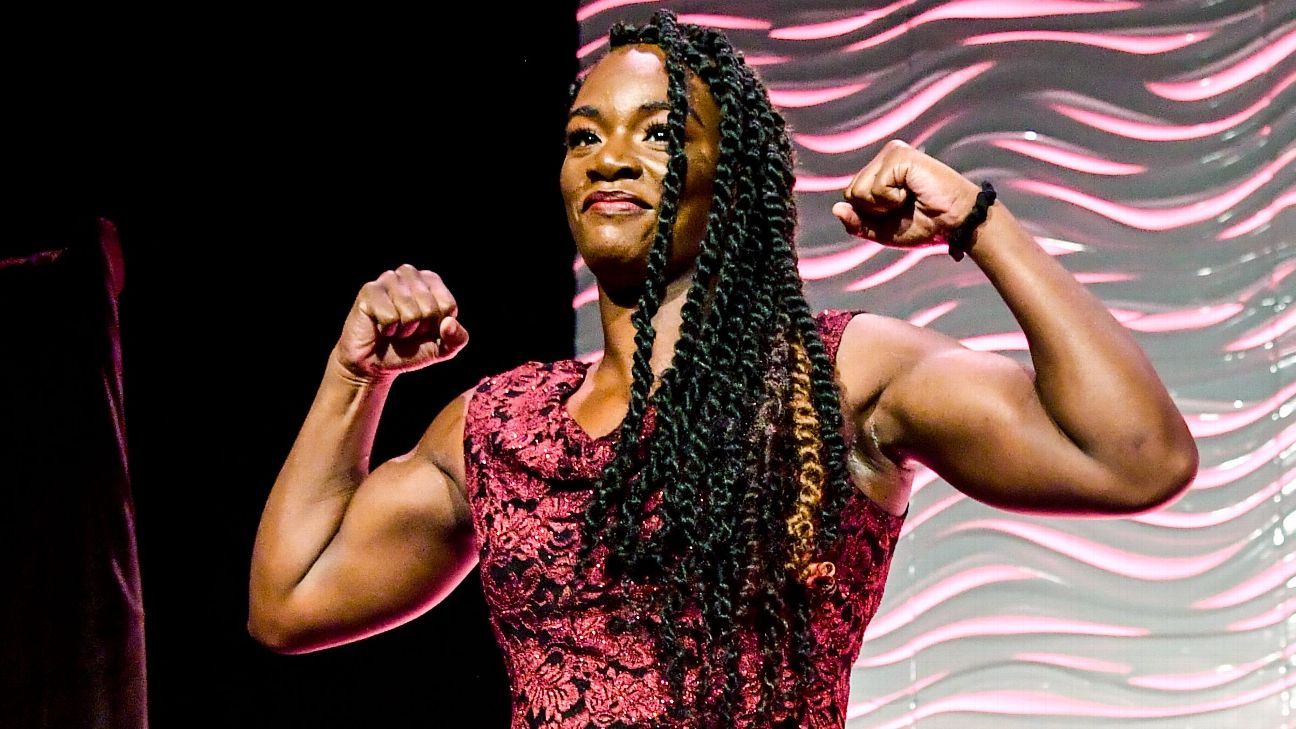 Three months ago undisputed women’s middleweight world champion Claressa Shields was scheduled to drop down to the junior middleweight division and fight Ivana Habazin for two vacant world titles in an effort to win a title in a third weight class.

Shields and Habazin had arrived at the weigh-in on Oct. 4, the day before the fight, which was due to be Shields’ first bout in her hometown of Flint, Michigan, as they counted down the hours until the first bell.

But it never rang because the fight was canceled at the weigh-in. Habazin’ trainer, 68-year-old James Ali Bashir, was viciously attacked, seriously injured and hospitalized with head and facial injuries, allegedly at the hands of Shields’ brother, Artis Mack, who was later arrested and charged with one count of assault with intent to do great bodily harm less than murder

The fight was eventually rescheduled and they will meet in the main event of a Showtime-televised tripleheader on Friday (9 p.m. ET) at the Ocean Casino Resort in Atlantic City, New Jersey. Bashir, who is still recovering, will not be in Habazin’s corner, replaced for the fight by one of his protégés, former pro welterweight Steve Upsher Chambers.

Naturally, the shocking incident that took place at the weigh-in for the canceled fight was a major topic of discussion when Shields and Habazin met face to face at the final pre-fight news conference on Tuesday in New York.

“After everything happened in Flint, I had a conversation with Stephen Espinoza and he just told me to stay focused,” Shields said of the Showtime Sports president, who has championed Shields’ career and women’s boxing like no other television executive. “Everyone who was in Flint and knows about the incident that happened knows it’s not something I have a history of doing. I don’t do stuff outside the ring.”

Shields took exception to Habazin’s insinuation that Shields herself was somehow involved in the attack as a way to get out of the fight due to problems making the 154-pound weight limit.

“One of the things she said that was really disrespectful was that I didn’t make weight for Oct. 4,” Shields said. “Don’t believe the lies. I made 154 pounds and I’m going to be a three-division world champion come Friday. Ivana doesn’t stand a chance. I’m sorry; I’m just going to keep it real.

“Once the fight is over, she’s going to be a blast from the past. They won’t be talking about the incident in Flint. They may remember it, but her? They won’t even remember her name after I beat her down on Friday.”

Shields (9-0, 2 KOs), 24, the two-time Olympic gold medalist who has declared herself the greatest female boxer of all time, promised she would knock out Habazin (20-3, 7 KOs), 30, of Croatia, who was stopped in one of her defeats.

“I’m once in a century kind of athlete. I guarantee it’s going to be over before six rounds,” Shields said. “And I say six because I’m punching different. I’m stronger at 154. I’m faster.”

Habazin, a former welterweight world titlist, who will be fighting in the United States for the first time, brushed off Shields’ boasts.

“I want to say that Claressa Shields is not the greatest woman of all time, but she is the greatest bully of all time,” Habazin said. “She can say whatever she wants, but you know what, talk is cheap, and on Friday night she ain’t going to do anything, because I’m going to knock her out.

“In regards to weight, I definitely think it’s going to be an advantage for me, but I don’t worry about her weight. Whatever, this is the fight. It’s not a game, and I came here to win. She can say whatever she wants, but the lion doesn’t concern itself with the opinions of sheep. So, I don’t even think about her.”

With a win, Shields, who unified two belts at super middleweight and later unified all four major titles at middleweight to become undisputed champion with a rout of Christina Hammer in her last fight in April, can make a bit of history with a victory. She can win world titles in three divisions in fewer fights — 10 — than any boxer in history, male or female. Pound-for-pound king and unified lightweight world champion Vasiliy Lomachenko won a title in his third division in his 12th fight in May 2018.

The opener will feature a women’s super middleweight world title unification bout between Alicia Napoleon Espinosa (12-1, 7 KOs), 33, of Lindenhurst, New York, and Elin Cederroos (7-0, 4 KOs), 34, of Sweden. If Shields and Napoleon Espinosa both win they are expected to meet for Shields’ belts at middleweight later this year.