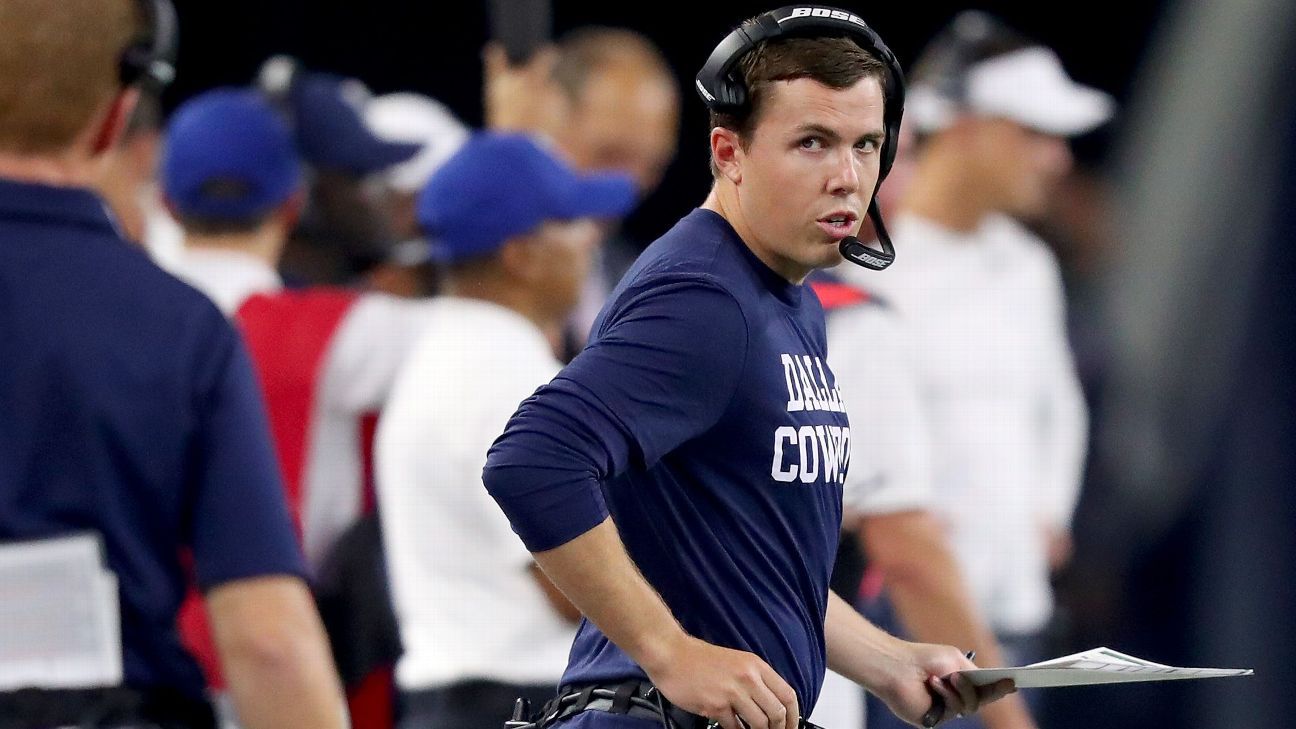 FRISCO, Texas — Mike McCarthy’s introduction as Dallas Cowboys head coach will come Wednesday, but he is busy putting together his coaching staff already.

On Monday, it was learned that Mike Nolan will be McCarthy’s defensive coordinator after spending the past three seasons as linebackers coach for the New Orleans Saints.

Moore will be a holdover from Jason Garrett’s staff, although there could be more individuals returning.

In Moore’s first year as a playcaller in 2019, the Cowboys were the top-ranked NFL offense in terms of yards per game and sixth in points per game. For the first time in franchise history, the Cowboys had a 4,000-yard passer (Dak Prescott), 1,000-yard rusher (Ezekiel Elliott) and two 1,000-yard receivers (Amari Cooper, Michael Gallup) in the same season.

While the belief is that McCarthy will call plays in 2020, several sources indicated he was impressed by Moore, who has only two seasons of coaching experience.

Fassel had been the Rams’ special-teams coordinator since 2012, and he has regularly overseen one of the top units in the league. In 2017, kicker Greg Zuerlein, punter Johnny Hekker, returner Pharoh Cooper and long-snapper Jake McQuaide were named to the Pro Bowl.

The Cowboys’ special teams struggled in 2019. Brett Maher missed 10 field goal attempts before his release late in the season. The Cowboys had the worst kickoff return average in the NFL and allowed a blocked punt in a 13-9 loss to the New England Patriots.

At different times during his tenure with the Packers, McCarthy had a substandard special-teams unit.

Tomsula had been the Washington Redskins‘ defensive line coach since 2017 after a nine-year run with the San Francisco 49ers that began when Nolan was the head coach. In 2015, he was the Niners’ interim head coach.