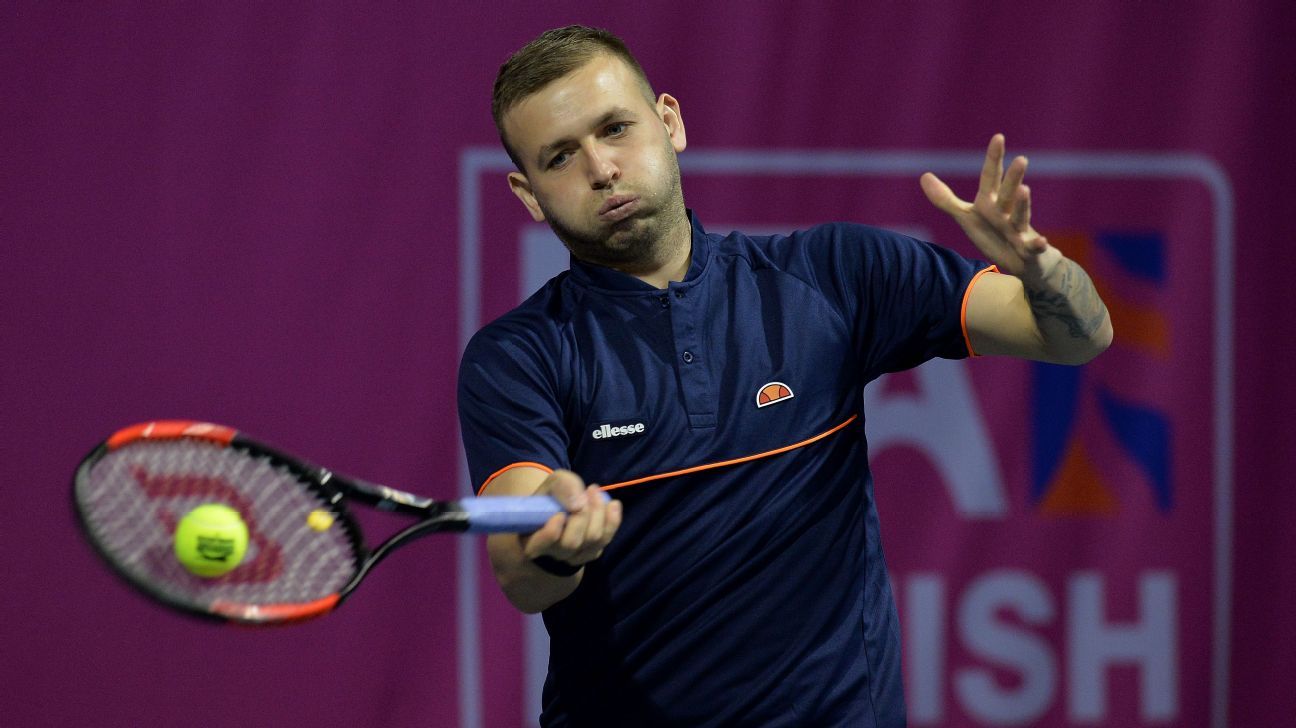 SYDNEY — Dan Evans beat Alex de Minaur on his fifth match point in a 3-hour, 23-minute singles encounter to send the ATP Cup quarterfinal between Britain and Australia to a deciding doubles.

For de Minaur, that meant going almost straight back on court for Australia. Lleyton Hewitt, the Australian captain, made a late decision to use both his top singles players for the crucial doubles match against Jamie Murray and Joe Salisbury, with de Minaur and Nick Kyrgios replacing Chris Guccione and John Peers.

Australia didn’t lose a match in the group stage as it finished with three 3-0 sweeps in Group F in Brisbane, securing its spot in the playoffs in of the new 24-team tournament with a match to spare. Britain finished atop Group C with a 2-1 record in Sydney.

There were two exchanges of serve in the third set and Evans had four match points in the 12th game, when de Minaur saved two from 15-40 and another two after the game went to deuce.

The tiebreaker was one-sided, with Evans winning five straight points from 2-2 to ensure Britain and Australia were tied after the singles.

The winner will play either Spain or Belgium in the semifinals on Saturday.

Russia was playing Argentina later Thursday in the second of the quarterfinals.