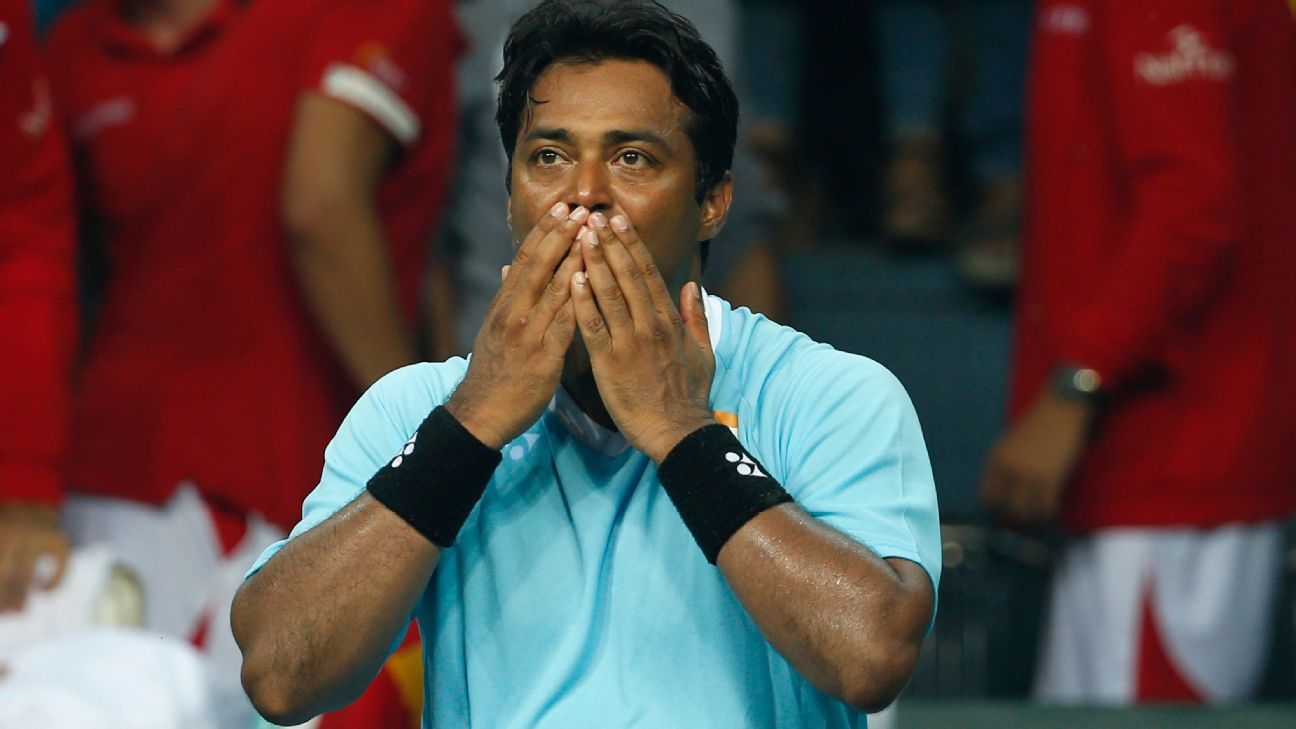 NUR-SULTAN — Leander Paes bettered his own Davis Cup record by winning his 44th doubles match along with debutant Jeevan Nedunchezhiyan as India took an unassailable 3-0 lead against Pakistan with victory in the third rubber in Nur-Sultan on Saturday. The reverse singles rubbers were cancelled after India secured the tie.

Pakistani teenagers Mohammed Shoaib and Hufaiza Abdul Rehman were no match for the Indian combination, who needed just 53 minutes to win 6-1, 6-3.

Hufaiza and Shoaib began with a hold of serve in the opening game but the Indians broke them in the third game before holding their own for a 3-1 lead. Paes and Jeevan then took control with another break of serve in the fifth game. Jeevan served a double fault at 30-15 but the Pakistanis could not put pressure on their rivals as the Indians raced to a 5-1 lead. Serving to stay in the set, Shoaib was down 0-40, giving India three chances to close the opening set. Paes and Jeevan converted the second.

In the second set, Paes and Jeevan got a break in the eighth game to take a 5-3 lead, and the former then served out the match.

Last year, Paes became the most successful doubles player in Davis Cup history when he won his 43rd doubles match, surpassing Italian Nicola Pietrangeli during the tie against China.

On Friday, India took a 2-0 lead in the tie, with Ramkumar Ramanathan and Sumit Nagal picking up easy wins in singles.