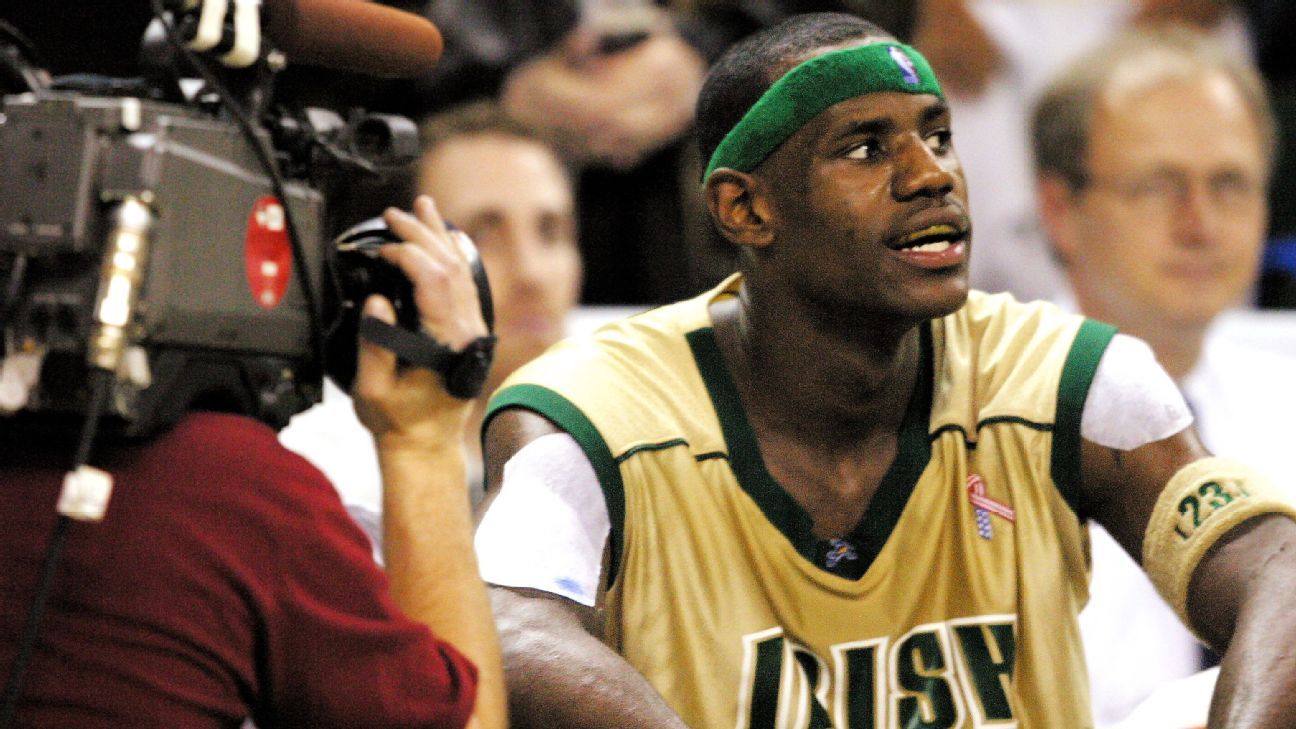 LeBron James turned 35 on Monday, and as he heads into his third decade in the NBA, there aren’t many titles that have escaped his grasp. He’s a four-time regular-season MVP, three-time Finals MVP, three-time All-Star Game MVP, and the only member of the 30,000-point, 9,000-rebound, 9,000-assist club.

But there’s one title he’ll never have: “Most Athletic” among the eighth-grade class of 1999 in Akron, Ohio.

A photo of James’ eighth-grade yearbook resurfaced on social media this week, showing not James but instead Virgil Robinson as the most athletic among the boys in the class. To add insult to injury, James’ first name was misspelled and placed under the wrong photo.

Not bad for a kid who wasn’t even voted “Most Athletic.”

If that wasn’t crazy enough, his 8th Grade Yearbook misspelled his name (LaBron) and mixed him up with another student. pic.twitter.com/5UqP76guc3

High school teammate Romeo Travis, who is in his 13th year of playing pro basketball overseas, backed up Robinson, who went on to play football at Bowling Green.

Virgil was the most athletic at the time. He played 3 sports https://t.co/4fD5LuQ175

James responded with a since-deleted tweet that included a plethora of laughing/crying emojis and said “Man knock it off Rome! … I don’t care if he played 1 million sports, wasn’t more athletic than me in 8th grade.”

How can this 20-year-old debate be settled officially? CJ McCollum, also a product of the northeast Ohio school system (no word on if he was named most athletic at GlenOak High School in Canton), had an idea.

We can’t just take y’all word . We need to hear from Virgil 😂🤣🤣 https://t.co/xLXiD1qQwy