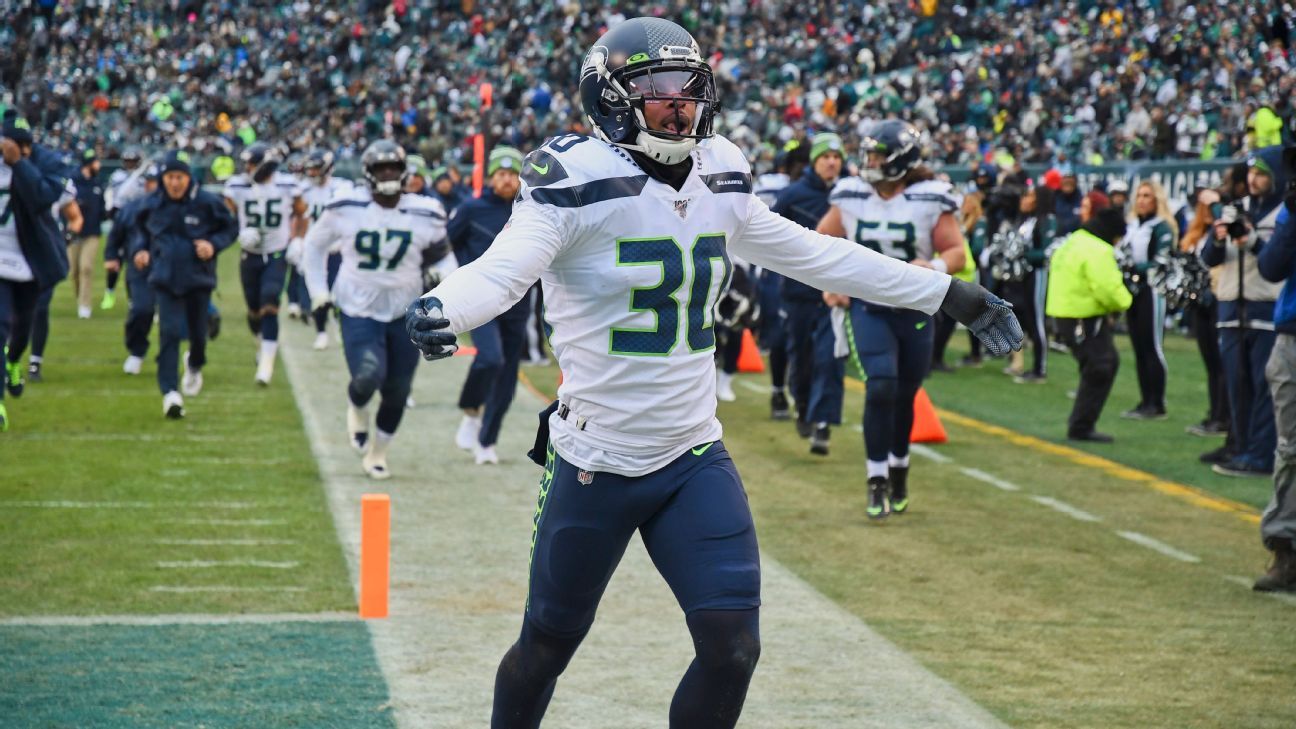 SEATTLE — A few inches means the difference of about 2,400 miles for the Seattle Seahawks.

That’s how short they were of the end zone on their final play Sunday night and how far they’ll have to travel this week as a result.

Had Jacob Hollister crossed the goal line on his fourth-down catch instead of getting stopped just shy of it, the Seahawks would have beaten the San Francisco 49ers and claimed the NFC West title. That would have meant the conference’s No. 3 seed and a home game against the Minnesota Vikings this weekend. But the Seahawks’ 26-21 loss to San Francisco means they enter the playoffs as the No. 5 seed and will make a return trip to Philadelphia to play the Eagles (4:40 p.m. ET Sunday) as a wild-card team.

The Seahawks won at Lincoln Financial Field in Week 12 for one of their seven road victories this season, the most in franchise history. Those accomplishments seemed to counterbalance the disappointment of their last-second loss.

“We’ve been road warriors all year,” coach Pete Carroll said. “Our guys have handled it well. Why? I know why we’ve done well on the road. Why we didn’t win more at home, we’ll talk about that in the offseason. But we’re not worried about going on the road, that’s for sure.”

To be sure, the Seahawks would have preferred to spend wild-card weekend at home. They’ve won 10 straight playoff games at CenturyLink Field — including six under Carroll — since a wild-card loss to the St. Louis Rams in January 2005. But they haven’t had the same home-field advantage in the regular season that they once enjoyed and, for whatever reason, were a better team on the road this season (see chart). Their four home wins tied their fewest in 10 seasons under Carroll.

While talking about the Seahawks’ success on the road this season, Carroll has made more than one mention of how they’ve settled into their travel routine. For games on the West Coast or in Arizona or Denver, they’ll usually leave the day before. For any games in Central or Eastern time zones, it’s two days before so players will have longer to adjust to the time change. They went 5-0 this year in 10 a.m. PT kickoffs, which have historically been difficult for West Coast teams traveling east.

If there were such thing as a good year to have to reach the Super Bowl the hard way — with three straight road wins — is this it?

“Yeah, it’s going to have to be,” linebacker K.J. Wright said. “This is what we’re up against. We’re going on the road. Gotta do it three times. It’s been done before. Plenty of teams have done it.”

Well, three teams have done it since the NFL expanded its playoff format to 12 participants in 1990. The only Nos. 5 or 6 seeds to reach the Super Bowl with three straight road wins in that span are the 2005 Steelers, the 2007 Giants and the 2010 Packers. All three won the Super Bowl.

The Packers’ and Saints’ victories in the early games Sunday reduced the Seahawks’ playoff possibilities to the No. 3 seed with a win over the 49ers and the No. 5 with a loss. With the possibility of a first-round bye out of the window by kickoff, the only thing the Seahawks missed out on by losing to San Francisco was one home playoff game.

And their playoff path doesn’t look materially more difficult than it would have been as the No. 3 seed. In that scenario, winning in the wild-card round would have sent them to New Orleans in the divisional round. If they win in Philadelphia, their likely second-round opponent would be the 49ers, whom they beat once on the road this season and were a few inches away from sweeping.

“I think we’re confident,” wide receiver Tyler Lockett said. “I think we’ve just got to stay true to it and not change anything, continue to travel the way that we’ve been traveling. But the thing about it is, the road isn’t going to be easy, and a lot of times you want the road to be easy, but that’s not what life is about. Sometimes it’s going to be hard … So if we’ve got to play away every single game, that’s fine. We’ll figure out a way to get it done.”