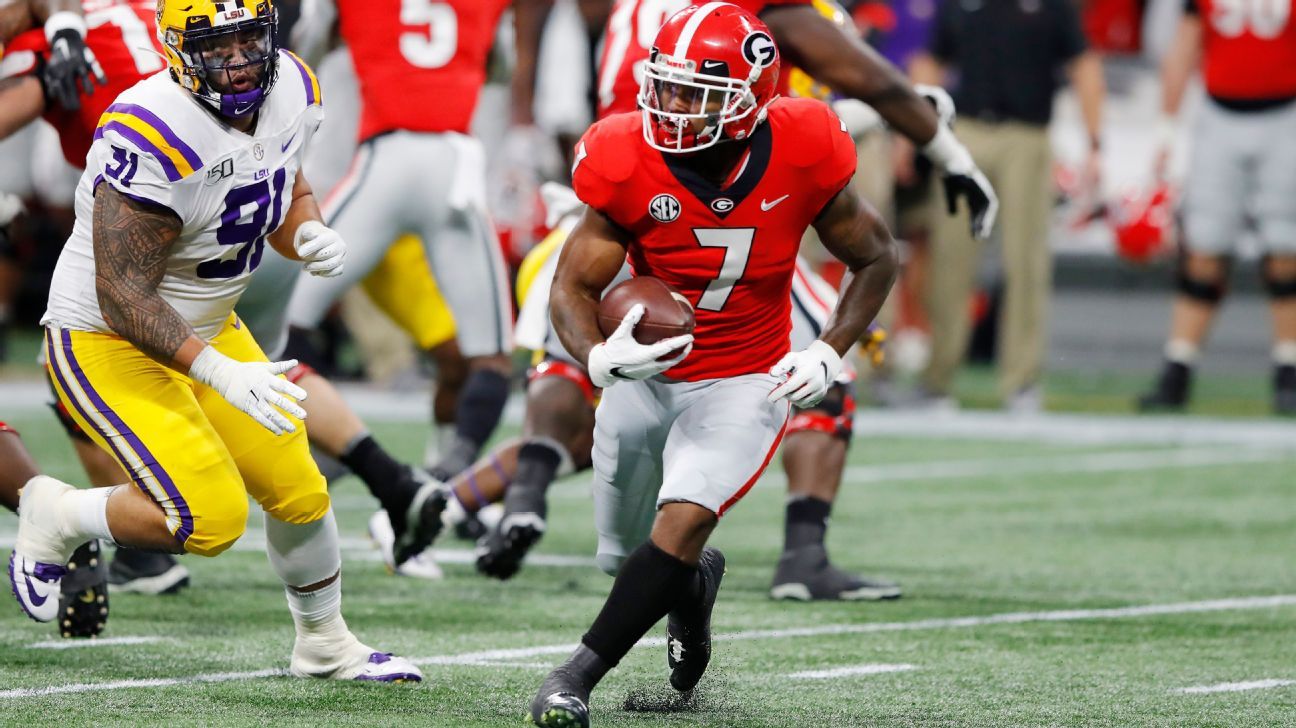 Georgia running back D’Andre Swift has decided to skip his senior season and enter the NFL draft.

He announced the decision on social media Friday evening.

ESPN NFL Draft expert Mel Kiper Jr. lists Swift as the No. 1 draft-eligible running back and the 16th highest-rated player overall on his Big Board.

Swift, a former top recruit from Philadelphia, played sparingly in Georgia’s bowl game because of a lingering injury. He rushed for 1,218 yards and seven touchdowns this season.

An adept pass-catcher, Swift caught a combined 56 passes in the past two seasons.

Georgia will be without its No. 2 running back next year as well, as Brian Herrien graduates.

Sophomore James Cook and freshman Zamir White, who both played as backups this season, return.

The Bulldogs will add to the mix former four-star recruit Kendall Milton, whom ESPN ranks as the eighth-best running back in the 2020 class.