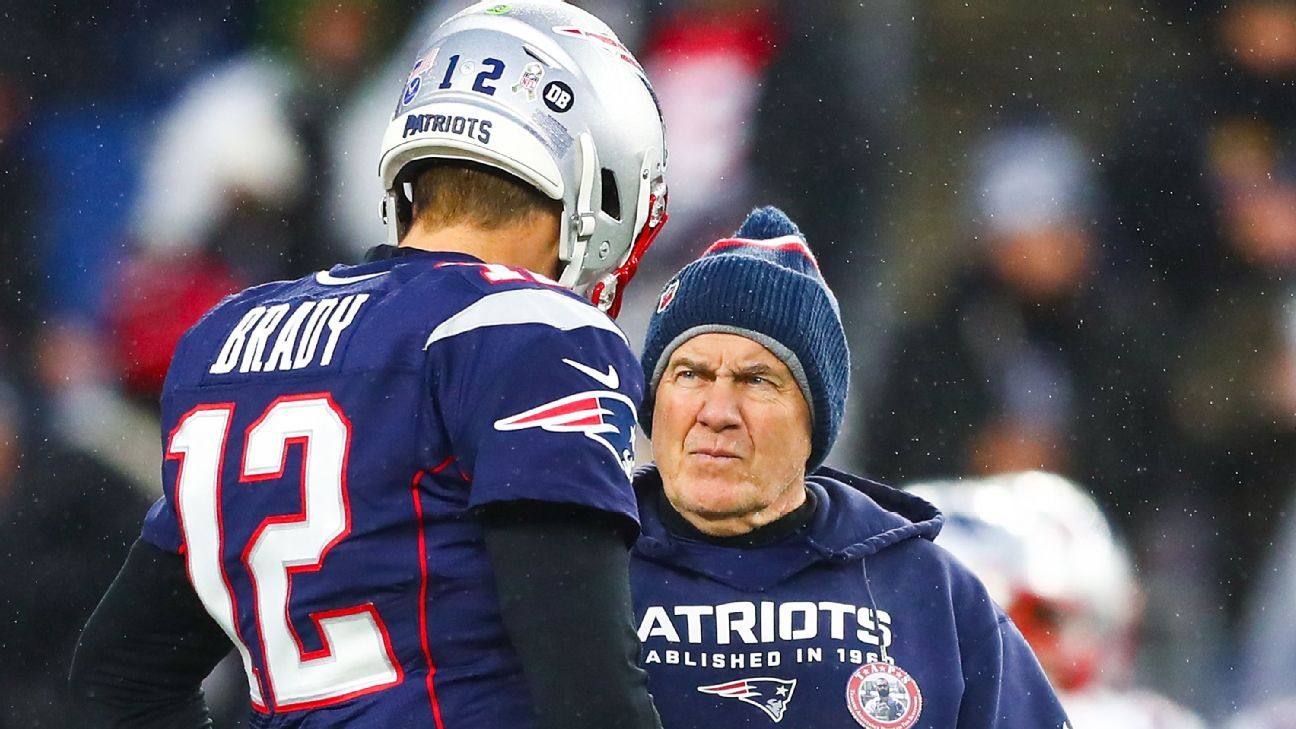 In a season-ending news conference about 12 hours after the Patriots were eliminated from the playoffs in a 20-13 loss to the Tennessee Titans, Belichick added that “nobody respects Tom more than I do,” but mostly deflected questions on the topic.

Brady, who is scheduled to become a free agent on March 18, said late Sunday night that retirement was “pretty unlikely” and “hopefully unlikely.”

Belichick was peppered with questions Sunday morning in an exchange with one reporter that edged toward getting testy.

Saying he didn’t have a timeline on when he’d begin discussions about Brady’s future, Belichick said, “Honestly, look, I know it’s out there just like there are a lot of other things out there. We could bring up 50 questions just like that one. I told you what my state is on that. So you can ask all 50 of them and it’s going to be the same answer 50 times. We’ve been working on Tennessee, it’s 12 hours after the game, I’m not going to talk a lot of things about the future because I’m not prepared to talk about it.”

But later, Belichick came close to acknowledging Brady’s situation was different based on his iconic stature in the organization.

With all decisions, Belichick said he needs time and noted they are collaborative.

“I want to give the proper attention and communication and detail and thought into my input into those decisions,” he said. “But any decision made is not an individual decision. There are other people involved. There has be some type of communication, understanding, agreement, whatever you want to call it. That’s not a one-way street. I hope you can understand that. One person can’t just decide what everybody else is going to do. …

“There’s a lot of time, thought and effort and communication that goes into that. Now is not the time.”