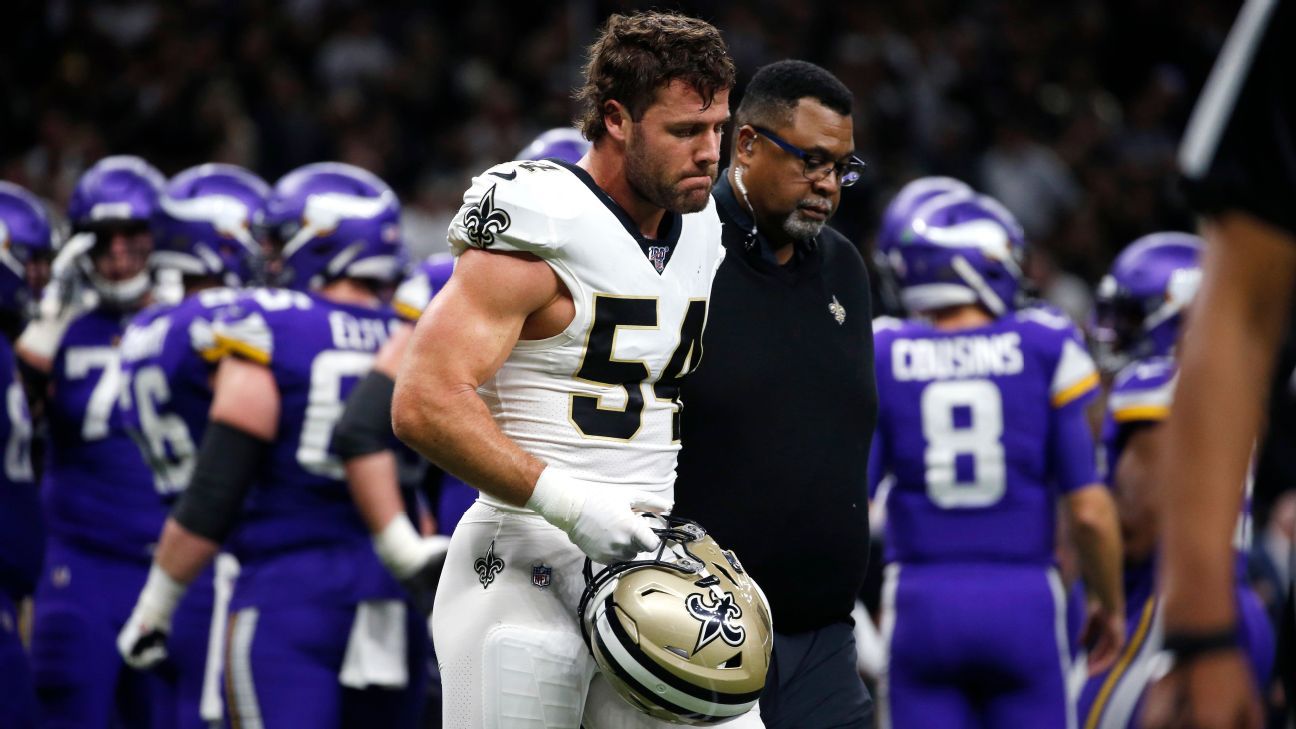 METAIRIE, La. — Linebacker Kiko Alonso tore the ACL in his right knee during the New Orleans Saints’ playoff loss to the Minnesota Vikings, a source confirmed to ESPN.

The news was first reported by the NFL Network.

Alonso, 29, has now suffered three torn ACLs dating to college. He tore the right ACL while at Oregon and the left ACL heading into his second NFL season with the Buffalo Bills in 2014. Alonso also sprained his knee during the 2015 season with the Philadelphia Eagles. But he obviously bounced back well enough from those injuries to have a productive career with the Bills, Eagles, Miami Dolphins and Saints.

He had at least 115 tackles in three straight seasons with Miami from 2016-2018. He played well this year in a part-time role with the Saints after being traded as part of the Dolphins’ youth movement and defensive scheme change in September.

Alonso became the Saints’ primary middle linebacker in base formations after they lost starter Alex Anzalone to a shoulder injury in Week 2. Alonso’s playing time increased to 33 snaps per game when he was healthy over the second half of the season.

The 6-foot-3, 239-pound linebacker had a total of 20 tackles and one batted pass over his final five games of the regular season while helping New Orleans finish with the NFL’s No. 4 run defense — though he also missed three games in December with a quadriceps injury.

Alonso still has one year remaining on his contract. But he and the Saints would likely have to agree on some form of paycut to keep him in New Orleans. He is due to make $7.85 million in 2020, including a $1.45 million roster bonus.