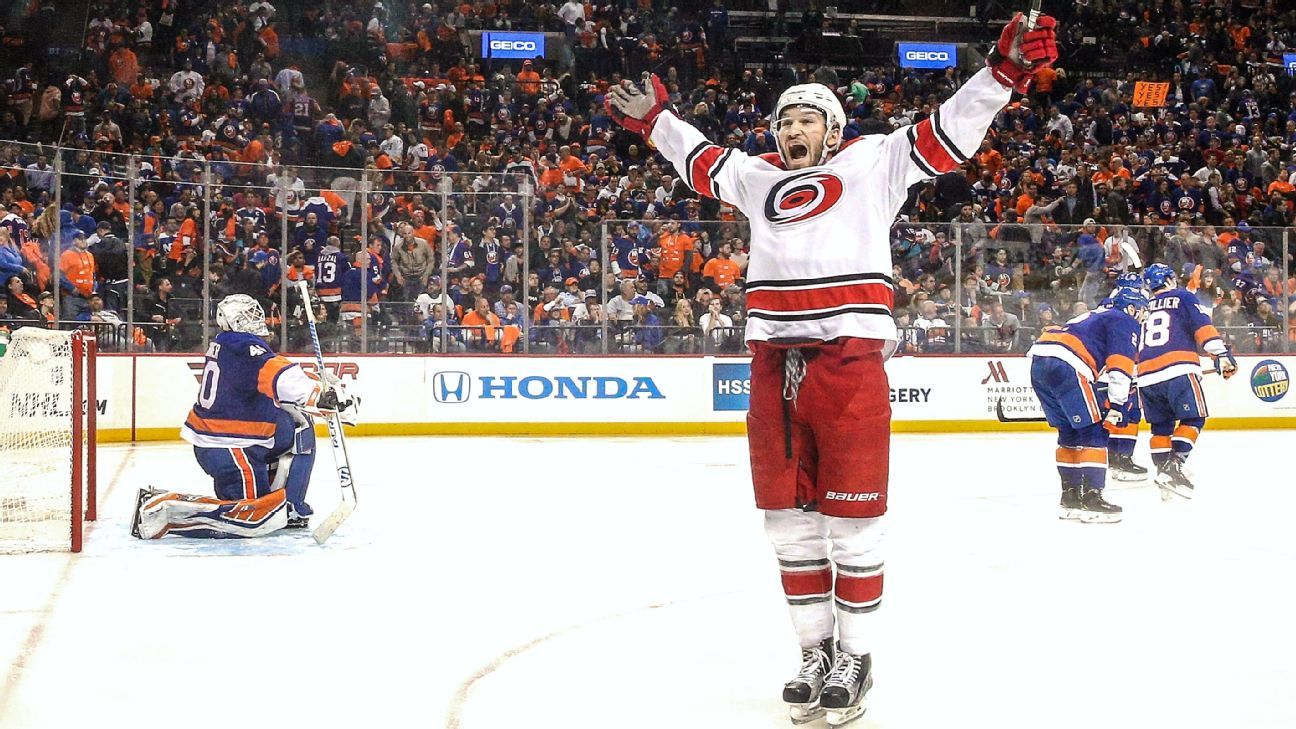 Williams, 38, had said in September he was taking a break from the game, but will now be suiting up for his 19th season.

The Hurricanes said Williams will earn a base salary of $700,000 for the rest of the season, with the chance to earn an additional $1.3 million in bonuses.

“We’ve been in frequent contact with Justin over the last few months regarding his status,” said team president and general manager Don Waddell. “We’re thrilled that he has decided to return to playing, and we’re confident that adding him to our group will help us both on and off the ice.”

The right winger is a three-time Stanley Cup champion, once with the Hurricanes and twice with the Los Angeles Kings. He won the Conn Smythe Trophy as playoff MVP with the Kings in 2014, when he had nine goals and 16 assists in 26 postseason games.

His return to the Hurricanes had been speculated for a while, and seemed certain when he was spotted chatting with team owner Tom Dundon at Tuesday night’s game against the Flyers, a 5-4 overtime victory.