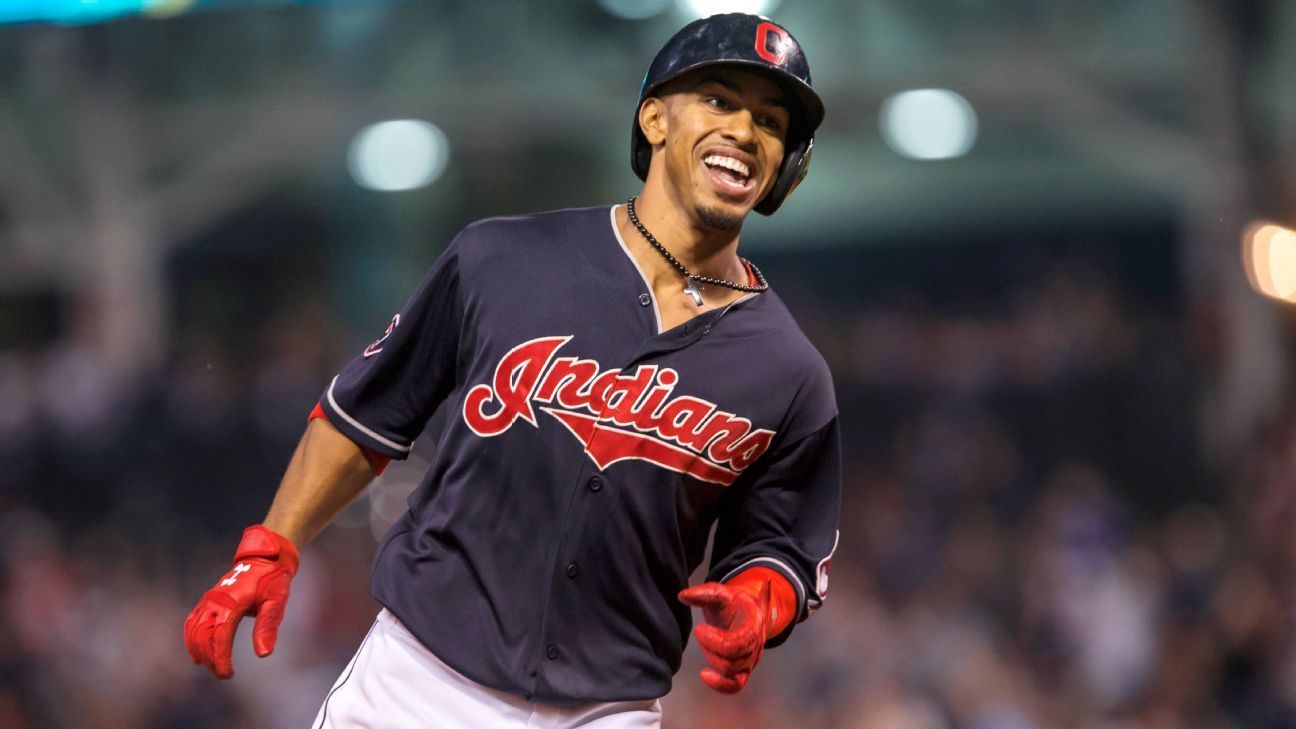 CLEVELAND — Francisco Lindor‘s status with the Indians has been slightly upgraded.

Team president Chris Antonetti said Wednesday he’s more confident the All-Star shortstop will be in Cleveland’s lineup to start the season after the Indians didn’t receive a trade proposal to their liking over the past few weeks.

Antonetti did not disclose specifics about what has been offered for Lindor, a four-time All-Star and one of baseball’s best all-around players. Cleveland has him under contract through the 2021 season, but the Indians have been unsuccessful in their attempts to sign him to a long-term deal. There appears to be little chance he will re-sign. Offseason rumors much of the winter connected Lindor to the Dodgers, Reds and Padres, among other teams.

Antonetti believes Lindor will be around for at least a little while. “I still have every expectation that Francisco will be our shortstop Opening Day,” Antonetti said on a conference call. “I’m more confident today in saying that, as more of the offseason has passed. But that’s still our expectation.”

Lindor’s uncertain future hangs over the Indians like a storm cloud ready to burst. The 26-year-old has become the face of the franchise, a rare player who drives ticket sales and drives in runs while performing defensive wizardry. The team understands that the longer it hangs on to Lindor, the tougher it will be to get a quality package of players in return.

Cleveland won 93 games last season, just missing the playoffs, and the Indians expect to be in the postseason hunt again this year, assuming Lindor is on the roster.

“I don’t think it’s constructive to get into specifics on any individual player, on what trade conversations we’ve had or haven’t had,” Antonetti said, remaining consistent with a message he has delivered for months. “I don’t think that’s fair to the player, and I’m also not sure it’s most constructive for our dialogue with other teams.”

Earlier this week, the Indians said Lindor will be appearing at the team’s fan event on Feb. 1. The team did note that the list of players scheduled to attend is subject to change, and there’s always a chance Lindor could get moved if the Indians get the right proposal.

But Antonetti said that hasn’t happened, and he’s not sure if it will.

“I have never had a different expectation other than Francisco will be our shortstop Opening Day,” he repeated. “That was my expectation when the season ended, that’s still my expectation as I’m sitting here today. I can’t control the conduct of other teams as far as them calling us with interest and wanting to explore things.

“We have a responsibility to be responsive to those teams when they engage with us. I can say that we’ve had conversations on the majority of our major league roster and a bunch of players in our minor league system over the course of the offseason. The majority of those guys, other than just a couple, are still with us.”

The Indians did make one alteration to their infield this winter, signing free agent Cesar Hernandez, who spent the past seven seasons with Philadelphia. Hernandez fills the hole created by the team’s decision not to re-sign Jason Kipnis, and it means Jose Ramirez will stay at third.

“We had targeted Cesar as a really good fit for our roster and to complement the group of guys we have,” Antonetti said. “We’re excited that we were able to get that done and bring him into the fold.”