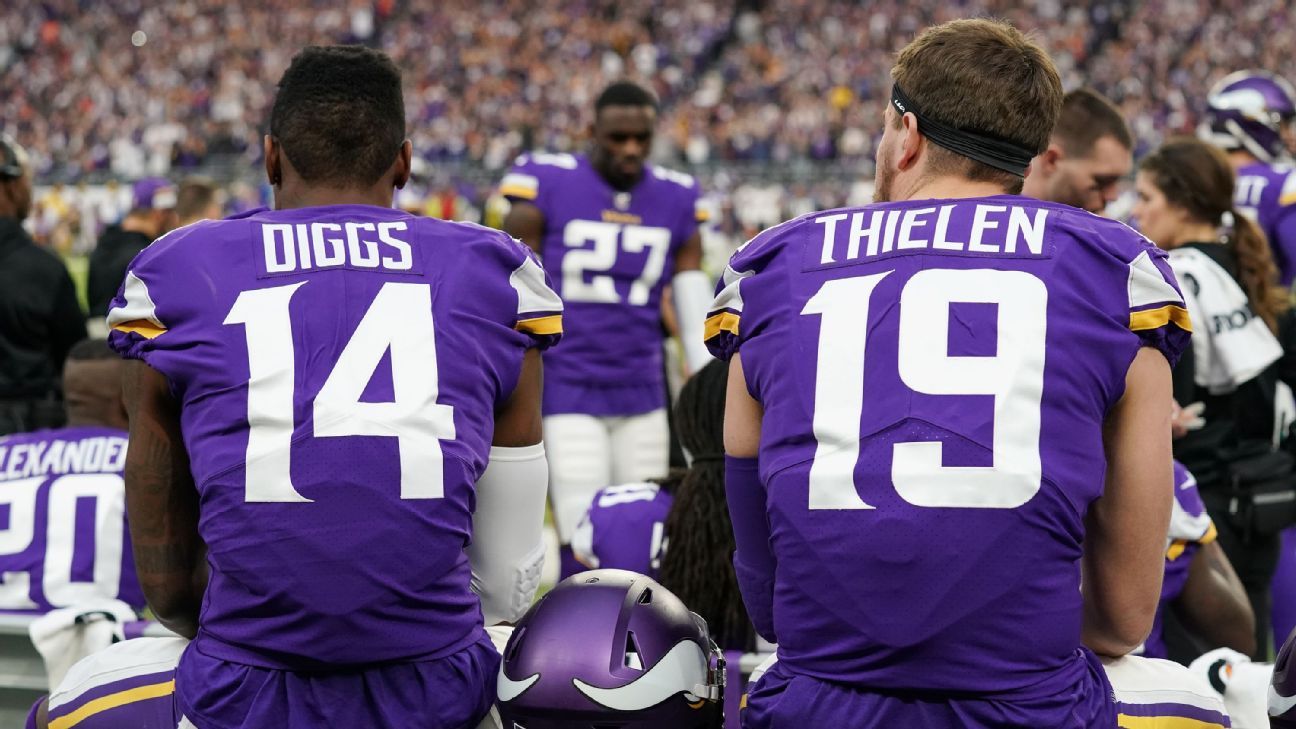 EAGAN, Minn. — Already without Stefon Diggs for a second straight day, the Minnesota Vikings got more bad news at the wide receiver position with Adam Thielen suffering an ankle injury in practice Wednesday.

Thielen, whose overtime catch set the Vikings up for a 26-20 win against the New Orleans Saints in the NFC wild-card game Sunday, was listed as limited on the team’s injury report and was not seen walking off the field following practice.

He was scheduled to speak with the media Wednesday, but his session was postponed.

Diggs, meanwhile, is dealing with an illness, and coach Mike Zimmer did not express concern over how his absence might affect his availability to play at the San Francisco 49ers on Saturday.

This is Thielen’s second injury this season. He hurt his hamstring in the first quarter of a Week 7 win at Detroit and made a brief return in Week 9, only to reinjure himself early in a loss at Kansas City.

The Vikings shut Thielen down for the next six weeks until he returned against the Los Angeles Chargers on Dec. 15.

Thielen’s breakout performance against the Saints — seven catches for 129 yards — came after totaling 109 total receiving yards in the last five games he played in 2019, including a Week 16 loss to Green Bay in which he was held without a catch.

The Vikings on Wednesday were also without safety Jayron Kearse (toe/knee) and nickel corner Mackensie Alexander, who is slated to have surgery to repair a tear in his lateral meniscus, a league source told ESPN. Nose tackle Linval Joseph was upgraded to limited participation with a knee injury.