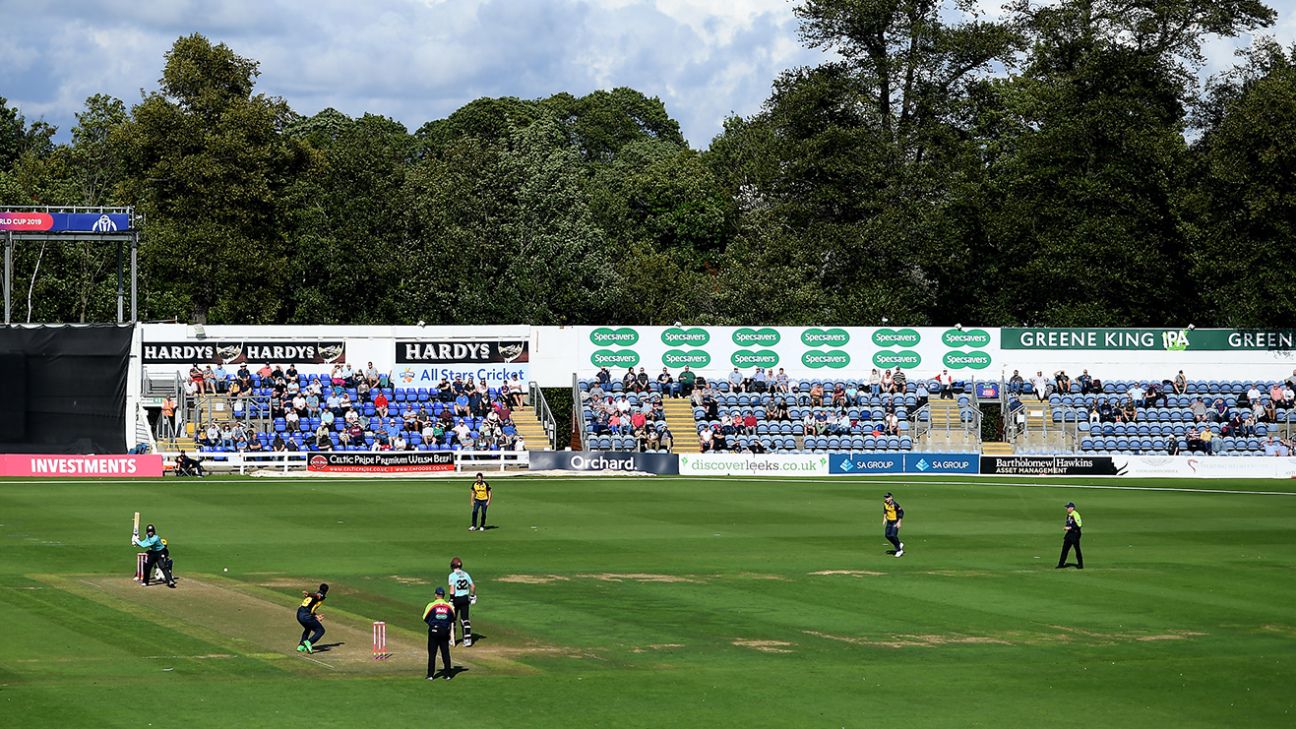 The ECB have announced that the majority of adult tickets for the Hundred will be priced at £30 or less in an attempt to boost attendances, with under-16s tickets available at £5 each and children under five admitted for free.

While there is some level of discrepancy depending on venue and timing, the competition’s managing director Sanjay Patel stressed that the ECB had “put families at the heart of our ticket pricing for the Hundred”, with some tickets cheaper for the new tournament than for Vitality Blast games at the same venues.

Despite many of them voicing concerns about the competition and its perceived implications for their clubs, county members will have first access to tickets in a pre-sale window from January 15-31. That is followed by a priority window for fans who have registered interest in the competition on its website from February 12-28, while general sale begins on April 8.

The ECB’s chairman Colin Graves suggested last month that an occupancy rate of 60-65 percent was the minimum standard, and that “if we get above that it will be a success”.

And while there are unlikely to be many problems selling out Lord’s or The Oval, games at the Ageas Bowl and Cardiff could prove to be a harder sell.

To use Cardiff as an example, Glamorgan’s total attendance in the Vitality Blast last summer was 31,266 across seven home games, giving an average crowd of 4,467 at a 16,000-seater venue. The county stressed that poor weather and clashes with other sporting fixtures in the city had affected their crowds, but with two of Welsh Fire’s home games scheduled for Sunday evenings and another on a Tuesday, it could be equally tough to shift tickets for those games.

ESPNcricinfo revealed in October that some grounds fear the decision to stage games on every day of the week will create challenges for ticket sales, with games on Monday and Tuesday evenings expected to be a hard sell. Next year’s T20 Blast, by contrast, sees a majority of fixtures scheduled on Thursday and Friday nights or on weekend afternoons.

Tickets for the women’s competition start at £8, with a top early-bird price of £18, while tickets for the men’s tournament range from £10-35 at their initial price. For men’s and women’s finals day, which will be held at Lord’s and Hove, tickets will be available from £30 and £12 respectively.

“We can’t wait to welcome cricket fans and those new to the sport to the opening season of the Hundred to see England’s World Cup heroes Ben Stokes, Eoin Morgan and Heather Knight play,” Patel said.

“We have put families at the heart of our ticket pricing for the Hundred. When compared with summer holiday favourites and other major sporting events, the Hundred offers brilliant entertainment and tremendous value. Buying early will guarantee the best value tickets with compelling prices available across all men’s and women’s matches.”